The Reformed theologian wrote more than 90 books. His desire was to “equip Christians to articulate what they believe, why they believe it, how to live it, and how to share it”. 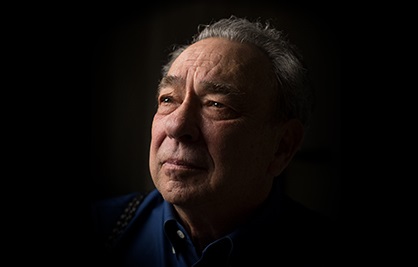 On December 14, R.C. Sproul died “after being hospitalized twelve days ago due to severe respiratory difficulties”, Ligonier Ministries said. He was 78.

The well-known Reformed theologian hosted radio shows, was an international speaker and wrote more than 90 books (including “Everyone’s a Theologian” and “Defending Your Faith”) to help Christians understand the central doctrines of Christianity.

“R.C.” founded Ligonier Ministries in 1971. His aim was to “equip Christians to articulate what they believe, why they believe it, how to live it, and how to share it”.

Sproul was an ordained minister in the Presbyterian Church in America, he was a co-pastor of St. Andrew’s Chapel in Sanford (Florida).

He was involved in crafting the 1978 Chicago Statement on Biblical Inerrancy, which was signed by over 300 evangelical scholars.

“It belongs to others in the days, weeks, months, and years ahead to assess the impact of R.C.’s ministry in the history of the church”, a note on Ligonier Ministrie’s website says. “In this moment, we feel loss - immense sadness and profound loss - the loss of a pastor, a teacher, a leader, a brother-in-Christ, a friend. R.C. now sees the object of his faith, the risen Christ, high and lifted up”.