Talent show singers Amaia and Alfred will perform the ballad in Lisbon. Songwriter Sylvia Santoro: “I believe God has put things in the right place and time”. 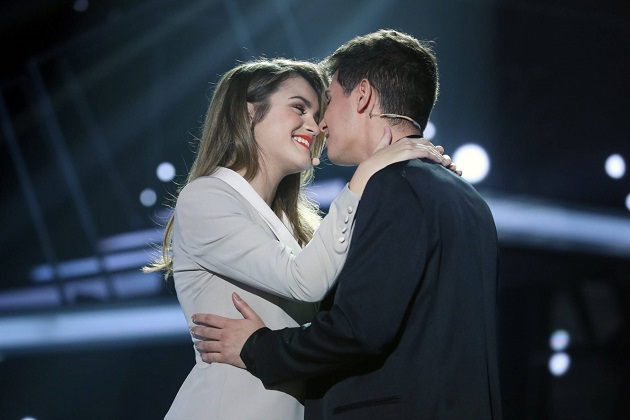 Amaia and Alfred will perform in Lisbon the song authored by Raul Gomez and Sylvia Santoro. / RTVE

Sylvia Santoro and Raul Gomez, two committed Christians, have written the song that will represent Spain at the 2018 Song Contest.

Pre-selected among dozens of songs, the ballad “Tu Canción” (Your Song) beat the eight other finalists in the Spanish Eurovision gala on talent show “Operación Triunfo”. For days, the social media has been abuzz about who should represent Spain at the European music festival. 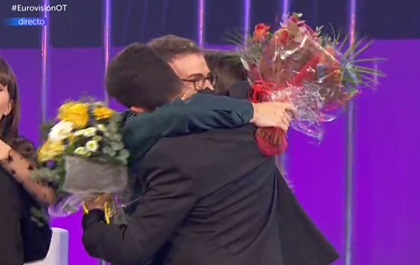 Critics, music industry experts and popular artists agreed that the duo formed by Amaia (19) and Alfred (21) – a couple in real life and known together as ‘Almaia’ - should be the ones to “make Europe fall in love” with Santoro's and Gomez's song.

They got 43% of the votes, with tens of thousands backing the duo. “Yesterday, the Spanish voted wisely, with their heads and with their hearts”, wrote the newspaper El Mundo the day after. A few days eralier, a tearful member of the jury described the song as a “gift”.

“Tu Canción” (Your Song) is about a couple who finds love as if “we danced for the first time”.

I never could imagine

That travelling to the Moon wold be real

You turn everything upside down

When you kiss my forehead and I discover why

Of my travelling mind which follows your feet

I know that in you I can find

The voice that envelops me if the weather is bad

Everything is perfect if you are there

By my side as we create a new city

I only want your song, oh

SYLVIA SANTORO: “WE ARE VERY THANKFUL” 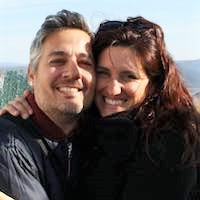 “I knew the song had to go through a long selection process. The fact that they chose ‘Tu Canción’ made us very happy. It is difficult to explain. We only know that we are very thankful”, co-author Sylvia Santoro told Spanish website Protestante Digital.

Sylvia is an artist with two published music albums, including worship songs that are frequently sung in evangelical churches. She is a former GBU (IFES, student ministry) worker.

She wrote the lyrics to “Tu Canción” with her nephew Raul, also a musician, who composed the music. Raul was known to the general public since winning another talent show (“El Número 1”) in 2013.

“Raul has been in London in the last few years. He has been receiving training and attending Hillsong church, as well as composing music. Several times we have worked together on the lyrics. I am his number one fan and I believe his talent is a gift from God”, said Santoro.

“GOD HAS PUT THINGS IN ITS PLACE”

Several recordings of their Eurovision song have hundreds of thousands of views on Youtube already. Raul introduced the song to Amaia and Alfred in the reality show and was congratulated during the gala after "Tu Canción" emerged as the winner. 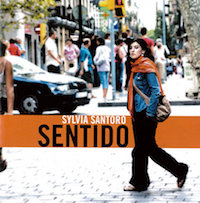 “God is good. If Raul had entered the showbusiness just after winning ‘El Número 1’, when he was 19 years old, he would not have had the maturity he has now, five years later. I believe God has put things in the right place and the right time”, Sylvia says about her nephew.

Santoro is married and has two children and works as adjunct coordinator of international students with a Christian university and as a teacher of Sevillana dance in Seville. After a time of “being a mummy and building a home”, recently she has been thinking of starting new musical projects. “I am composing again, and I am asking God to guide me to wherever he wants me to go”. 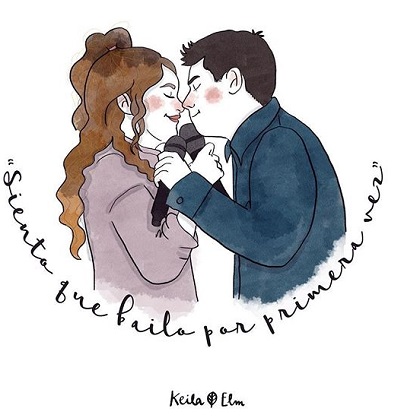 The next edition of Eurovision will be held in Lisbon (Portugal) on May 12, 2018.