“We can trust what the gospels tell about Jesus”

The historian Mario Escobar describes historical aspects of the key week in the life of Jesus, whose historicity is sometimes questioned by sceptics. 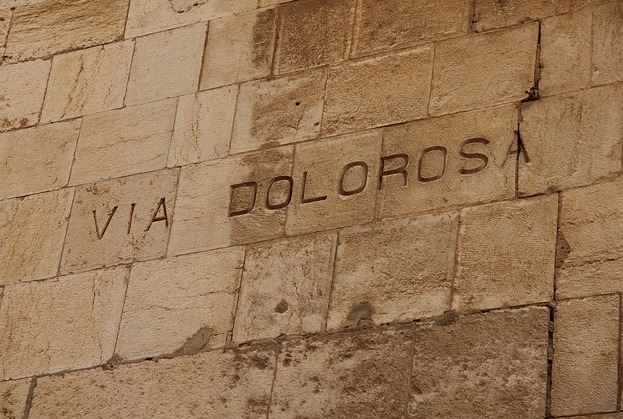 Jerusalén is the scene of the week that changed history. / Pixabay

It is Easter, hence there is an increase in television reports and programs about the figure of Jesus Christ.

Although he lived almost 2,000 years ago, his person and work continue to spark great interest.

In an interview with Spanish news website Protestante Digital, the historian and writer Mario Escobar clarifies some of the questions that arise about Jesus, the gospels and their historicity.

Question. We know that there are not many written sources about what happened in Israel in the first century. But apart from the gospels, what are the most reliable accounts?

Answer. It is true that there was not as much documentation as we could have today of what was happening then. We must bear in mind that Israel, Palestine, an area conquered by the Roman administration, was a secondary part of their empire. That's why we do not have so much data of historical events.

However, there are some. Flavius Josephus is one of the historians who best and most talked about Jesus. In his work, he mentions that he was a master who taught the truth, and he even details his death and how his followers spoke of his resurrection from the beginning.

Josephus says that since then there was a sect whose members received the name of Christians.

The Talmud, one of the sacred books of the Jews, in the first book of Mishá, talks about that time as well, about the apperance of someone they called a "false prophet". In a later dialogue with Saint Justin, Jesus is mentioned and historical data are given.

Apart from these sources that come from Israel, there are other pagan historians, such as Tacitus, who writes about how the Christians emerged in his History of Rome - written in 116 AD. He recalls the burning of Rome, which caused one of the great persecutions against Christians, carried out by Nero.

There are more historians who mention aspects about the early Christians and about Jesus: Pliny the Younger, Suetonius, and others.

Q. Some historians discarded the four gospels as just "faith narratives". Are there historical aspects that we can consider reliable in the stories of the evangelists?

A. This can be approached from two different sides. On the one hand, there is the reliability of the texts: see if the gospels were written close to that time, and see if the texts that we today are the same. Then, you have to see if what the texts says is reliable.

Much research has been done on the origin of these texts. Throughout history, especially with the new techniques of manuscripts, it has been proven that the oldest fragments are from the 2nd and 3rd century.

There are papyri of the Gospel of Matthew that come from the middle of the second century. We have texts from Luke, John and Mark from the 2nd and 3rd century. Keep in mind that two of the gospels were written by eyewitnesses (Matthew and John) and the other two with the testimony of people who had been with Jesus, which is another important guarantee. The truth is that they have arrived to us today very accurately. 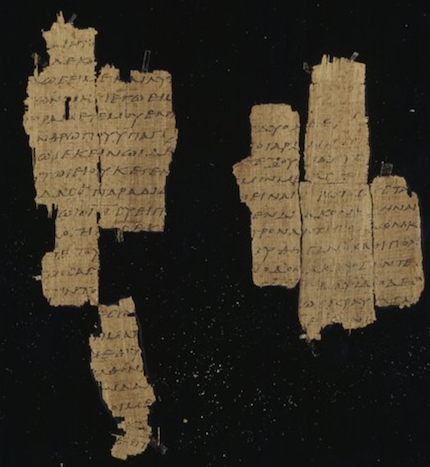 There are texts of which no one doubts their veracity or reliability, such as the Dialogues of Plato or treatises of Aristotle, whose full content was not available until the 7th or 8th century. And there were only a handful of manuscripts.

However, there are many texts from the New Testament: the full gospels, fragments, books... At that time, a hundred years of difference with the facts is very little. The reliability of these documents is very high.

Q. Broadly speaking, what are the social and political conflicts that take place in the area of Palestine during the years of Jesus' ministry?

A. It was a turbulent time politically and socially. The Roman Empire was consolidated, leaving the Republic behind. It was growing, but it was also the beginning of a breakout between the patricians and the plebeians.

Additionally, there was a debate about whether to extend Roman citizenship to the provinces, and little by little these people were allowed to acquire nationality.

Israel was divided in different territories, but all of them were under the Roman Empire. There were also three main groups in Israel that tried to dominate the political and religious sphere.

First, there were the Pharisees, one of the greatest sects, who received the message of Jesus at first with some optimism, because they agreed on some doctrines, such as the immortality of the soul.

Then there were the Sadducees, the ones who had more political power at that time. They were more elitist, but of this sect were the last high priests, the most important religious figure of the time.

Thirdly, the Essenes, a not so well-known group, living far from Jerusalem. They were against the way that the Sadducees and Pharisees had submitted to the Romans and had "prostituted" themselves, letting the invaders dominate the religious and political scene of Israel.

There were several groups that tried to fight against the established power through guerrilla warfare, they tried to politically destabilize the Roman Empire. They fought against the Herodian monarchy that had been imposed.

In the midst of this very turbulent and violent time, when a movement as multitudinous as that of Jesus arose, both the Roman political power and the Jewish religious power became disturbed, not only because he might be the Messiah, but also because of the fear that the Romans could repress this revolt and affect their interests.

Q. It is Easter and we see many images of Jesus crucified. Was it usual for the Romans to crucify the condemned?

A. The crucifixion was not something exclusive to the Romans. It is believed that the first crucifixions occurred in the Assyrian empire and that other kings, like Alexander the Great, adopted it as one of the most cruel and degrading punishments.

It was an immediate death sentence. Sometimes whole crowds were crucified after the conquest of a city. 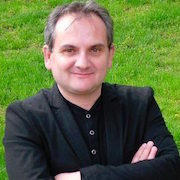 The Roman Empire had used it in various contexts, not only as a punishment for war, but also as a judicial sentence. The civil trials in which someone was judged for treason or murder could apply this sentence.

Although it was not so common to use it with someone like Jesus, who had been accused of blasphemy by the Sanhedrin, he, indirectly, was also accused of rebellion for proclaiming himself King of the Jews.

The crucifixion of Jesus was unjust and unjustifiable. The guarantees that Jews would have had before a court were not fulfilled.

On the other hand, the crucifixion probably was not like the popular iconography shows. Normally they were crucified in the form of an X. Furthermore, usually they were not nailed to the cross. Jesus did get nailed, but not in the palms of the hands, but in the wrists, as a form of subjection. It was a cruel and slow way of killing.

Q. Some consider that Jesus' project was political, and therefore his story is like that of other Jewish leaders who attempted a revolt against Rome. What was different about Jesus for history to remember him?

A. It is curious because there were many who rose up against the Roman Empire. The Jews had been waiting hundreds of years for the coming of the Messiah and it is normal that there were people who tried to take advantage of that expectation to progress economically or gain fame.

But Jesus had a totally different character. He never tried to reach political power, or to stage a military coup. He was always a master of the law.

Besides, miracles were attributed to him from the beginning and the crowd, especially in his first year of ministry, followed him en masse. But many followed him as also because his message was very fresh and different from what they had heard until then.

Jesus, without contradicting the Law, interpreted it in a different way. For example, when he says that the Sabbath was made for man, and not the other way around.

He put the Law, which the Jews had multiplied with thousands of other regulations, as an aid to approach God, to know him, to realize our limitations and our sins.

That new message, even after his death and resurrection, caused many to continue spreading the message throughout the world and extending it. That message was very deep and many sincerely believed that Jesus was not a simple man, another persecuted prophet, but that he was God made man, resurrected, giving hope to people who believe in Him.

It captivated the society of his time. It spread very quickly, even in a pagan society, full of gods and in which the mystery religions began to be practiced.

Christianity managed not only to prevail, but to excel. Today Christianity is the most widespread religious practice in the world and continues to captivate millions of people.

Published in: Evangelical Focus - culture - “We can trust what the gospels tell about Jesus”