Joanna Schmid is 15 years old but has already published her first book: “Leah’s Mission: Betrayal in Rio”. The novel touches on a very relevant issue: the future of religious freedom. 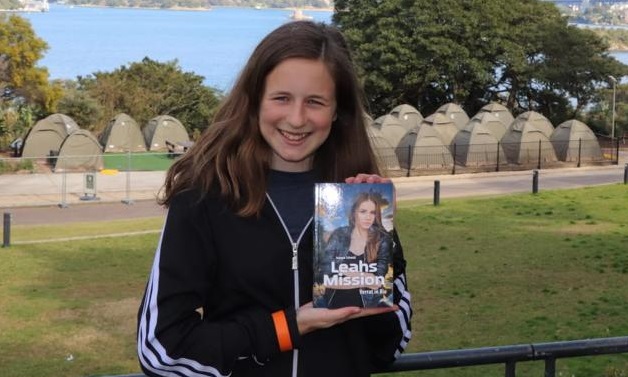 Joanna lives in the Canton of Bern with her parents and siblings, and started writing the 312-page book when she was 13.

Evangelical Focus asked Joanna about her own Christian faith, the beliefs ot other people in her generation, and one of the issues raised in her book: the future of religious freedom.

Question. It’s not that usual that someone as young as you gets a book published. What have you learned in the whole process?

Answer. One of the things I have learned is not to just give up when something is not working as hoped. I also have learned about the importance of having a plan and some organised thoughts before starting to write something that will be complex.

Much patience is needed in the whole process of revision, and in this time I have valued the support of my editor, my family and friends very much.

Q. How would you briefly summarise the story of “Leah’s Mission: Betrayal in Rio”?

A. The story is about Leah and it happens in 2084. During her training as a special agent, she is sent to a mission. Alongside her colleagues, she has to find out if there are people living in South America, where it is thought there are no inhabitants left.

When they suddenly meet a group of Christians, they enter into a conflict, because their government forbids religion, and their obligation is to report these Christians to the authorities.

But Leah starts to realise new things about the government she works for, as well as about her own family’s past. She will meet the enigmatic Janic, and learn about a prophecy that will shed a light on her calling. 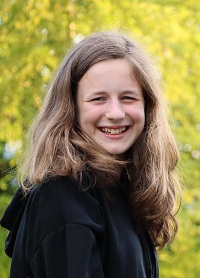 Q. Freedom of religion is a very relevant debate in Europe these days. Your book does address the issue...

A. Yes, I think many countries will move towards a similar the direction of that that I describe in my novel. But I don’t think everything in my story can be compared to reality, some things in my novel are very improbable.

Q. Have yourself experienced fear to openly speak about your faith, of being ridiculed for following Jesus?

A. Sometimes in the past, it felt difficult for me to openly speak about faith. In some classes, fellow students pupils would make fun about the fact that I prayed and went to church; at times I felt I was being misunderstood, because many would represent the Christian faith as something boring and old-fashioned.

Now I am bit less frightened about sharing my faith. When people have prejudices, I just try to respond by with my behaviour. I value the thrilling discussions on the topic of religion with Muslims and Atheists, and it is a way of learning and getting more experience.

Q. How do you think people In your age experience the Christian faith?

A. Most of the people in my generation are basically open to the Christian faith, but reject it when they perceive it as “too radical” in issues that go against the spirit of the age.

Most in my age believe in some sort of higher power, but would not define it. Others are “Christian” because the country (and the family) is supposed to be Christian.

Many relate the Christian faith to second chances and love for one’s neighbour, but have not really understood that this has not just to do with praying, reading your Bible and doing good works, but also with Grace and a relationship with Jesus. 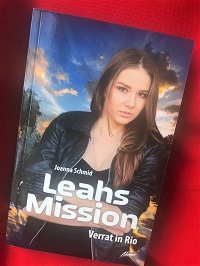 Q. If you could communicate one thing to all the readers of your book, what would it be?

A. It would be that no one should have the expression of their faith restricted by social regulations and general prejudices. Everyone should search for the truth without preconceptions. When we make a decision, then this belief should be free, and not dependent on others.

Q. Do you plan to study something related to writing in the next years?

A. I could imagine myself studying something in the field of journalism, creative writing or else. But even if it were “just” a hobby, I would love to continue writing. There are other professions that I find interesting – at the moment, I have no clear plans about my future.

Published in: Evangelical Focus - culture - “Many in my generation believe in some sort of undefined higher power”