The work is based on the trilemma put forth by C. S. Lewis, which affirms that the person of Jesus Christ would necessarily fall into one of three categories: Lord, liar or lunatic. 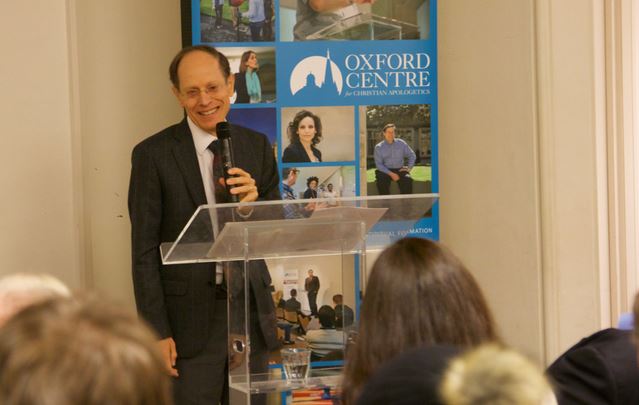 Pablo Martinez, at the presentation of Mad or God?, in Oxford, October 15, 2018 / Photo: Darren Quinnell

The Oxford Centre for Christian Apologetics (OCCA) hosted a warm gathering on October 15 for Dr. Pablo Martínez and Professor Andrew Sims to launch their new book, Mad or God? Jesus: The Healthiest Mind of All (InterVarsity Press).

Martínez is a psychiatrist, an international speaker and a Bible teacher whose books have been published in 16 languages. Additionally, he currently serves as president of the Spanish Fundación RZ para el diálogo entre fe y cultura. Sims is a world-renowned authority on the study of the symptoms of the mind (psychopathology) and a former President of the Royal College of Psychiatrists.

Mad or God? is based on the trilemma put forth by the British writer, C. S. Lewis, which affirms that the person of Jesus Christ would necessarily fall into one of three categories: Lord, liar or lunatic. As the book title indicates, the authors delve into the “lunacy” aspect of the trilemma, evaluating the mental health of Jesus via nine different tests.

“Imagine someone with a mind so healthy that he doesn’t need to see a psychiatrist. Ever. Yet he runs the gauntlet of mockery and false accusations. People disown him. He stands alone. Amazingly, over two thousand years after his death, accusations still fly. It’s time to speak up”, reads the back cover. 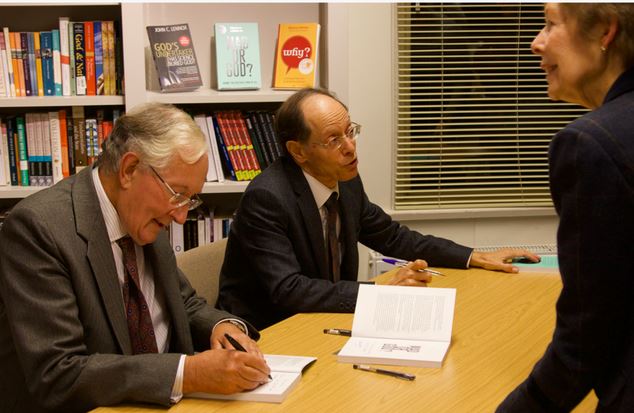 In the first part of the book, Professor Sims and Dr. Martínez seek to provide evidence that Jesus wasn’t mentally ill through chapters as interesting as “The test of psychiatry: was Jesus mentally disturbed?” or “The test of psychosis: ‘out of his mind.’” In the second part of the book, the authors provide evidence via the five remaining tests that Jesus not only enjoyed perfect mental health but also exhibited “the healthiest mind of all.”

Ian Smith, executive director at RZIM Zacharias Trust, opened the evening saying that it was an ideal moment to recognise not only a new book but also the lives of the two authors as followers of Jesus, both “tremendous examples of the fruit that is born through a long apprenticeship.” Smith also read messages from several people in their absence from the event, including the author and social critic Dr. Os Guinness and Dr. Peter Saunders, CEO of the Christian Medical Foundation.

Sharon Dirckx, senior academic tutor at OCCA, gave an endorsement of the book as a scientist and apologist. Dirckx, who gained her doctorate in brain imaging at the University of Cambridge, mentioned that the subject of the book was of particular interest to her ongoing study in neuroscience.

Emeritus Professor of Mathematics at the University of Oxford John Lennox, who wrote the foreword, gave the main address, focusing on the content and aims of the book. He stressed the need and relevance of Mad or God? for both Christians and sceptics who are seeking to understand the affirmations of Jesus.

“Pablo and Andrew take us into a journey, not into a geographical landscape but into a mental landscape that involves us getting to know a person, not just a set of facts — and you can’t do that from a distance, without involvement”, he said.

Both authors shared their perspectives on the process of writing the book, which was the initiative of Martínez in 2014. Both were conscious that they had several challenges before them — different styles, different fields of psychiatry, even different languages — but expressed that they were amazed at “how God weaved our faith and professional practice together.”

Their friend David Cranston, Associate Professor of Surgery at the University of Oxford, closed the event, after which there was time for book signing. Mad or God? will be available in Spanish in the near future.