Is there Biblical basis for the Assumption of Mary?

“Mariology stands at the core of Roman Catholic doctrine and practice and is not a secondary issue”, says evangelical theologian in Rome Leonardo De Chirico. 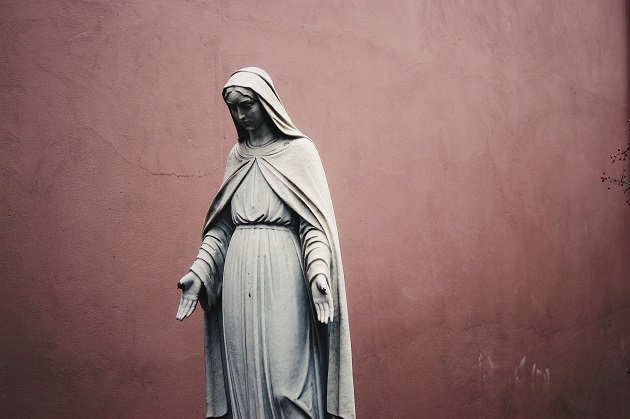 A statue of the Virgin Mary. / Jon Tyson, Unsplash, CC0

In November 1950, Pope Pius XII officialised the dogma of the Assumption of Mary.

Since then, Roman Catholic doctrine teaches that Mary, “the Mother of God” did not experience a bodily death but “was assumed body and soul into heavenly glory”.

On 15th August, the calendar of many European marks a holiday to honour this dogma, which is shared with Orthodox Churches and some Anglicans.

According to Leonardo De Chirico, and Italian theologian and evangelical pastor in Rome, “Mariology stands at the core of Catholic doctrine and practice and is not a secondary issue”. He respondes to questions on the dogma of the Assupmtion of Mary in the following interview.

Question. Was there any Biblical basis for the new dogma adopted by the Pope sixty nine years ago?

Answer. No direct Scripture reference but few, indirect references to obscure interpretations of biblical texts (e.g. Psalm 132:8). If one reads Pope Pius XII’s Apostolic Constitution “Munificentissimus Deus” which defines the dogma of the Assumption, one finds references to liturgical traditions, the writings of some Fathers (e.g. John the Damascene) and medieval theologians, but no direct Scriptural support.

The main thrust of the argument is that Mary’s assumption “fits” with previous Mariological doctrine. The climax of the pronouncement states “by our own authority, we pronounce, declare, and define it to be a divinely revealed dogma: that the Immaculate Mother of God, the ever Virgin Mary, having completed the course of her earthly life, was assumed body and soul into heavenly glory”.

It is a dogma coming from a self-referential church with no biblical support but based on a kind of “syllogism”: given that Jesus raised from the dead, it is fitting that his mother would be assumed to the heavenly glory. This is an unwarranted stretch that is beyond if not against plain biblical teaching.

Q. The Assumption of Mary was a long popular tradition for centuries before the Pope included it in the Roman Catholic official dogma. Why?

While the modern world was turning to science and reason, the Catholic Church responded by intensifying its Marian dogmas and piety. Instead of pointing to gospel truth, the Catholic Church elevated Mary as her champion. The response by Rome was worse than the challenge of modernity. 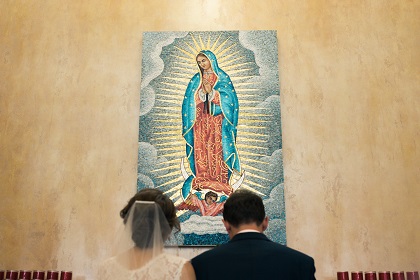 Q. The Day of Assumption of Mary (15 August) is celebrated in many countries. What should the view of evangelical Christians be about this inclusion of religious festivities in the secular calendar?

A. The overlap of the religious/confessional calendar and secular calendar is one of the outcomes of a confessional state whereby the festivities of one religion became national festivities. The calendar is something where ideologies want to impress their mark in shaping people’s time and rhythm.

While respecting their national calendars, evangelical Christians should develop their own calendar shaped around biblical festivities and other dates marking evangelical identity (e.g. Reformation Day). Instead of passively following others, evangelicals should re centre the calendar on biblical and historical themes.

Q. Orthodox Christians and even some Anglican Christians follow this doctrine as well. What leads them to put Mary above the teaching we can find in the Bible?

A. The Orthodox have a long tradition of Mariological doctrine and piety. It is no surprise that the “fitting” argument about Marian doctrine is accepted by them. As for Catholic Anglicans, it is a sign that they have not embraced the “Scripture Alone” principle of the Protestant Reformation.

Q. Should the Assumption of Mary and the view of Mary in general be a central issue for evangelicals when they decide whether to enter into ecumenical relationships with these confessions?

A. Catholic Mariology is grounded on Catholic blurred Christology and leads to Catholic optimistic anthropology. It is also a sign of the Catholic inflated ecclesiology. In other words, Mariology stands at the core of Catholic doctrine and practice and is not a secondary issue. While we should be always ready to dialoguing with the Roman Church, no superficiality should be used to think about ecumenical relationships.

Unfortunately, Rome has elevated its unbiblical Mariology to a dogmatic status, i.e. the highest level of doctrine and unchangeable. Mariology is not an isolated doctrine. It is part of the DNA of Roman Catholicism. So, unless a biblical Reformation takes place in Rome, no ingenuity should be used in thinking that biblical unity is possible with Roman Catholicism.

Published in: Evangelical Focus - culture - Is there Biblical basis for the Assumption of Mary?