More and more people are ordering their books on the internet. 35% of Christian bookshops have disappeared in Germany in the last 20 years. 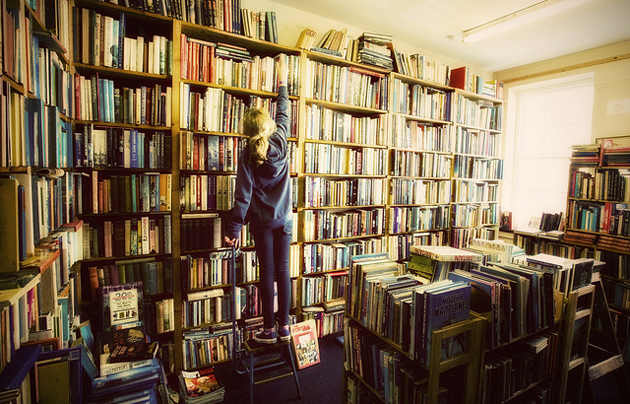 More and more people are ordering their books on the internet – for example through the on-line retailer Amazon. Because of this, the German Association of Evangelical Booksellers and Publishers (Vereinigung Evangelischer Buchhändler und Verleger - VEB), founded 90 years ago, sees definite changes ahead for the sector.

The growth makes your head spin: established in 1995 as a small on-line bookstore, the turnover of Amazon in 2014, according to their own figures, amounted worldwide to 79.34 billion euros. The listed US company considers Germany to be the most important foreign market. Yet although Amazon makes huge sales with German customers (in 2014: 10.6 billion Euros), it posts its profits in the tax haven of Luxembourg.

In Germany, by contrast, Amazon barely pays any taxes. The Americans have also fallen into disrepute because they often pay their staff very badly. Even more concerning is the fact that online trade is also contributing to the desolation of city centres. Because more and more people are ordering online, businesses are closing down at a growing rate.

This affects bookstores too. The Association of Evangelical Booksellers and Publishers (VEB) still had 181 members 20 years ago. Today there are 117.

EACH TIME, A MISSION STATION IS LOST

“It’s difficult to keep pace with the big on-line retailers,” says the VEB chairman, Detlef Holtgrefe (Gießen). “And with every Christian bookshop that shuts, another mission station is lost.” Anyone who wants to support the missionary work of Christian bookshops or publishers does not, however, have to forego online shopping completely. For many have their own online store.

However, anyone who would like a Christian bookshop to survive in their area - as a place where Christians can communicate with each other or as a place to go to for pastoral counselling – had better shop there. To awaken and reinforce interest in reading, the association is planning a 25-minute TV programme which will be shown on Bible TV. In the words of the VEB business manager, Renate Nolke (Bielefeld), the media association wants, through this, to whet people’s appetite for books, authors, artists and bookshops.

And what are the current trends in the religious book market? Novels and biographical non-fiction books, as well as picture books, continue to sell well. By contrast, books offering advice are noticeably less in demand, because many people gain information on the internet.

Theological books are also selling less well, because pastors probably no longer read as much. Holtgrefe says: “Their duties have become more varied and so they often do not have the time.” The general rule is that women read more than men.

According to VEB, amongst the most successful titles of recent years belong, for example, the book about the Australian born without arms and legs, Nick Vujicic, “Life Without Limits” („Mein Leben ohne Limits“ published by Brunnen); “The 5 Love Languages” by the US couples counsellor Gary Chapman („Die fünf Sprachen der Liebe“ published by Francke); books by Margot Käßmann (Berlin), e.g. “Longing for Life” („Sehnsucht nach Leben“ published by adeo), or “Heaven is for real”, about the experiences of a four-year-old boy between life and death („Den Himmel gibt’s echt“ published by SCM Hänssler).

In the words of Holtgrefe, authentic stories about well-known personalities are very appealing. Most of all, readers value highly accounts of how Christians overcome great misfortunes.