"It was like hitting the jackpot," says Filip Vukosavovic, an expert in ancient Babylonia, Sumeria and Assyria after reading the tablets. 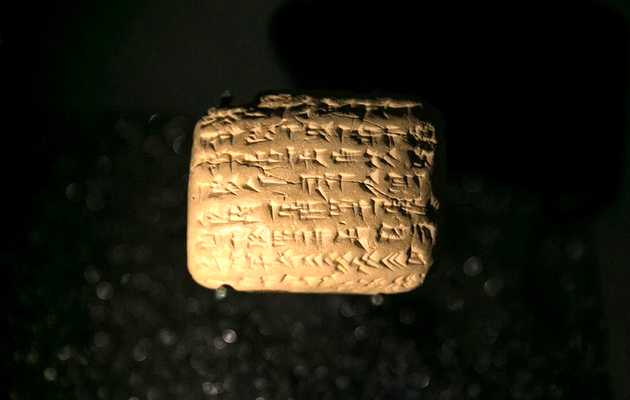 One of the cuneiform tablets / Reuters

Over 100 palm-sized, 2,500-year-old tablets discovered in Iraq, now on display at Jerusalem’s Bible Lands Museum, are providing unprecedented insights into Jewish life after Judeans were exiled to ancient Babylonia.

The tablets, each inscribed in tiny Akkadian script – an extinct eastern-Semitic language spoken in ancient Mesopotamia – detail transactions and contracts by Judeans forced to leave Jerusalem by King Nebuchadnezzar in 600 BC.

The antiquities were initially acquired by a wealthy London- based Israeli collector two years ago, who lent them to the museum.

According to the exhibition’s curator Filip Vukosavovic, an expert in ancient Babylonia, Sumeria and Assyria, studying the tablets was “like hitting the jackpot.”

“We started reading the tablets and within minutes we were absolutely stunned,” said Vukosavovic. “It fills in a critical gap in understanding of what was going on in the life of Judeans in Babylonia more than 2,500 years ago.”

Nebuchadnezzar, a powerful ruler famed for the Hanging Gardens of Babylon (one of the seven wonders of the ancient world), came to Jerusalem several times – including during the destruction of the First Temple – to spread the reach of his kingdom.

During Nebuchadnezzar’s visits, Vukosavovic said he forced or compelled the exile of thousands of Judeans, including one instance in 587 BC that resulted in the exodus of 1,500 Jews to modern-day Lebanon and Syria, and on to southern Iraq, then known as Babylonia. 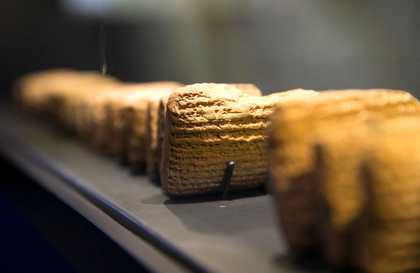 Technically not slaves, Nebuchadnezzar allowed the Judeans in Babylonia to become merchants or assist in administering his growing kingdom.

“They were free to go about their lives; they weren’t slaves,” Vukosavovic said. “Nebuchadnezzar wasn’t a brutal ruler in that respect. He knew he needed the Judeans to help revive the struggling Babylonian economy.”

The tablets shed light on the Judeans’ contributions, detailing taxes paid, debts owed, credits accumulated and trade in fruits and other commodities.

The exhibition also chronicles one family in the Judean Kingdom over four generations, starting with the father, Samak-Yama, his son, grandson and his grandson’s five children, all with biblical Hebrew names still used today.

“We even know the details of the inheritance made to [Samak-Yama’s] five great-grandchildren,” said Vukosavovic. “On the one hand it’s boring details, but on the other you learn so much about who these exiled people were and how they lived.”

Vukosavovic describes the tablets as completing a “2,500-year-old puzzle,” adding that many Judeans gradually returned to Jerusalem after the fall of Babylon to the Persian King Cyrus the Great in 539 BC, around the time the Second Temple was built.

Still, many others remained in Babylonia, he said, and created a vibrant Jewish community that lasted two millennia and didn’t return to Israel until the 1950s, when many in the Diaspora moved from Iraq, Persia, Yemen and North Africa to the newly created state.

The museum said the exhibit will be on display for at least one year.