A quarter of the Bibles distributed were in a digital format. Most downloaded scriptures were in Spanish and Portuguese. 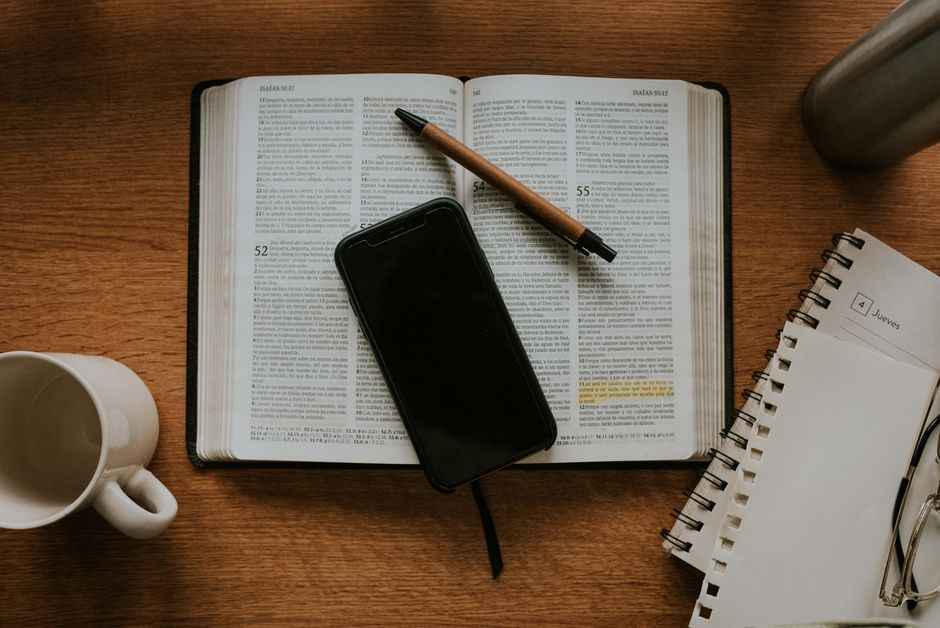 In 2019, 40 million full Bibles were distributed, which was a record for Bible provision, according to the Global Scripture Distribution report.

Furthermore, the number of New Testaments provided reached 15 million. In total, more than 315 million scripture items were distributed around the world

As of 2015, the Bible Societies have distributed a total of 1.8 billion scriptures, including 184 million complete Bibles.

“It is encouraging to know that in 2019, many millions more will be able to meet the challenges of this year with Bible in hand. May God's Word give comfort and hope in these difficult times”, General Director of the World Federation of Bible Societies, Michael Perreau, said. 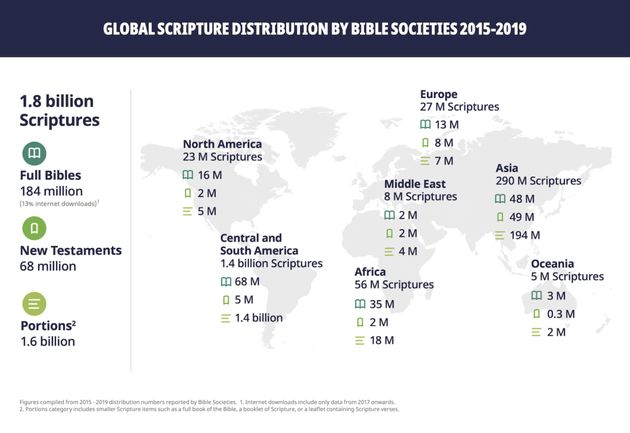 The report shows that 3.7 million scriptures specially designed for children, were distributed worldwide. Most of them (1.27) went to Africa, where 40% of the population are under 15 years old.

Bible Societies “also stepped up their efforts to translate and distribute scriptures in sign languages. In 2019, portions of scripture were being translated into 29 sign languages used by 5.3 million deaf people”.

The share of digital Bibles has never been as high as it is now. A quarter of Bibles distributed in 2019 were digital, compared to 17% in 2018.

Ten million copies have been downloaded from the Internet. The biggest increase took place in Asia, Central and South America, Europe and the Middle East. 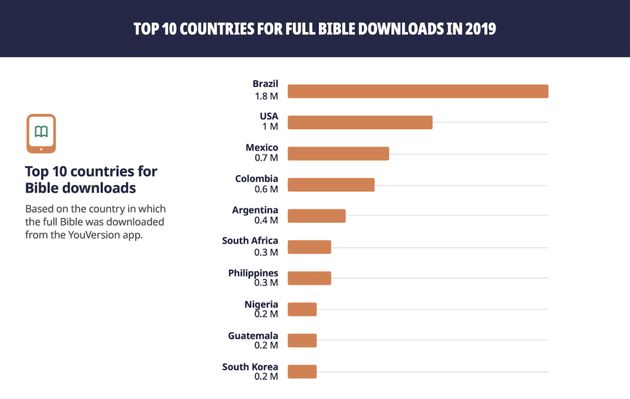 The share of digital Bibles has never been as high as it is now. / Scotland Bible Society.

Additionally, most of the digital Bibles were in Spanish and Portuguese. The leader is Brazil with 1.8 million downloaded Bibles.

In 2019, Bible Societies also ran literacy classes in more than 20 countries for up to 165,000 people and distributed more than 4.5 million scripture booklets for new readers.

There are now 148 Bible societies worldwide worldwide. The Global Scripture Distribution Statistics report only takes into account the numbers of publishers and organizations that belong to the world association.