‘Christian Faith and the Making of Europe, Yesterday and Today’, by Evert Van de Poll

The Baptist pastor and missiology professor looks at how the Christian faith created a common cultural space for the peoples of Europe but also determined national identities.

Book cover of ‘Christian Faith and the Making of Europe, Yesterday and Today’, by Evert Van de Poll.

A new book published in July 2020 looks at the Christian influence in the shaping of Europe.

Evert Van de Poll, a missiology professor and Baptist pastor in France, addresses in its new 398-page book the influence that the Christian faith had on the origins of hospitals, universities, music, social welfare, human rights, the religiously neutral state, liberal democracy, humanism, modern science, and others.

The book description says: “The Christian faith created a common cultural space for the peoples of Europe but also determined national identities. It inspired the founders of the European integration after World War II, and it was a decisive factor in the overthrow of communism some thirty years ago”.

“Paradoxically, Europe is deeply marked by the Christian faith and at the same time by its abandonment. The author describes the rise of secular Europe: the decline of religion, the cultural de-Christianisation, the rise of secular ideologies and lifestyles. He then looks at today’s society, at secular, religious and demographic trends, post-secular trends in the public and political spheres, and the statistical state of Christianity in different parts of Europe. Special attention is given to committed, nominal and cultural forms of Christianity, and to typical barriers and bridges for the Gospel among seculars and postmoderns”.

The author also looks at the dark pages of Christendom in the past, when some churches supported authoritarian government leaders or helped promote slavery and anti-semitism.

Van de Poll argues that the message of the gospel continues to be ‘good news’ for Europeans today.

Learn more about the book ‘Christian Faith and the Making of Europe, Yesterday and Today’ on the publisher’s website. 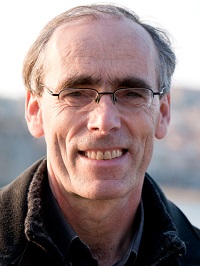 Evert Van de Poll (1952) is pastor with the French Baptist Federation and professor of religious studies and missiology at the Evangelical Theological Faculty in Leuven (Belgium). He directs the Theological Commission of the European Evangelical Alliance. Evert and his wife Janna live in Nîmes (France). His publications include Europe and the Gospel (2013), Church Planting in Europe (ed., 2015), Messianic Jews and Holiday Practice (2016), Mission intégrale (2017). A passionate musician, Evert regularly gives organ and piano recitals.

Published in: Evangelical Focus - culture - ‘Christian Faith and the Making of Europe, Yesterday and Today’, by Evert Van de Poll