Festivals and conferences hope to be able to gather participants physically but plan for a significant reduction in size. 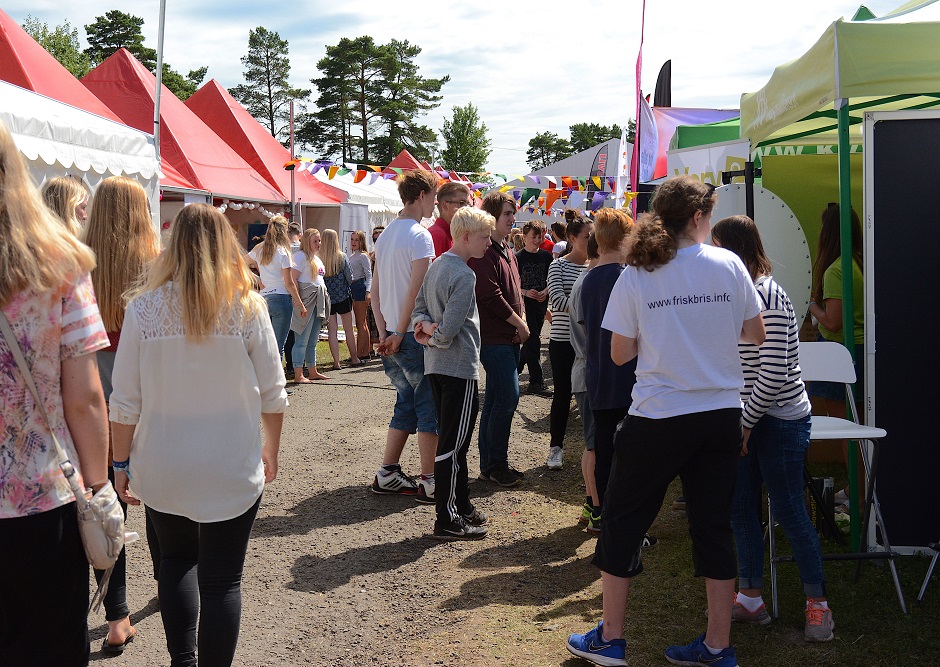 Some have cancelled, some are waiting, but most of the Norwegian organisations that normally do Christian summer events are planning to carry out their events in one form or the other in 2021. One thing is for sure: It will be a different summer this year as well.

Several Christian organisations in Norway put their faith in an ability to keep guidelines for infection protection at their events and festivals this summer, albeit in somewhat scaled-down versions.

Of the 17 events KPK, a Christian news agency in Norway, has information on, only two have decided to cancel this year’s event. Four are awaiting their final decision, while eleven have confirmed that they wish to arrange gatherings in accordance with the pandemic guidelines from the authorities.

“Important to come together”

Oase (Norwegian for oasis) is an evangelical charismatic festival that has been gathering thousands of Norwegians every summer since 1980. In 2020 the event had to be cancelled due to the pandemic.

“We decided early on that we would make Oase 2021 happen. Of course, there’s always a reservation if the virus situation should be much worse than it is now, but we don’t want to have two years without Oase. It’s especially important that families, teenagers and children get to come together”, says leader of the Oase Foundation, Eivind Arnevåg to KPK.

“We don’t think it will be as big as in a normal year. I do not think we’ll be allowed to have more than 200 or 500 participants, and we are planning for that. We are prepared to scale up or down according to how the situation is. We think we can arrange it in a good way so that it’s safe”, Arnevåg says.

The yearly evangelical summer conference in Sarons Dal is also planning to gather worshippers in July this year. Large parts of the program and speakers have been set up, and some of those who contribute musically are named as well.

The main plan in Sarons Dal is that the event will have a lower number of participants than a normal summer, with only 200 people at the meetings in the hall, which normally holds 2,800. Therefore, the event is spread over two weeks and three weekends.

“We hope we can implement this in a smaller format than usual”, manager Rune Heimvoll says to KPK.

Waiting for a final decision

Roar K. Eikli, festival director for Norway’s largest Christian music festival, Skjærgårds Music & Mission, says that they are working towards a physical festival this summer. A definition of a minimum that is necessary for it to be feasible will be decided in February.

“It's about things like the number of participants, finances and the number of days. If it goes below a certain level, the experience of a festival is gone. We will set a lower limit to work from, and then scale up if there is room for it”, he says.

Eikli says that much of the program that was planned for 2020, when the festival was cancelled, will be transferred to 2021.

Several of the organisers KPK has spoken to express that it is unthinkable for them to cancel for the second year in a row. Two years without an event can have relatively large consequences.

“There will be short-term financial consequences, but also a great deal of work to build up the market and branding again. We do not like the situation, but we have a long history where we have meant a lot to many people. We hope that helps when we have to roll up our sleeves properly again”, says Eikli.

“It’s important for us to be able to deliver good Christian music, preaching and other content. There are also positive aspects where new opportunities arise. We are forced to find new ways of doing things and I hope we don’t lose too many along the way”, he adds.

But this year's summer events will surely be less extensive than in a normal year.

“It’s reasonable to believe that it won’t be a whole week, but a more concentrated festival. The larger the event, the more difficult it is to handle infection control measures that are needed”, says Eikli.

“We are prepared to do what is necessary, but we won’t arrange at any cost”, Eikli adds.

Several of this summer's event organizers plan to stream parts of the program online or on Christian TV channels, but few want fully online events.

“We’re keen to have authentic meetings that are live for those present. Even though our participants will be divided on three premises, we’ll have meeting hosts, worship and speakers in all the premises”, Oase leader Arnevåg says. Some of the foreign speakers may have to speak via screen if they are not allowed to travel to Norway, he clarifies.

“But we don’t want fully digital broadcasts. There should be authentic meetings as far as possible. People are longing to gather and be present where it’s happening”, he says.

Skjærgårds Music & Mission is working in parallel to be able to offer alternative smaller events in the spring and autumn if the main festival must be cancelled. Eikli has serious doubts about going for an online festival this summer.