‘Attestants’: reclaiming the authority of the Bible in French Protestantism

“The question of our reading of the Scriptures and the authority that we grant them is at stake”, says Pastor Caroline Bretones, one of the 250 members of the new movement. In May, the historic Protestant Church EPUdF voted to bless same-sex marriages. 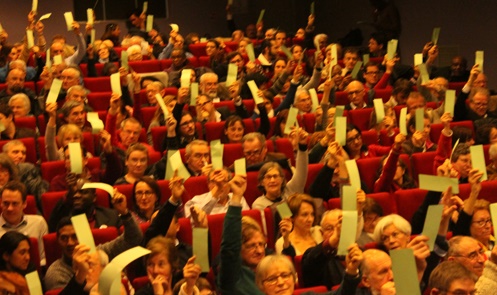 Members vote in favour of the Attestants declaration, on January 16. / Attestants

At least 15% of the pastors inside the historic United Protestant Church of France (EPUdF) resist the idea of blessing same-sex marriages.

A vote in the Church’s synod in May (Sète) changed the traditional view of the doctrine of marriage and “truly shocked” many believers, French Protestant Pastor Caroline Bretones told Evangelical Focus.

She has helped organising the “Attester pour le Christ” congress (January 16th), in which 250 members of the EPUdF signed a declaration expressing their trust in the “sovereign authority of the Biblical Word for the life of Christians, our prayer for the renewal of this faith inside the United Protestant Church of France, and our work for the growth of the Church.”

The “Attestants” are those who “testify to their faith in Jesus Christ as our Lord and Saviour.” The new movement is founded by “leaders and pastors inside the EPuDF”.

Leaving the historic Christian view of marriage signals a deeper problem in the parishes, the movement believes.

“The question of our reading of the Scriptures and the authority that we grant them is at stake”, Bretones says.

The members of the movement will not leave the Church for now. “If we stay, it is to let a voice be heard within our Church. We will see in the years to come if this voice is effectively heard or not.”

Question. What are the main ideas of your declaration? 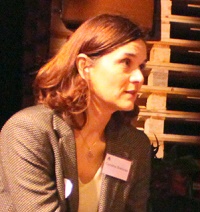 Answer. Our declaration is turned towards the future; it is not going back to the decision made last May during the Synod. We have already expressed our disagreement with the decision to bless same-sex couples.

The declaration of intent is now meant to give a strong and clear orientation to our movement: our aim is to reaffirm clearly our faith in God Father, Son and Holy Spirit, in the authority of Scriptures for our lives and for our Church life, as well as the importance of prayer and the necessity to reply to the missionary mandate Christ has entrusted us with.

We are willing to call forth a revival in the midst of a Church, indeed diverse, in its faith expressions, but called to meet up with the heart of its faith and of its calling.

Q. How many inside the EPUdF churches agree with your biblical position on marriage?

A. It is difficult to assess clearly. What we do know for sure, is that the synod’s vote (94 voices for and 3 against) does not reflect the Church reality.

Many were far from expecting this decision and have been truly shocked by it. Some have left the Church, other stayed because of the movement we have initiated.

As for the pastors, I would say that currently, 15% are openly against.

“THE TOKEN OF A DEEPER WOUND”

Q. Will some of these 250 “attestants” leave the EPUdF churches? And, do you think believers will start leaving these official Protestant churches and find other Protestant Evangelical churches that hold to the authority of Scripture?
A. Some have already left the Church to join some Evangelical Churches, considering that a red line had been crossed with this decision. But most of us have seen in this decision the token of a deeper wound, a deeper evil and a warning.

Beyond the homosexuality issue, it is both the conception of the couple and of marriage that are at stake, as well as the question of our reading of the Scriptures and the authority that we grant them. From now on these topics will really have to be discussed. If we stay, it is to let a voice be heard within our Church. We will see in the years to come if this voice is effectively heard or not. 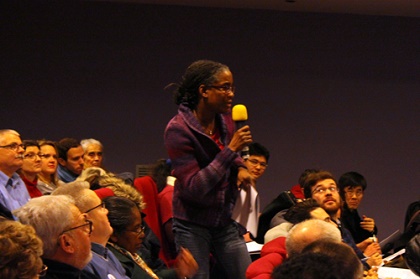 Q. Some may say you are “homophobes”. How do you respond to this accusations in the media?

A. It is an accusation that seeks to stifle the real message we want to convey, by disqualifying from the very beginning our discourse. But it is an unfounded accusation.

The parish in which I am the current pastor and which actively supports the Attestants movement, is to be counted among the parishes welcoming the greater number of homosexuals in France, because of its geographical situation nearby the Paris Gay district.

It is quite possible to refuse to bless homosexual couples while welcoming with Christ’s love and kindness those who join the church to hear the Gospel.

Caroline Bretones (45), is a pastor ordained in 1997 in the Evangelical Lutheran Church of France. She has been General Secretary of the Mission Intérieure Luthérienne (Lutheran Interior Mission) from 2002 to 2013, in office at the Temple du Marais since 2013.

Along with two other colleagues (Gilles Boucomont, who is also pastor at l'Eglise du Marais in Paris, and Christophe Desplanque, pastor in Agen) they have played a unifying role with pastors and members of the Church after the EPUdF synod that took place in Sète. They also organised the Attestants Congress of January 16th. 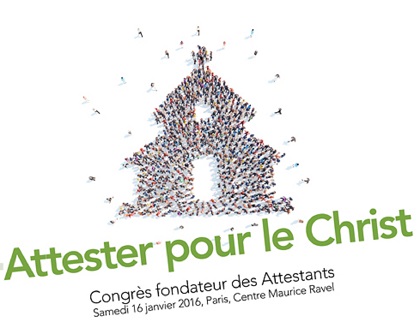 More about the “Attestants” movement in the website of the movement.

Published in: Evangelical Focus - europe - ‘Attestants’: reclaiming the authority of the Bible in French Protestantism