Germany election: Christians not exempt from falling into polarisation

Several candidates hoping to succeed Angela Merkel have referred to their personal faith. An interview with German journalist Jonathan Steinert about the key issues of the 26 September vote. 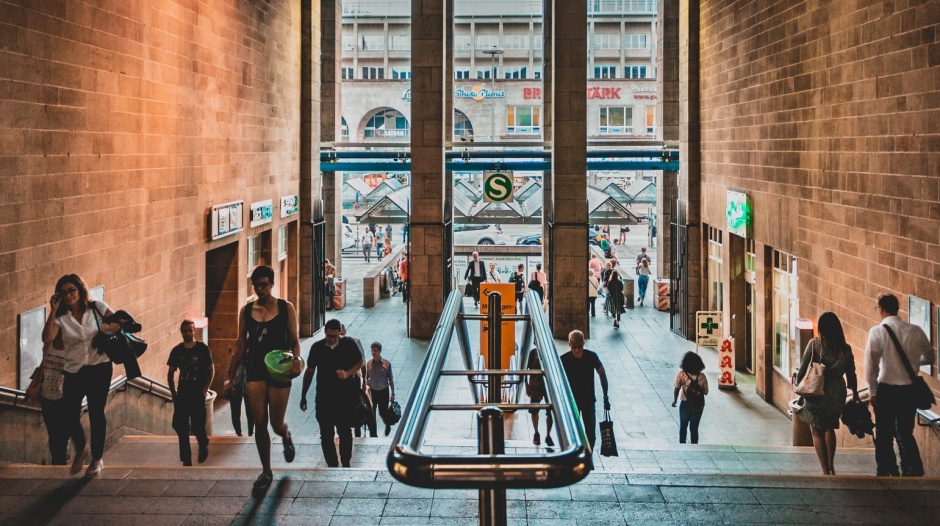 Sixteen years later, Germany will vote a successor to Angela Merkel in the federal election of Sunday 26 September.

The vote will be closely followed across Europe, since the new Chancellor of the most populated country in the European Union (84 million) will inevitably influence the future decision-making beyond Germany’s borders.

Surveys show that Merkel’s party (the Christian Democrats, CDU) is slightly behind the Social Democratic Party’s candidate, Olaf Shulz. But nobody is expected to have a majority of seats and the need for a coalition government is almost certain.

How do Christians in Germany see the election? What are the big issues being discussed? Do the main candidates have a faith? And, how engaged are free evangelical churches in Germany’s socio-political debates?

Evangelical Focus asked journalist Jonathan Steinert about these issues to understand the atmosphere in the country. Steinert is co-head of the editorial office of Christliches Medienmagazin PRO, a German Christian news magazine both in print and online. 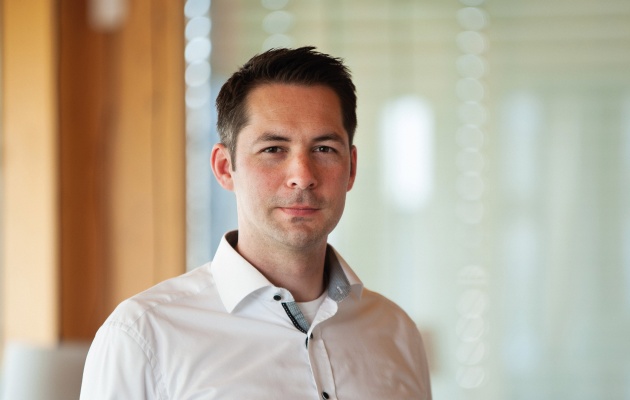 Q. The new CDU candidate, Armin Laschet, has said his beliefs will remain “private” if he becomes the next Chancellor. Angela Merkel, in contrast, did not seem to shy away from her Protestant background, and her Christian values shaped her political action. Is this change in understanding the role of faith a sign of the secularisation of Germany?

A. That is more a question of personality or communication strategy, I think. Armin Laschet is rooted in Catholic Christianity belief and culture. He even worked for a church newspaper as a journalist when he was young.

Laschet’s political activities follow from his involvement in the church, that is what he also says publicly in interviews. These days, for example, he named a poem by Protestant theologian Dietrich Bonhoeffer as his favourite. Though he does not speak that openly about his personal beliefs, I strongly assume that his political action and convictions are also guided by his religious background.

Q. Have other candidates spoken about their personal belief or about the role the religious views in the public arena?

A. Annalena Baerbock from the Green Party is a member of the mainline Protestant Church (EKD). She once said that she does not believe in God but she visits church at Christmas with her family.

The Social Democrat Olaf Scholz was member of the Protestant Church as well, but he left. Some weeks ago, after public protests, his party stopped a campaign video that targeted the religious convictions of one of Laschet’s staff members. Scholz then explained that both Germany and he himself were shaped by Christianity. But his personal beliefs are not publicly known. 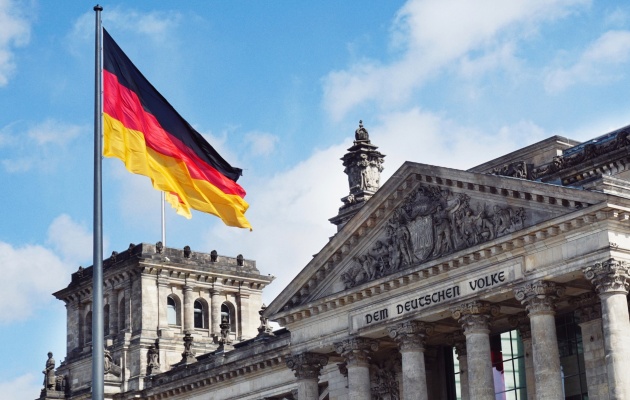 Q. What themes and issues seem to be the most important for Christians in this election?

A. That depends on which Christians you ask. Christianity in Germany is heterogeneous. One of the main issues that are relevant for Christians and something the new parliament will have to deal with, is assisted suicide. A new law has to be made due to a decision of the Supreme Court (the Bundesverfassungsgericht).

And, of course, Christians are interested in how politics deal with ethical issues, migration, climate politics. For more conservative believers, questions like abortion or family politics are important.

The positions and interests differ from the personal point of view also among Christians. There are no typical “Christian topics”.

Q. There seems to be more political polarisation and dissatisfaction in the East of Germany. Why?

A. This is a complex issue. One of the main reasons can be found in the history of a divided Germany from 1949 to 1989, and the different experiences and expectations in the context of democracy.

In the East, it is obvious that more people feel like they are not being heard by the political representatives or the societal elites. And, partially, there is a more general scepticism towards state institutions, something acquired during the socialist dictatorship. 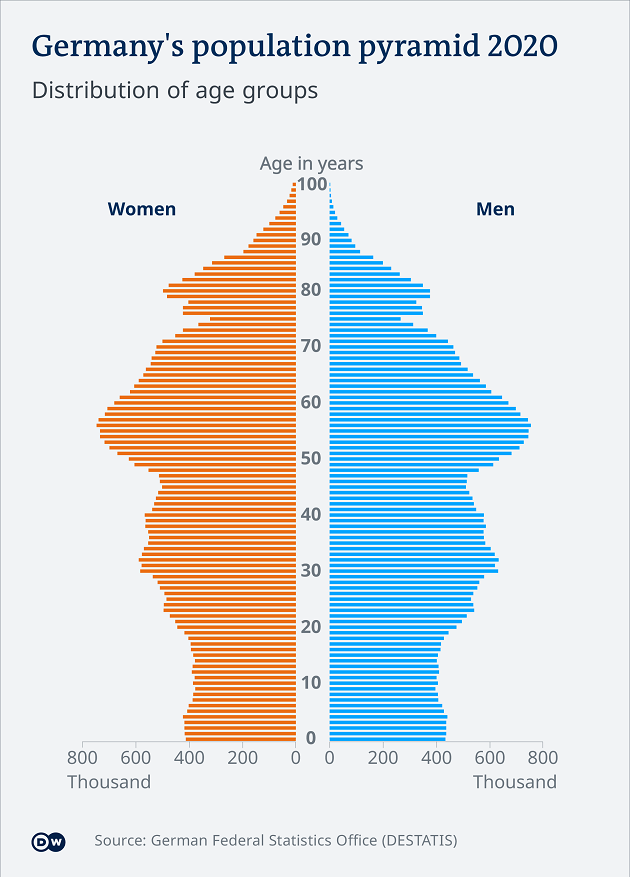 Q. The opening of a new phase of Germany after Merkel will be decided by an aging population: one third of voters are over 60 years old. Is there a generational divide in Germany?

A. There are no fundamental differences. But obviously, among young voters the Green Party is especially successful. The party’s agenda to fight climate change affects the young generation existentially.

Q. How do the evangelical churches (Baptists, Charismatics, free churches, Brethren, etc…) see their role in society in the years ahead?

A. As the rest of society, evangelical churches face tendencies such as a stronger polarisation between people with different opinions – both spiritual views and political views, and these are sometimes connected. One challenge will be to strengthen the unity of believers and to deal with a plurality of opinions without judging each other.

Evangelical churches sometimes are attacked publicly for being close to right-wing politics or conspiracy theories. To communicate in a positive way what evangelicals stand for is a continuing challenge.

Evangelical churches need to find new ways to reach people with the gospel – via digital media channels for example. 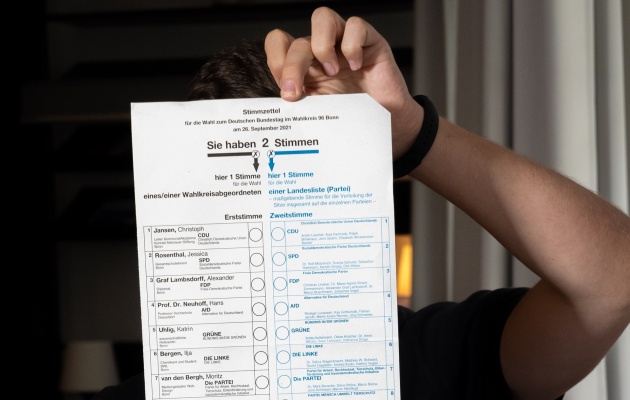 Q. In fact, you at Pro Medien Magazine started initiatives like the podcast on “Faith, power, politics” and the “PROphetomat” to help people decide their vote. How have they been received by your readership?

A. We have had quite a good response. The PROphetomat has been viewed more than 25,000 times within ten days. Many of our readers asked beforehand when it was going to be available, so they expected our tool that might help them making their decision in the elections from a Christian perspective.

The podcast is our first audio production. We are happy to have realised this format. It is not that known yet, because we just started. For now, we are very satisfied with the audience's response.

Q. How can Christians in other places pray for Germany?

A. One point is prayer for orientation by the Holy Spirit in often very emotional debates among citizens. That we do not get confused by controversial issues but recognise what God wants us Christians to do and to say while reflecting his love – and how to do this.

Pray that we Christians learn how to contribute to peace, reconciliation and calming down instead of polarizing or judging others. And how to find a language that is clear, inviting and understandable for people who are not familiar with Christian traditions and issues. Pray that we can confess our believes and convictions.