Doug Marshall (IAFR) shares about the situation of refugees in Malta. “I would challenge the political right [in Europe] to be a little bit more engaging. Especially if they claim to be Christian right.” 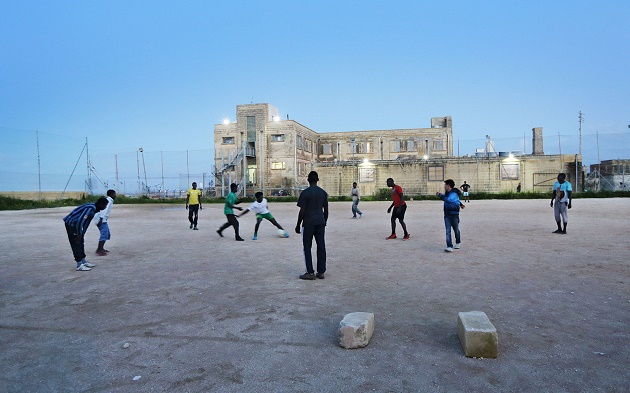 What tensions appear when a country is not doing enough to help refugees integrate? What should Christians respond to the far-right populistic movements which ask to close frontiers to asylum seekers?

Doug Marshall (International Refugees Association) works with refugees in the Mediterranean island of Malta, a place which has being receiving hundreds of migrants every year, much before the big European crisis started in 2015.

Many have been living in the island for years, and this could make Malta “a prototype of what could happen in Europe”, but not necessarily a good one, Marshall believes.

He challenges those Christians in Europe who are negative towards the arrival of refugees to “think twice” about the implications of the gospel. “Dealing with integrating people and welcoming people is hard, it is not a work of five minutes, but it is something that is worth doing. For the sake of those of arriving, and for ourselves in the longer term.”

Question. Are there many refugees in Malta?

Q. How is Malta a ‘prototype’ for what could happen in other European countries?

A. For many years Malta received irregular arrivals in terms of migrants and asylum seekers, and the Maltese response to that could be a prototype of what could happen in Europe. Unfortunately, it is not being a positive prototype. There has been a general resistance to integrate people, to help them integrate. It is very easy to say ‘integrate’ and yet not providing the avenues for that, or to allow society to adjust to the new integration.

So, in a sense, that would be a warning. People in Malta have been there 15-20 years in some cases, and they have not yet got to the point of being naturalised as citizens. They have some basic rights, but there is no flourishing, there is no real life there.

We are now not receiving as many people as we used to, we had less than a thousand people arriving in Malta last year (2015), this is about half of what we normally receive. So the focus has shifted to integration, long term issues for the migrant population, and unfortunately we do not see a lot of positive aspects. There are people getting angry, communities getting angry. They have been marginalised. What future do they have?

You can fob them off for a year or two promising things, but when nothing materialises, what do you do then? To bury your head in the sand is not the right approach.

An issue we have seen is with the growing population of Muslims. There are many who have come into Malta. The existing mosque is no longer big enough and is no longer central enough for the population. So there have been requests officially made to establish 15 more mosques. Now, how will the government react do that? This a recent development, and a question European countries need to ask themselves.

This does delve into the issue of religious liberty. It does delve in the question of ‘is Christianity just a cultural icon or is it something real that can change people’s lives?’ So, this is very much how we approach people coming to Europe from the very beginning. Are we resistant? Are we welcoming? Do we ignore this? Do we let the government take of it? What do we do?

Especially as the church, our response needs to be on a number of levels. Together with government, with other stakeholders, but we need to respond, and not just hope it goes away. I don’t think that is in the nature of the Church.

Q. What have Christians in Malta been doing to help asylum seekers?

A. The response has been very varied. Some have done nothing. Some churches have gone as far as to integrate people within their own religious structure (that’s not always very welcome). The Roman Catholic Church has created a parish specifically for Eritreans, as there is a large number of them, and that brings a lot of benefits.

In some areas there is a very practical hands-on approach, in other areas people are still living a very negative fear-based approach. There is lots of positive rhetoric, but it very seldom translates to solid action. 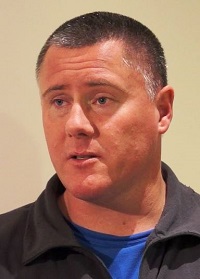 Q. How would you respond to radical movements in Europe who are asking to close the foors to refugees?

I think this has been a common response across Europe and I think a lot of it is based on fear. It is a very snap reaction. This large influx of people has been a real change for people’s daily lives and I think often a normal reaction is to have fear. And say ‘you are very different from a cultural point of view, from a religious point of view. Our own people are struggling, so you are not coming in to challenge the few resources there are. Why should you get more than we get as nationals of our own country’.

This thinking lends itself to anecdotal evidence. People hear the story of a refugee family who get a big house and a tv, and they go: ‘all the refugees getting that, and I get virtually get nothing from the government, and struggle to put food on the table.’ I think there are inconsistencies across the spectrum, but it is an easy reaction to have.

But I would like to challenge people to actually engage in the hard work of actually trying to understand someone who is different to you. And I think, if they are honest, they will find a very different person they are talking about that who they think they are talking about. People who have hopes and dreams like any of us and have come to a peaceful place to try and make something of their lives, often for their children’s sake.

I would challenge the political right to be a little bit more engaging, especially if they claim to be Christian right, to say: ‘well, hang on, think about it. Is this what we see in the Bible? Is this how we should be reacting?’ It is hard, I am not saying it is easy. Dealing with integrating people and welcoming people is hard, it is not a work of five minutes, but it is something that is worth doing. For the sake of those of arriving, and for ourselves in the longer term.

Published in: Evangelical Focus - europe - “Engage in the hard work of trying to understand someone who is different to you”