A Christianity Today article suggests most of evangelical leaders in Russia whole-heartedly support their president's action. Evangelical journalists and ministry workers in Ukraine see Putin as the biggest threat to peace in the region. 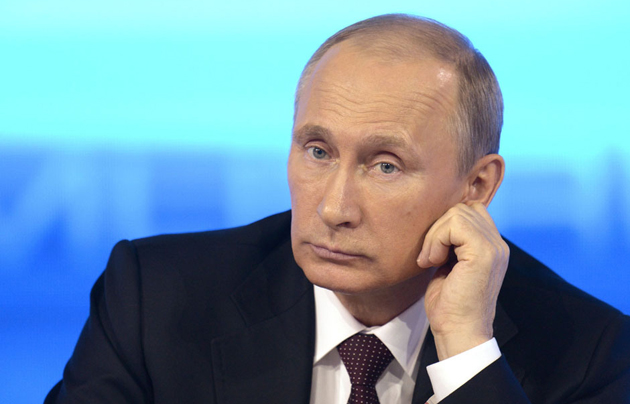 "Evangelicals in Russia have become ardent fans of President Vladimir Putin because of Russia’s efforts to maintain its influence in Ukraine, its takeover of Crimea in 2014, and the widespread Russian belief that the West is to blame for the present economic woes on the home front", writes Mark R. Elliot in an article published at the Christianity Magazine website.

"The evidence is hard to ignore", says Elliot, who is editor of the East-West Church and Ministry Report (Kentucky, USA). "Meeting in St. Petersburg back in May, the official Congress of the Union of Evangelical Christians-Baptists ended their meetings with a strong endorsement of Putin just two months after brutal conflict broke out in eastern Ukraine".

The author continues: "Addressing Putin, they said, 'We express to you sincere appreciation for your labor in the post of president. (...) We reaffirm our principled loyalty with respect to state authority, based on the unchanged words of the Bible, ‘Let every soul be in subjection to the higher powers: for there is no power but of God; and the powers that be are ordained of God’ (Rom. 13:1, ASV).' The evangelical congress also directly challenged the legitimacy of Ukraine’s Maidan Revolution and the February 2014 overthrow of pro-Russian President Viktor Yanukovich".

"A Protestant educator with long-standing, firsthand knowledge of American academia put it this way: 'We really thank God for Putin’s leadership. We do not want to protest as Ukrainians think we should.'".

The article quotes a missionary serving in Russia saying: "The thing is Putin is wildly popular in Russia—beloved by Christians and non-Christians alike. There have been some prophecies about a great revival coming out of Russia, and many believe that Putin is paving the way for Russia to rise as a spiritual giant".

Another Ukrainian missionary to Russia believes Putin is "God’s man for Russia in this hour".

According to the article, another Evangelical Christian-Baptist pastor from southern Russia adds: "From our side, we take strong exception to Ukrainian evangelical support for Ukrainian ultranationalist and radical groups. One should put aside one’s loyalties and preconceptions in order to be objective. For most of us, this is difficult because of our inability to be fully independent of our national, cultural, and spiritual allegiances. The way towards healing will be difficult, but we can take steps toward that end."

You can read the full article at Christianity Today's website.

EUROPEAN EVANGELICALS SIDE WITH UKRAINE

"Churches preach the mutual reconciliation in the country. But at the same time – all Ukrainian Churches and confessions (Orthodox, Protestants, Catholics) strictly and resolutely stand for territorial unity of Ukraine, including the whole Crimea and all Donbas districts", said Novomedia Journalists asocciation president Ruslan Kukharchuk.

A CCX students mininstry (IFES in Ukraine) worker in Crimea stated after the Russian invasion of the peninsula: "People in Ukraine were tired of corruption, lawlessness, poverty. They went to Maidan and protested. And despite all the losses it was successful. So Russian government just got scared that the same thing would occur in Russia. That is why their behavior toward Ukraine is aggressive. Russian government took advantage of the political situation here and invaded Crimea and trying to invade the rest of the country".

Also the European Evangelical Alliance (EEA) has issued several press releases and newsletters asking for Prayer for the Russia-Ukraine conflict. The organization also has been giving voice to Ukrainian pastors in Kiev and other cities.

In a brief article posted in November, the EEA quoted Evangelical leader and politician Pavel Ungaryan: "At a time when people are dying, shells are exploding, and tanks move through the streets causing a depressing atmosphere of war, Christians inspire by their faith and show that there is a 'way out' with God".