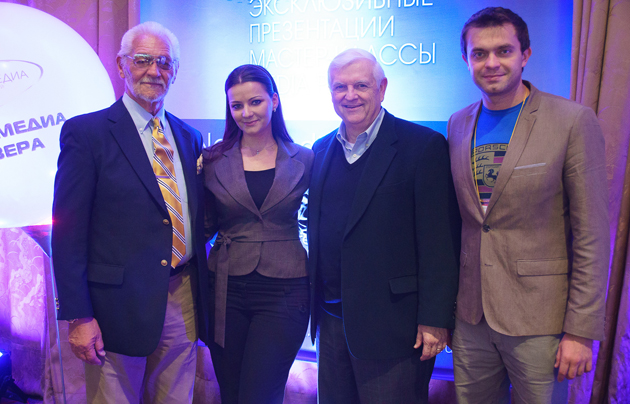 Journalists in Ukraine came together in November for the “International Novomedia Forum”. In Kiev, reports Christian journalist and president of Novomedia Ruslan Kukharchuk, “the event brought the best together speakers – primarily journalists and bloggers – from across Ukraine”. Among the participants were also representatives of two Russian editorial offices. They took an active part in discussion sessions focused on the information war issues.

Organizers traditionally emphasized the crucial importance of high professional standards and commitment to “eternal values” in journalism. This year, the main focus of the forum was the phenomenon of truth. Truth, in fact, became the main victim of the war launched in Eastern Ukraine. That is why the motto of International Novomedia Forum 2014 was “Truth Wins”. 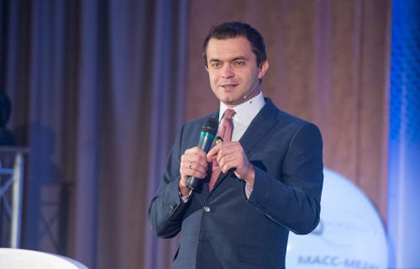 “The dynamic of any war significantly depends on the media. They do not simply cover battles and negotiations but also participate in them on equal terms. A war can be launched by lies and manipulation, but only truth can end it” voiced the mission of the forum President of Novomedia Association Ruslan Kukharchuk.

“It is time for us as journalists to stop nourishing the conflict; instead, we are called to spread and circulate the truth, thus eliminating the initial cause of animosity,” added Kukharchuk.

Within 3 days of the forum, about 40 speakers shared their vision of professional ethics, propaganda and censorship, freedom of speech, fake news reports as well as dos and don’ts of the information war.

INTERACTION BETWEEN MEDIA AND GOVERNMENTS

On the first day of the event, international journalists Victoria Butenko and Taras Semeniuk (Euronews) discussed the activity of Western media in Ukraine during the Revolution of Dignity. Chief Producer of Ukraine Today TV channel Tetiana Pushnova talked about her experience in the anti-terrorist operation zone where a Ukrainian press card often served as a red flag to a bull. 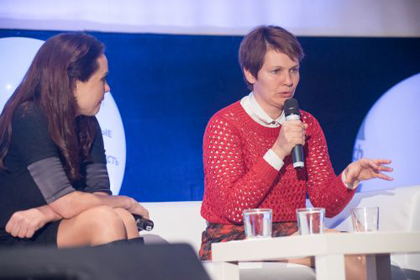 Interaction between the media and the government as well as political talk shows as democracy barometers were discussed by Tetiana Danylenko (Channel 5) and Natalia Sokolenko (Hromadske radio).

A parallel session was dedicated to the issues at the interface of IT and journalism. Head of Internet Department of Novomedia Association Denys Semeniuk gave an overview of online services aimed to help journalists in their daily work. The founder of LifeHacker Slava Baranskiy discussed current tendencies in the development of websites on the platform of social networks. Coordinators of Razvedka.in.ua and Ukraine Crisis Media Center exposed the principles of creating and spreading fake news.

REFLECTING ON THE UKRAINE-RUSSIA CONFLICT

Saturday started from a conversation with Artem Shevchenko, the author and the host of Wartime Chronicles program at Espresso.tv. The journalist discussed the challenges of covering military conflicts as well as outlined key security measures at war zones and reiterated the importance of proper use of wartime terminology. 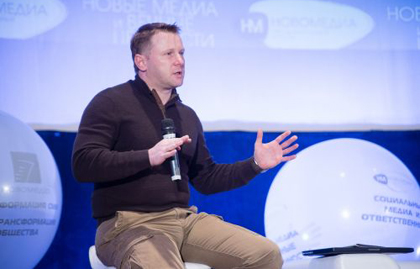 “This war, first of all, is taking place in the human minds. It is an information war, and as of now we largely do not control the media landscape,” summarized Artem Shevchenko.

The largest in terms of number of speakers was the Saturday panel discussion “Truth Wins”. The session brought together three high-profile speakers:

Jean Novoseltsev (Channel 17), Tikhon Dzyadko (Dozhd TV channel) and Andrey Zhygulin (press service of the Presidential Administration). Journalists discussed the role of the media in the military conflict, confrontation between Russian and Ukrainian media, their impact on the society and interaction with government authorities.

“A journalist should be unbiased. The moment you take a side, you enter the fight. And it does not matter which weapon you use – the word or the missile,” argued Jean Novoseltsev and stressed his firm position in support of Ukraine’s territorial integrity.

THE TROUBLES OF POLITICAL JOURNALISM

Victor Shlynchak (Glavcom.ua) shared his 10 rules of conduct of a political journalist. Natalia Vlashchenko (Public People magazine) gave recommendations on how to use Internet resources and services for printed media. Andriy Kulykov (Hromadske radio) taught the audience how to launch a successful radio show.

Another representative of the Russian media Olga Musafirova (Novaya Gazeta newspaper) discussed various operation aspects of Russian and Ukrainian media in the wartime. She also admitted that it was upsetting to receive interview refusals from biased Ukrainian experts and politicians.

During the evening session, honorable guests of the forum Ron Harris with 50 years of experience in journalism (MEDIAlliance International) and Norm Nelson with over 60 years in the media (Compassion Radio) called on the audience to broadcast Christian values in the times of war and crisis. Foreign speakers are convinced that the Lord expects the media to fulfil their good mission.

The forum was organized by the Association of Christian Journalists Novomedia. Therefore, the integral part of the Sunday morning program was a Bible study and a prayer for Ukraine.

The session bloc of the forum started out in a very dynamic way. Journalist and creative producer of Abzats TV show at the New Channel Aleksandr Dzhusupov and Mikhail Shamanov discussed infotainment as a genre in the Ukrainian television journalism.

Grygoriy Shverk, Deputy Head of the National Council on Television and Radio Broadcasting gave a detailed overview of a commercially sustainable media model.

Sevgil Musayeva, editor of Ukrayinska Pravda and Hubs news outlets and Taras Ilkiv, editor of Novoye Vremya website discussed behind the scenes dynamics of launching a new media project on the Internet.

Yekaterina Nekrechaya (Sotsialna Krayina TV channel), Alina Podreyko (Shuster Live TV show) and Yevgeniya Shevchenko (psychologist) talked about the so called social journalism. Among other aspects, they emphasized the importance of journalists’ mission, their responsibility for human lives, and admitted that at times this work can be highly stressful.

The closing session of the forum was conducted by one of the most charismatic speakers, an advertising professional Yaroslav Trofimov (inspire metamarketing). Yaroslav discussed the principles of information spreading and dismantled some of the myths of modern communications. 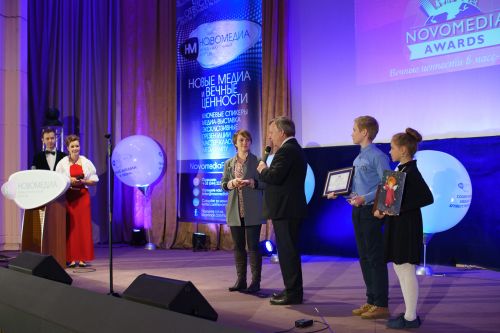 It is worth noting that the interest to the International Novomedia Forum is growing year after year, particularly among students. In 2014, the most active participants were our young colleagues from Kharkiv.

A forum for journalists in such a large-scale format was held in Kiev for the fourth time. In 2014, it coincided with the 10th Anniversary of Novomedia Association.