The PM gets one third of the votes and widens the distance with the Leftist parties. Agreement with other parties is still needed to end the half-year long political deadblock. 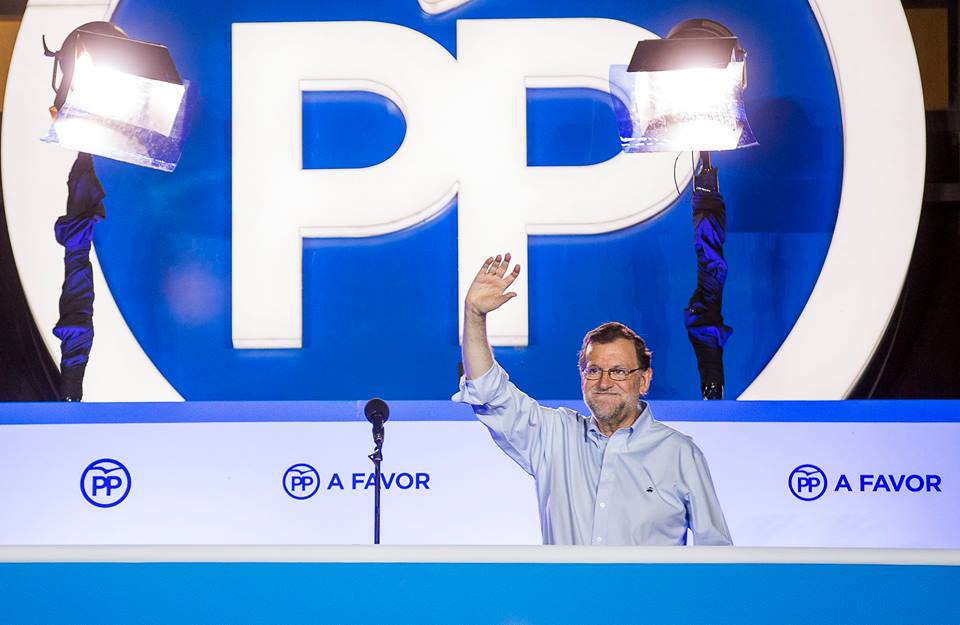 The second election has strengthened the position of Conservative People’s Party ‘presidente’ Mariano Rajoy, who has won 13 more seats obtaining 33% of the vote.

In December, Spain voted for its most diverse Parliament in democracy. After months of talks, the 4 majoritarian parties (2 of them ‘old parties and 2 ‘emerging’) did not reach an agreement.

Labour party PSOE had the worst results in its history, but its leader,Pedro Sánchez, avoided the feared “sorpasso” of emergent Unidos Podemos. The anti-establishment coalition was to become the first party on the left, according to all polls. Leader Pablo Iglesias admitted the results were “not what  they expected”, as he hoped to become the real alternative to the PP.

Ciudadanos, the new Liberal party led by Albert Rivera, came fourth and lost 8 seats, but it could still hold the key to a centre-right government with Rajoy.

This repetition of the general election had never happened in democracy before. In the first half of 2016, no party found enough support to form a stable government.

Since the first vote in December 2015, new corruption cases emerged, mainly related to the Conservative Party in power. These scandals, nonetheless, do not seem to have changed the vote of those supporting Rajoy’s party.

Now, more weeks of hard negotiations are ahead, in a country where the financial crisis still affects many families: 20% are unemployed.

What is clear is that no-one is ready to go to a third election.

Evangelical Christians in Spain had issued a series of articles on education, economy, nationalism, refugees, etc. giving a biblical perspective on some of the current social challenges the country faces. The Spanish Evangelical Alliance issued them in the document "Vote wisely" (in Spanish, here).

1
A Baptist church service in Frankfurt leads to over 100 Covid-19 infections
2
Should Christians join protests?
3
Isaiah 41:10, the most popular Bible verse of 2018
4
The photo of Trump and the Bible
5
Christian in the collapse
AREOPAGO PROTESTANTE uses “COOKIES” in order to guarantee the proper functioning of our website, improve its security, obtain better efficiency and personalisation, collect statistical data and show you relevant advertising. Click “OK” to authorise its use . If you reject the use of “cookies”, AREOPAGO PROTESTANTE cannot guarantee the functionality of the website. Learn more about our COOKIES POLICY at the bottom of the page.