The International Ministerial on Freedom of Religion or Belief says it aims to “tackle online harm and strengthen human rights education”. Evangelicals say “words must be matched with action”. 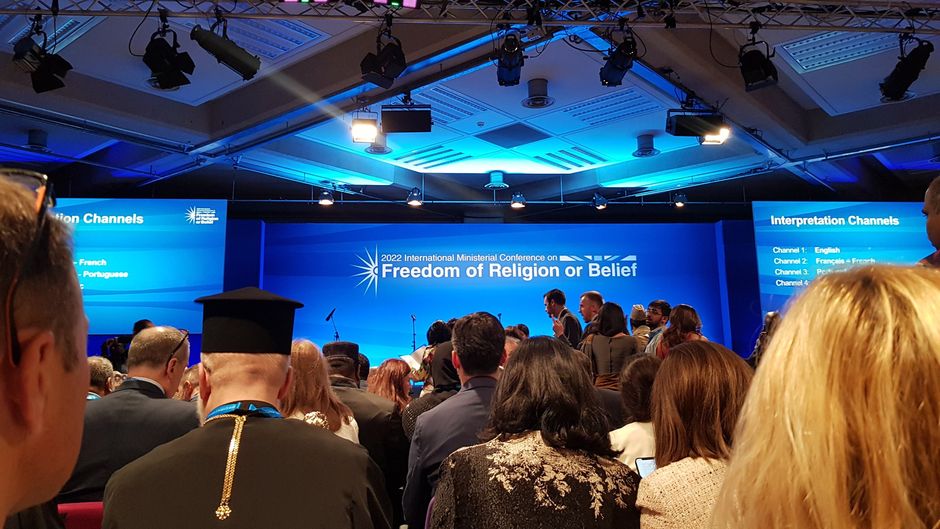 Over 500 people participate in the International Ministerial on Freedom of Religion or Belief (FoRB) that is being held on 5-6 July. / @EAUKnews

Over 500 faith leaders, foreign ministers, and non-governmental organisations from around the world gather in London to participate in the International Ministerial on Freedom of Religion or Belief (FoRB) that is being held on 5-6 July.

This is the first International Ministerial Conference on this theme to take place in person since 2019. The United Kingdom Prime Minister's Special Envoy for Freedom of Religion or Belief, Fiona Bruce, a committed Christian, is chairing the event.

“This conference is important because all around the world today, millions of people are being deprived of an education or a job or a home or access to justice or liberty, even to life itself, simply on account of what they believe”, said Bruce.

Delighted to welcome delegates for our international Ministerial Conference to the UK Parliament tonight. Looking forward to our discussions over the next 2 days #FoRBforAll pic.twitter.com/7gNUmHKkBz

It is also expected that the government will announce its progress on implementing the 22 recommendations of the Anglican Bishop of Truro's Independent Review into Foreign and Commonwealth Office Support for Persecuted Christians.

The Review was commissioned in 2018 by the then Foreign Secretary Jeremy Hunt and published in 2019, overseen by the Bishop of Truro. It found that the level of persecution being experienced by Christians worldwide was approaching the UN definition of genocide.

“The Truro Review has recognised that 80% of the violence against faith groups worldwide is directed against Christians. The scale is horrific, and the problem is getting worse by the day”, pointed out Release International, an organisation supporting persecuted Christians.

The government then accepted the recommendations of the review for changes to protect FoRB around the world and the presentation of an update on it will be one of the key moments of the conference according to most of the participants. 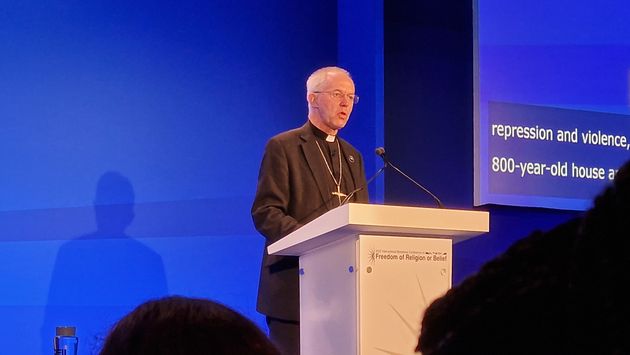 Justin Welby, Archbishop of Canterbury during his talk. / @FCDOGovUK .

EAUK: “Words must be matched with action”

Danny Webster, director of advocacy at the UK Evangelical Alliance (EAUK), stressed that “at the summit, words must be matched with action. Protecting and promoting human rights should be a cornerstone of our government’s foreign policy, trade deals and overseas development spending. Religious freedom is foundational to free societies”.

According to the EAUK, the conference “is an important opportunity for the UK government and wider British society to discuss and learn about the importance of religious freedom and the scale of abuse experienced around the world”.

In addition to the official events of the International Ministerial on FoRB, there will be dozens of fringe events, coordinated by the UK Freedom of Religion or Belief Forum, a group of over 70 civil society groups, faith or belief organisations and human rights NGOs.

According to the EAUK, “the concept of the FoRB fringe is very much the creative idea of Fiona Bruce, who travelled across the UK encouraging church leaders, community groups and universities to host events and conversations about the importance of FoRB for all”. 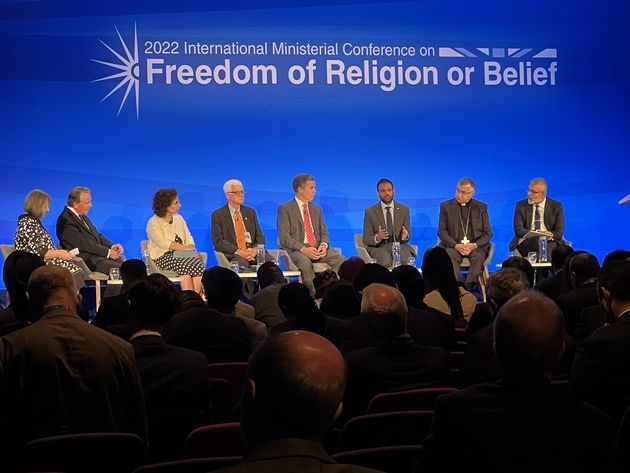 One of the discussion panels of the first day of the conference.

“The FoRB fringe is an opportunity for the church to make its voice heard alongside other faith and civil society groups, and to affirm that FoRB is a right for everyone, everywhere, in recognition of their human dignity which emanates from being made in the image of God”, underlines Mervyn Thomas, Chair of the UK FoRB forum.

Side events by Christians

Among many different events, Release International is hosting a seminar at the Christians in Parliament Prayer Breakfast on the growing violence in the Sahel region of Africa and Nigeria.

Christian Solidarity Worldwide (CSW) will host an exhibition stand on the civil society floor of the main venue, as well a panel conversation with journalists and human rights defenders on the state of religious freedom in Cuba, Myanmar and Sudan.

Furthermore, Open Doors UK and Ireland will launch its “digital persecution” report which shows how technology is used to persecute and discriminate against Christians and other religious minorities around the world.

A call to pray

Christians organisations have asked believers worldwide to pray for the conference.

“Pray for our leaders, as they discuss what can we do, and pray for Christians persecuted for their faith across the world in places where they risk their life to meet together to worship, to share their faith”, asked Webster.

Before we break for lunch. @danny_webster takes us through the morning session and how you can be praying for the conference. #endthepersecution pic.twitter.com/GDoOBkin9Y

Open Doors calls on to pray for “delegates who have arrived in London and that the MPs will be impacted by all they hear.

“Please pray for the decision makers from around the world, that eyes will be opened and hearts moved to act decisively to prevent this appalling and worsening violence against Christians”, said the CEO Release International.

Look for updates of the conference here.