“The fight against commercial sexual exploitation is both physical and spiritual”

The high demand of commercial sex acts has turned Italy into a top destination for trafficked women. Groups working across the country have now created a network to give a clear Christian answer to the situation.

Erika Tello is the director of ‘Alleanza Tesori Raggianti’, which means “Radiant Treasures Alliance” in Italian.

The idea of “radiant” comes from Psalm 34:5, “Those who look to him for help will be radiant with joy; no shadow of shame will darken their faces.” Tello steers the committee of a network that works alongside the local Italian evangelical churches.

Q. Can you give us a general picture of the situation of sexual exploitation in Italy at the moment? Are the authorities (police, etc.) responding effectively? 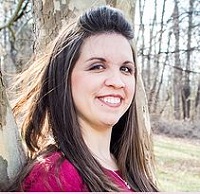 A. Italy is an iconic country renowned for its ancient ruins, artistic masterpieces, and culinary creations. Unfortunately it is also a country where prostitution has been legal for over 50 years and conditions breed commercial sexual exploitation.

One study reported that out of all the countries in the world Italy has the third highest percentage of men, 45% of Italians, who purchase commercial sex acts at least once a year. This high demand drives the commercial sex industry in Italy making it one of the top ten destination countries worldwide for victims of human sex trafficking. As a result, there are as many as 120,000 commercially sexually exploited persons, or “treasures” as we call them, in Italy today.

In fact, Italy is reported to have the largest number of identified and presumed victims of human trafficking for sexual exploitation in all of the EU. The majority of them are from Nigeria or Romania and come to Italy seeking a better life through legitimate work but instead find themselves trapped in the world of sex slavery.

The laws in Italy regarding trafficking are sound but the authorities are largely unaware of the rights that could and should be afforded to victims of trafficking and so they are typically treated like trash rather than treasures.

Q. The platform you are propelling has a very clear Christian identity. Why is this important in your work?

A. We have found that while they aren’t doing extensive work throughout Italy, there are networks for government and Catholic anti-trafficking service groups, but there was nothing for the evangelical faith-based groups.

While we recognize the severity of the mental, emotional, psychological, and physical trauma that treasures endure which deeply affects their person and behaviour and needs to be addressed, we believe that true freedom and healing can only be found when treasures look to Christ and trust in His saving grace and power.

This foundational difference compels us to identify as a Christian organization while holding strongly to our desire and intent to collaborate with those who don't ascribe to our values but otherwise support our mission and vision. 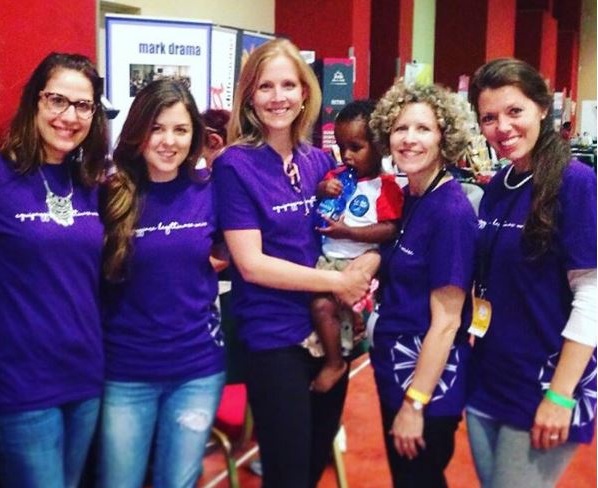 Q. What are the different ministries gathered around this new network already doing in their contexts?

A. The ministries within our growing national network are in various stages of development. All of them are relatively small with only a handful of consistent believers being involved, but an armload of passion.

Some that are just starting out are trying to form a team and educate themselves about the problem and how to combat it, others are just beginning street outreach to let the treasures know they are there and they care, and some of the more long standing ministry groups are working with treasures who want help rebuilding their lives.

Most of the ministry groups engage in raising awareness among the churches and the public, and in street outreach, which entails a team of trained volunteers going out every other week to interact with the treasures on the street, offering small gifts, something to eat or drink, information about services, sharing Gospel literature and exuding the love of God and hope in Christ.

Thanks to our network, already some of the ministries have been able to help treasures return home in the rare case that there is a trustworthy support system there or they’ve helped them to start new lives in Italy sometimes with time spent in a safe house with wraparound care and always with the support of a local church surrounding them.

Q. You try to tackle the drama of exploitation in several areas. In which one do you have more resources to have an impact in the short-term? Thinking of the first steps, what aims do you have for the 5 first years together?

A. The church in Italy is small so the personnel and resources are scarce. For that and other reasons, our main focus is not to do all the work necessary to tackle the evils of exploitation directly, but to create a network of evangelical ministries that can accomplish far more together than on their own.

In the next 5 years we aim to have a strong network established which we equip, empower and unite strategically. We aim to equip with training on how to create awareness about trafficking in their community, training to more effectively do street outreach, and training to provide aftercare for survivors of trafficking.

We aim to empower ATR members by facilitating work groups that engage their active participation and produce results that benefit the whole network such as the establishment of a safe house and micro-enterprise initiative. We aim to unite members through the very use of this growing national network as we call Christians from various evangelical denominations to relish in the synergy and beauty of how being cooperative and interdependent can leverage kingdom resources for kingdom results as we pursue our common purpose. 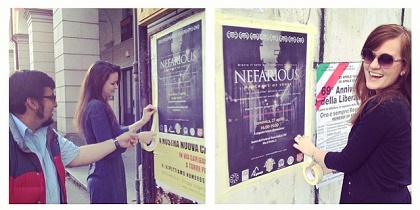 Q. Human trafficking and sexual exploitation is a European problem. How do you work with other similar alliances in the rest of the continent?

A. We have had the privilege of being involved with and supported by the European Freedom Network, which has served as a model for ATR in some regards, and provided opportunities to connect with other anti-trafficking groups throughout Europe.

Recently we have been receiving contact from groups requesting help with survivors of trafficking who are being deported from other European countries back to Italy because Italy was their initial point of entry into Europe. We are doing our best to provide support to them by being an extension in that way and we look forward to further collaboration.

Q. What do you expect from the local churches?

A. Ideally, the local churches would send anti-trafficking workers from their congregations to the streets, welcome the treasures with open arms should they seek Christ there, and provide a safe, supportive place for survivors starting a new life.

The reality is that Christians in Italy are largely unaware of the exploitation that goes on all around them or they would simply rather not enter into such dark places of shame and pain.

One of our primary strategies for combating commercial sexual exploitation is to support local churches to be primary agents of change because we believe so strongly in the importance of their role as a Christ-like community for survivors of trafficking who desperately need to see the love of Christ shown by the church when they act as His hands and feet.

Q. Is there anything else you would like to add?

A. The fight against the injustice of commercial sexual exploitation is physical but it is spiritual. The Enemy has claimed far too much territory and he is not going to give it up without strong resistance. Prayer is essential for pushing back the darkness and we encourage you to battle with us on your knees for Italy and all the treasures there.

Traffickers have developed an elaborate and extensive network that promotes the vitality of the commercial sex industry, the platform denounces on its website.

“It is crucial that we, as the body of Christ in Italy, respond with our own anti-trafficking network and thereby more effectively serve the treasures who are trapped in it. We believe that operating as an alliance will enable all involved to be empowered and equipped to reach more treasures with the truth about their value, better help them find hope and healing, and stand stronger as their advocates.”

Erika Tello earned her Bachelor’s degree in Counseling and a Master’s in Social Work with an emphasis in ‘Children and Families’ and social justice issues. Her clinical experience includes provision of support and advocacy for refugee families as well as individual and group therapy for children with complex trauma.

Erika has lived in Italy for the past three years where she and her family have been involved in full time ministry. They are part of TEAM (The Evangelical Alliance Mission) and involved with the Bologna Ministry Initiative.

Published in: Evangelical Focus - europe - “The fight against commercial sexual exploitation is both physical and spiritual”