Many readers and the Spanish Evangelical Alliance denounced a column that was based on a parody website. The Ombudswoman writes an apology on the newspaper’s website. 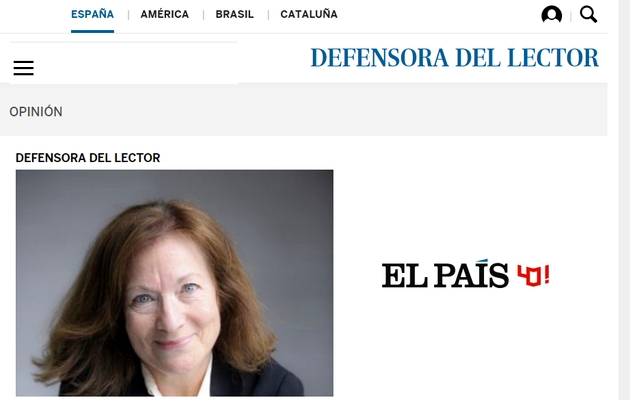 The article “Can men who cook become gay?” which attacked evangelical churches based on a false information is no longer available on the website of Spanish newspaper El País.

Author Juan Arias had described evangelical churches as “medieval” because of their “obsession with homosexuality” after giving credit to a ‘hoax’ posted on a false evangelical website. His column was posted on Monday 5th September.

The article also criticised the sexism of the churches and even said that Jesus Christ had probably been gay.

Hundreds of anti-evangelical comments were written on El País Facebook profile after the article was posted.

The Spanish Evangelical Alliance wrote an open letter to the newspaper hours after the article became viral (read it here). Many other believers also expressed their disappointment.

In her answer to the Spanish Evangelical Alliance’s board member Pedro Tarquis, Ombudswoman Lola Galán said the article would not be published on the print edition of the newspaper.

On Wednesday evening, the column was withdrawn from the digital edition of the newspaper.

The Ombudswoman admits in a blog post on the newspaper's article the “flagrant mistake” of believing the contents of what was a satirical website caricaturising evangelicals. 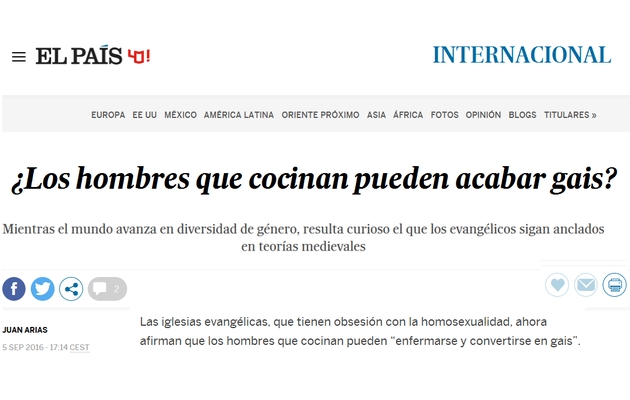 “Before publishing news about something as ridicule as the fact that men can become gay if they cook, I believe a deeper research of the topic would have been required. If the author had doubts, he should have contacted the local evangelical churches.”

The Ombudswoman adds her appreciation that there is a right to criticise the ideas evangelical Christians might have about homosexuality, but “it always needs to be based on real remarks, not on clumsy forgeries”.

TARQUIS: THE RISK OF PREJUDICES

Tarquis, who is Director of Spain’s most-read evangelical media Protestante Digital (as well as Director of Evangelical Focus) expressed his thankfulness to the Ombudswoman for her reaction.

The withdrawal of the article and the public reaction is an “act of justice to avoid these type of publications that promote a false image of the reality of the evangelical Christianity, a faith group that often suffers the prejudices of the media.”