Greek Evangelical Alliance is awarded with the Hope award

The European Evangelical Alliance highlights the role of Greek evangelicals in their service to refugees. Portuguese political representatives and church leaders participated in a special event in Sintra (Portugal). 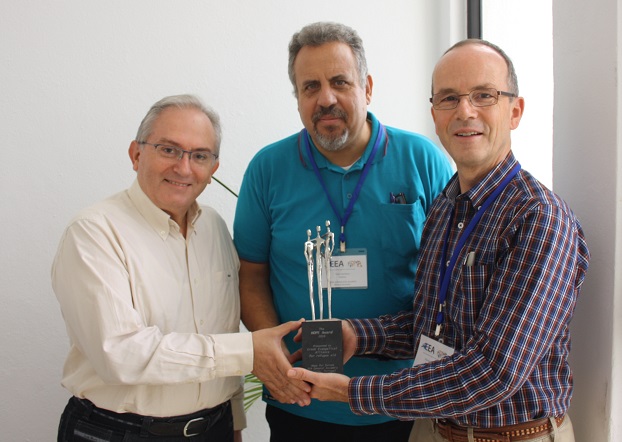 The work of the Greek evangelical churches serving refugees in Greece earned the 2016 Hope award, given by the European Evangelical Alliance (EEA). The award was presented in a special public event in the Olga Cadaval Cultural Centre of Sintra (Portugal).

Antonio Calaim, President of the Portuguese Evangelical Alliance, opened the evening  welcoming the Deputy Minister of the Portuguese Government, Eduardo Cabrita, the Mayor of Sintra, Basilio Horta, and the former Justice Minister and Chairman of the Religious Liberty committee, Vera Jardim. “Our mission as Evangelical Alliance is to unite to act”, Calaim explained. He also reminded the audience that Jesus had called Christians to love each other so that the world would believe in God. “May we live for love, through love and loving others”, he said. 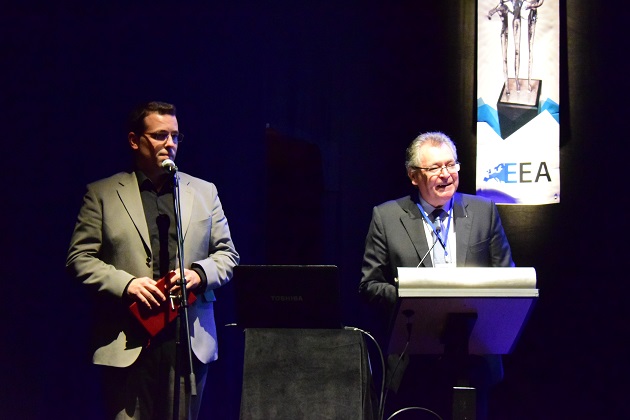 Afterwards, the President of the European Evangelical Alliance, Frank Hinkelmann, summarised what evangelicals believe: the sufficiency of Jesus Christ’s death and resurrection, the centrality of the Bible, and the need for a personal relationship with God.

“We want to be good news people in our nations, cities and neighbourhoods”, Hinkelmann added. “As the EEA, we want to engage with the challenges Europe faces, especially the refugee crisis”. Defending religious liberty, not only in Europe but in in the world and for every faith group, is another priority for evangelical Christians, he added. “We need to find ways to live together despite our profound differences, we defend the religious freedom”. 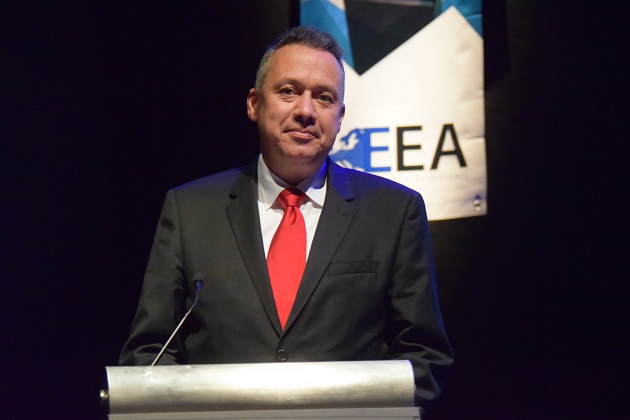 In their speeches, the different political representatives highlighted the “respect for the beliefs and faiths of others”. They wished EEA delegates “were refreshed in strength here in Portugal to fulfil all of the tasks and roles. Good work for all of you”. “It is very good, that those who seek peace and justice through the Word of God have found in  Portugal a space to do that”, the Deputy minister said. “I want to thank  the Portuguese EA for their role in welcoming refugees. I hope that the work you are developing these days may go deeper”, he said. 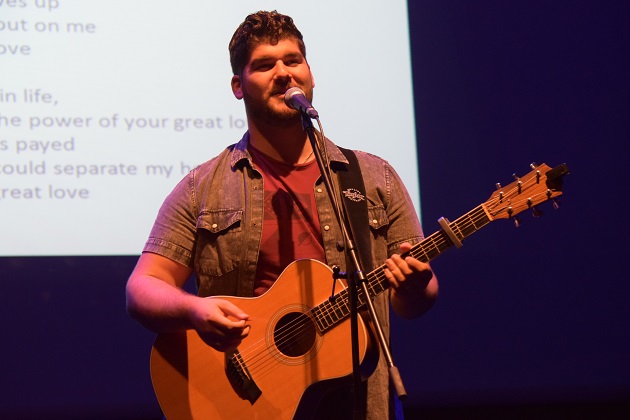 Musical program included songs with a Christian message performed by singer Marcos Martins and a string quartet. The gathering was closed with prayers for the refugees, Europe and Portugal .

Thomas Bucher told Evangelical Focus: “What the Greek evangelical churches have been doing in the last years has been just outstanding. They have gone beyond anything imaginable. They have sacrificially given and invested to make sure that so many refugees are cared for.

“They have cared about the lives of refugees who have gone through the country, but also of people have stayed or are stuck in Greece. We are very thankful for their work”, Bucher said. 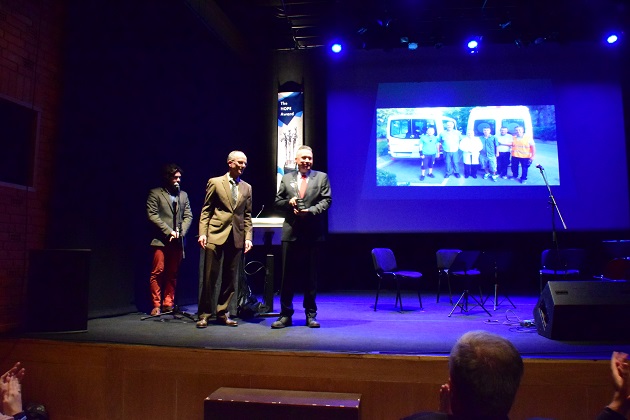 Frank Hinkelmann, President of the EEA, also highlighted the work of Greek evangelical churches in the midst of the crisis. “Looking at the critical situation and the challenges that the Greek Evangelical Alliance has had in the last 18 months, I think they have made a marvellous job.”

“What I really appreciated to see is that churches from different backgrounds - for the first time also the migrant churches that are there especially in Athens – (…) they together have really searched for ways to help, to come alongside refugees. Instead of complaining and getting involved in a negative attitude, they have helped and served. Therefore I believe they really deserve this award”, Hinkelmann told Evangelical Focus. 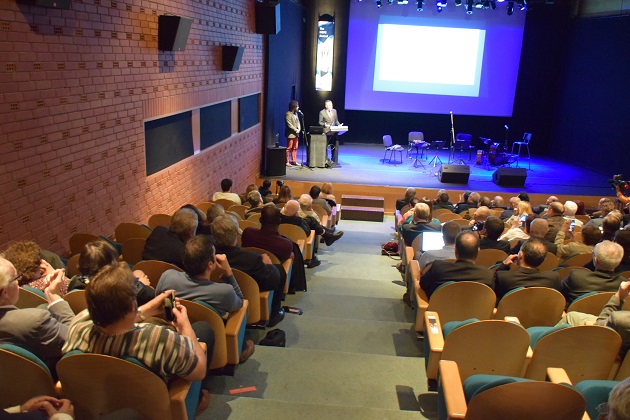 ABOUT THE HOPE AWARD

The HOPE Award is awarded annually to a person, group or project in Europe embodying the message of biblical hope and values of partnership, networking, transformation, and integrity. The purpose of the award is to encourage by giving appropriate honour to such people and efforts, and to increase awareness especially across national borders of initiatives, which in turn can inspire further 'actions of hope'.

The HOPE Award is an honorary recognition of services rendered and has no monetary reward attached.

The EEA celebrated its annual General Assembly in the nearby city of Colares (10-13 October). The refugee crisis - or “refugee opportunity” as it was referred to in some moments -  was one of the main talking points during this year’s gathering, in which 70 participants represented evangelicals from many countries. Russia was the latest Evangelical Alliance to join the EEA, this year.

In 2016, the EEA has been coordinating “The Refugee Campaign” as an initiative to inspire churches across Europe to connect and welcome refugees, supporting national movements that are making an impact in this field.