Euthanasia: French evangelicals urge government “to make a choice for life and not death”

“Humanity lies in refusing to give in to demographic, lobbyist or economic pressures that call for facilitating early death", says the National Council of Evangelicals in France. 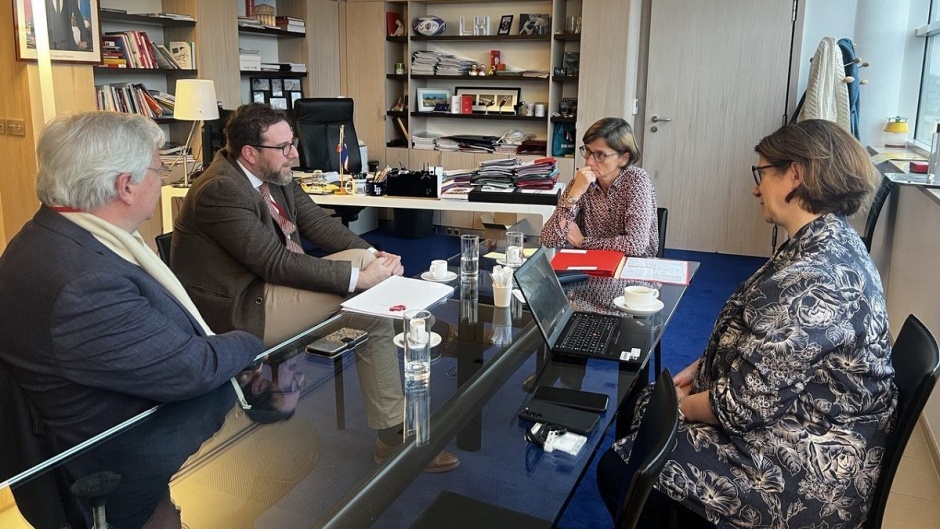 Representatives of the CNEF, Thierry Le Gall and Erwan Cloarec, were received by Minister for Territorial Organization and Health Professions, Agnès Firmin-Le Bodo, on 4 January. / Photo: Twitter via Evangeliques.info

France is currently revising its euthanasia law approved in 2016, because President Emmanuel Macron considers it inefficient.

Last September, the government opened a six-month period of civil conversation on the issue, and Macron said he believed there could be “a possible change of the legal framework by the end of 2023”.

The French National Council of Evangelical Churches (CNEF) recently published a statement to the Minister of Health, Agnès Firmin-Le Bodo, upholding the value of life.

“The absolute value of every human life”

“Every human being is created and loved by God, and his or her dignity does not diminish with age, social status, or the decline of physical and cognitive abilities”, says the statement.

They point out that “by affirming the absolute value of every human life, we evangelical Protestants denounce any act that results in death, including ‘active assistance in dying’ at the end of life”.

The statement stresses that both the Christian messaage of the gospel “and the Declaration of the Rights of Man and of the Citizen call us to love and care especially for the most fragile in our society, stating that every human being has a fundamental and equal dignity which cannot be degraded due to age”.

“The humanity of a society is measured by its ability to love, protect and care for the weak and suffering, rather than to facilitate their death, or to inspire a need to die”, adds the CNEF.

Furthermore, they are concerned about “the effect on the caregiver-patient relationship if the hands that heal can be the same as those that give death. That would seriously undermine the basic trust in the caregiver”.

Two other evangelical groups already responded to this debate. While both agreed on the need to promote palliative care, the Protestant Federation of France (FPF) welcomed “a major national debate” on the “complex issue”, but the Evangelical Protestante Committee for Human Dignity (CPDH) denounced that “the President wants a right to euthanise”.

A call to the government

The CNEF emphasises the importance of relieving the suffering of terminal patients , so that it encourages the Minister of Health “to provide the necessary resources to develop palliative care”.

They also invite “the French elected representatives to make a choice for life and not death. We expect them to reaffirm the right of everyone to be helped to live and never to die. This is how we will all become more human”.

“In a society where money, profitability and power dominate, but fraternity diminishes, we affirm that humanity lies precisely in refusing to give in to demographic, lobbyist or economic pressures that call for facilitating early death”, concludes the statement.

Read the full letter of the CNEF to the government here (in French).

Published in: Evangelical Focus - europe - Euthanasia: French evangelicals urge government “to make a choice for life and not death”