The number of worship places has increased tenfold in 60 years. There are 650,000 evangelical Christians in France, a new study shows. 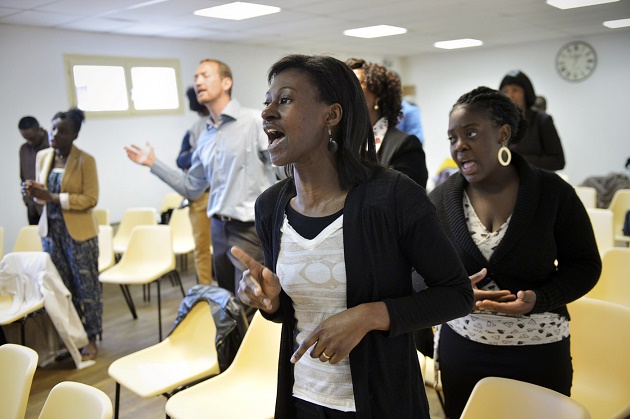 At the end of 2016, there were 2,200 evangelical churches in France. The newest study produced by the National Council of Evangelicals in France (CNEF) confirms the growth of these communities.

About 35 new evangelical churches were opened in France last year, 3 per month. In other words, one church is opened approximately every 10 days.

The overwhelming majority of evangelical churches in France at the moment (1,750 out of 2,200) were opened after 1970.

This newest study was made public on January 3 by Daniel Liechti, the President of the New Church Plants Committee of the CNEF. He told French newspaper La Croix, that the growth of evangelical Christians in France has been steady in the last 20 years.

“Within two years, we may be able to say that this pace is even accelerating slightly more”, he added.

The study deducts the number churches that have been closed. It therefore shows the “actual growth” of churches, Liechti said. It needs to be said that this data only include the churches who are members of the CNEF, an evangelical representative umbrella which unites about 70% of all evangelical churches in France.

EVANGELICALS ARE 75% OF ALL PROTESTANTS CHURCHGOERS

According to these newest figures, there are in France 650,000 practising evangelical Christians.

This is one third of all Protestants in the country.

If only regular church attendants are counted, then French evangelical Christians represent 75% of all Protestants in the country.

In the last 60 years, the number of active members of evangelical churches has increased tenfold.

One trend that has been observed is that “more churches are building their own worship places” or “working to enlarge the buildings they have”, the CNEF’s Communication Director Thierry Le Gall explained. An example of this has been the church Lille Métropole, which worked to enlarge its building from 800 to 2,000 sitting places.

In neighbouring Spain, newest 2017 statistics also show the regular growth of evangelical communities. There, a church is opened every 3 days and evangelicals are the biggest religious minority, the second faith group after Roman Catholicism.