The EAUK calls Christians to “fully engage in the election”, and “to speak hope into a society that is so often searching for meaning.” 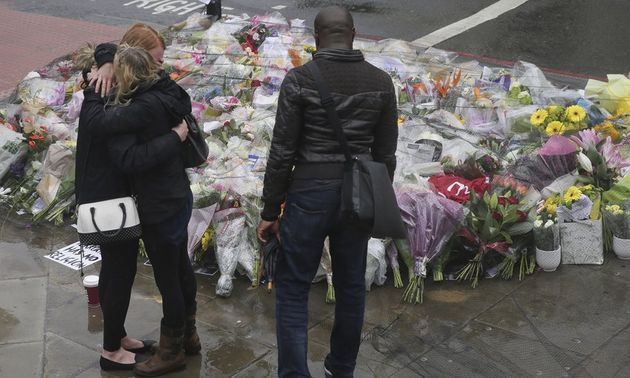 People pay tribute to the victims of Saturday's attack.

Last April, British Prime Minister Theresa May announced that the UK general elections will take place on June 8. That snap decision was a surprise for most of the parties and common people.

The election campaign has been marked by the Brexit negotiation with the European Union, and specially by the recent terrorist attacks in Manchester and London.

Both incidents stopped the campaign for at least one day, but all the candidates have encouraged British people to vote, so that terror will not win.

A minute's silence has been held across the UK this Tuesday. The nation gathered in towns and cities to grieve for the dead and think of the injured. All across London, hundreds of people stood in the rain to pay tribute to the victims of Saturday's attack.

“A CHANCE TO SPEAK HOPE”

The Evangelical Alliance United Kingdom (EAUK) has encouraged Christians to “fully engage in the election [...] It is a chance to provoke thousands of conversations.”

“While unexpected, this campaign season brings opportunities for Christians to engage in the process and shape both the policies which are proposed and the atmosphere in which we debate them”, they add.

EAUK’s general director, Steve Clifford, believes that this is a chance for Christians “to take part in debating the future of our society. This is a chance for us to speak hope into a society that is so often searching for meaning.”

“WHAT KIND OF SOCIETY?”

“Following the referendum results, and the increasing sense of fragmentation, the EAUK has been working on a report called What kind of society?, that explores 4 key themes of love, freedom, justice and truth, which are drawn directly from Biblical ethics, and are foundational values for our society”, explains Dave Landrum, EAUK Director of advocacy.

“In the name of Jesus, and for the good governance of our society, we seek to understand these values, and leave them out in our society, because this election falls at a significant moment”, he adds.

That report has been launched through a webpage that the EAUK has specifically created for the elections, where they provide resources to help individuals and churches to engage in the elections.

“It is with these values that our society will flourish because they come from God and they are good for us all”, the EAUK points out:

Love because “is at the heart of our faith”, and it is important to “look for representatives who will lead by example in holding a better political debate”. Additionally, although we may “not agree with all candidates, we can respect their shared commitment to serve their communities. Each candidate needs our prayers.”

Freedom, because “we want freedom for everyone to express their beliefs, from the most dedicated evangelicals to our strongest opponents.”

Justice, because “an election is not usually a choice between one just candidate and their unjust rivals. For Christians it is a prayerful choice between competing visions and plans to establish justice, at home and on the world stage. So the simple commitment to justice should not be the end of the debate, but its beginning.”

Truth, because “we are witnesses to truth in how we judge claims and promises, and in how we decide who gets our vote […] We believe integrity to be a better goal for candidates than popularity.” 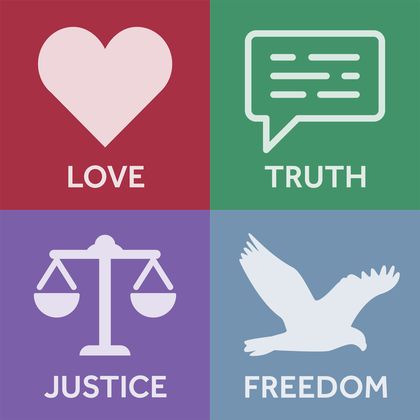 According to the EAUK, “not since the Second World War has there been so much national uncertainty - so much constitutional change at hand. The Brexit debates and divisions have left a nation in need of healing.”

That is why, “as Christians we are called to move the debate to both a higher and a deeper level.”

“Higher to point people to God and consider what a good and godly society could be – and higher in terms of the standard of debate. Deeper to consider the real issues that face us as a nation, and not just scratch the surface with soundbites.”

You can learn more about the EAUK What kind of society? Campaign here.

“Political engagement is about far more than voting. The biblical view of government was not one of top-down decision-making. It was about people being empowered to act at every level of society”, explains Guy Brandon, Senior Researcher for the Jubilee Centre, in an article about the UK elections.

According to Brandon, “the more the state tries to do, the less citizens feel the need to do. The antidote is to work actively to make the kind of society we want to live in, whatever colour(s) of government we end up with.”

The Jubilee Centre researcher emphasises that “the Christian voters must remember that God is sovereign – not Brussels, and not the UK government. Whatever the outcome, there is a broader narrative at work in British and world history.”

Published in: Evangelical Focus - europe - “As Christians we are called to move the debate to both a higher and a deeper level”