“Belief-based intolerance and discrimination of refugees is a pan-European problem”, Christian organisations said during a hearing at the European Parliament.

General view of the hearing at the European Parliament. / The Refugee Campaign

On Wednesday 31st May, the European Evangelical Alliance (EEA) organised a hearing in the European Parliament: “D2uble Penalty: Refugees and freedom of religion or belief”.

The event was promoted by The Refugee Campaign and co-hosted by MEPs (Members of the European Parliament) Branislav Škripek  and Lars Adaktusson.

50 participants attended the hearing session, included some MEPs and their office. “This was the occasion to raise awareness on the double penalty refugees from religious minorities experience when arriving in Europe: harassment and persecution in camps after fleeing violence in their home country”, the organisers explained.

The hearing also was useful to discuss policy challenges and recommendations.

In addition to the reports introduced by Open Doors and Christian Solidarity Worldwide, several other research papers were briefly presented. These resources could serve well while drafting further policy recommendations.

From the various interventions it became clear that “religion or belief-based intolerance and discrimination of refugees is a pan-European problem. That’s why it is important to share materials and ideas that could be applied in all EU Member States. Some great suggestions were made that will need further attention.” 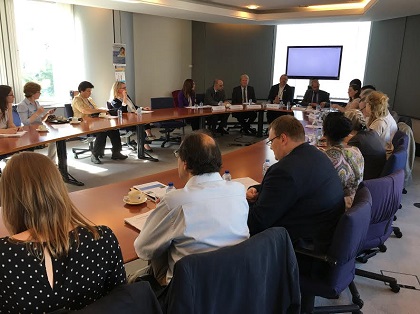 During the hearing, it was said that “it is good to realise that refugees bring their own culture and that, as a result, reception centres and refugee camps are microcosms of their own. This should be taken into account by officials responsible for managing camps and accommodation centres.”

“Introducing refugees to their host culture should start as soon as possible. A YouTube animation film and related posters shared by Stichting Gave were interesting examples of such efforts.”

Although from a manageability perspective, the focus of camp authorities will be on the majority, “the religious minorities in the camp need empowerment eg by a supportive environment from local faith communities.”

“THERE IS A LOT TO BE DONE IN TERMS OF EDUCATION”

The ‘Gave’ Foundation and Howard Stern from the International Christian Consulate both underlined the need to strengthen training of officials, security staff and accommodation managers on human rights and religious freedom. This also applies to lawyers supporting asylum seekers, especially lawyers dealing with applications from converts. 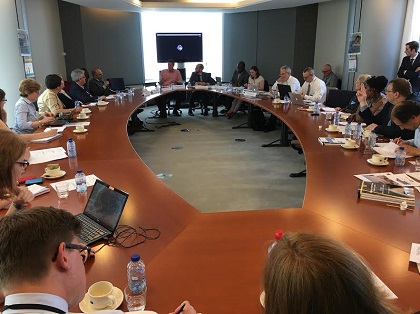 “Training should not be limited to physical get-togethers. There are great opportunities for online training as well”, which was underlined extensively in the afternoon workshop. The ‘Gave’ Foundation (NL) and The Open University (UK) shared initial ideas which could lay the foundation for a high-impact educational initiatives, some of which already exist, which we could all benefit from.

A critical need appeared for education programmes for refugees and host communities on cultural awareness and European values of non-discrimination, religious tolerance and democracy.

THE ROLE OF CHURCHES

“Church communities have shown that they can be ressources of moral support for asylum seekers”, it was said. Training in asylum issues and procedures as well as on reporting potential problems in camps to the right authority would bolster both individual support and reporting on behalf of asylum seekers.

Other suggestions made were:

- Tackle the issue of translators’ and interpreters’ integrity regarding religion, ethnicity and language

- Document and counter the rise of violence during Ramadan, and more generally prevent the implementation of shari’a law within refugee camps

- Work together on reforming the asylum claim system with guidelines, best practices and common materials: for example guidelines for conversion assessment in asylum claims, provision of training materials (more information will follow)

- Explore opportunities to get the Fundamental Rights Agency involved in addressing violations of freedom of conscience and religion of refugees.