The Ibero-American Congress for Life and Family writes letter to the Ministry of Foreign Affairs calling to protect freedom of speech. The platform unites 600 representatives from 16 countries. 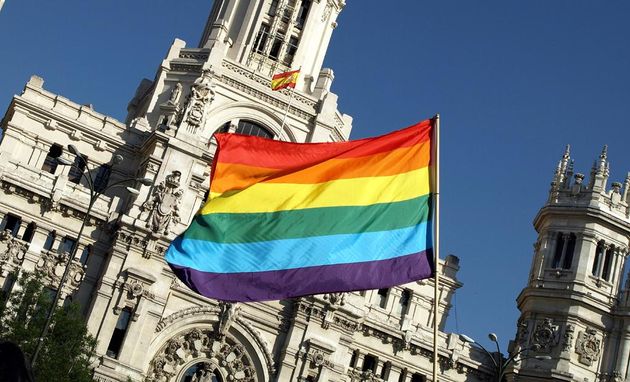 A rainbow flag in front of the Madrid City Hall.

The Ibero-American Congress for Life and Family has sent a letter to the Spanish Ministry of Foreign Affairs, expressing concern about the LGBT non Discrimination and Equality bill that could be approved in September.

The draft law was vindicated by political parties and social organisations in the recent World Pride mass demonstrations in Madrid.

The letter, signed by Aaron Lara Sánchez, coordinator of the entity that brings together Christian representatives of civil society, NGOs and churches from Latin American countries, expresses its concern for “the road to totalitarianism” undertaken by Spain.

“A lifestyle, culture and ideology of one sector is favored above the others to the point of censuring those who, belonging to another social group, disagree with their ways of life and behavior”, says the letter.

“Thinking differently is not homophobia”, the document argues, and having different standards of life is not discrimination”.

Having diverse point of views in a society is normal, because “democracy is diversity.”

“DEMOCRACY IS AT RISK”

The group believes “democracy is at risk when only one sector of the population is privileged and only one way of life is imposed.”

They criticize gender ideology because, although it presents itself as progressive, “it violates the majority of society, which must be silent in order not to be criticized, singled out, attacked, or offended.”

NO GROUP SHOULD HAVE SPECIAL PRIVILEGES

According to the platform, the natural family is the “basis of the society, as it ensures the survival of the species.”

“We hope that the interests of all citizens will be protected in Spain, a country that has been leading civil liberties and rights”, the letter concludes.

They joined to defend the “intrinsic value of the life of each individual and the cardinality of natural family, which is the union between a man and a woman who, united in marriage, complement each other in mutual help, friendship, respect and intimacy, ensuring the perpetuity of humanity, which makes them the basis of all society.”