‘Other Christians’ surpass Anglicans in Britain

The “British Social Attitudes” survey shows that 53% of the British describe themselves as ‘non-religious’. The decline in religious affiliation is hitting the Church of England particularly hard. 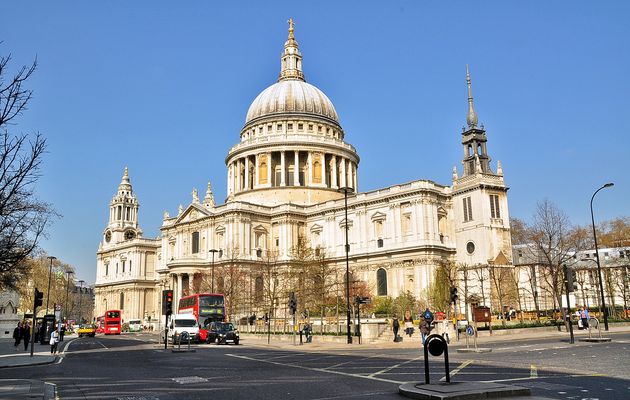 The Anglican catheral of Saint Paul in London.

The 2016 British Social Attitudes survey consisted of 2,942 interviews with a representative, random sample of adults in Britain. Interviewing was carried out between 13 July and 30 October 2016. 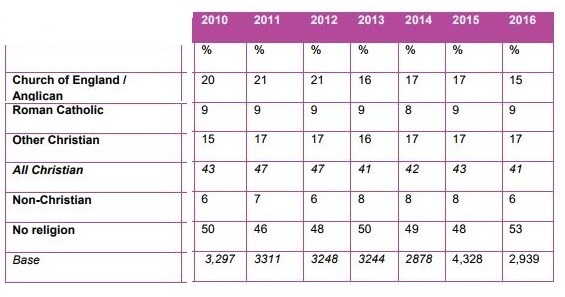 The survey reveals that the proportion of people ho describe themselves as having no religion is at its highest ever level.

The proportion of non-believers has increased gradually since the survey began in 1983, when the proportion saying they had no religion stood at 31%.

Additionally, 17% called themselves ‘Other Christian’ (including free evangelical Christians), 15% Anglican/Church of England, 9% Roman Catholic, and 6% Non-Christian.

According to NatCen ‘Other Christian’ “will include other Christian dominations and Christians who didn’t volunteer one. ‘Non-Christian’ includes people belonging to other faiths, with the largest being Islam.” 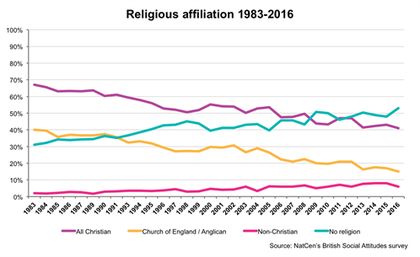 DECLINE OF CHURCH OF ENGLAND

The decline in religious affiliation is hitting the Church of England particularly hard. The proportion of Anglicans is now 15%, significantly down from the 40% first recorded by the BSA in 1983.

In Britain as a whole, the researchers “don’t see similar declines in the numbers of Catholics or ‘Other Christians’, with both percentages almost unchanged in 33 years.”

Meanwhile, the data shows that those belonging to no religion has been growing consistently for over 30 years and in 2016 reached that record of 53%.

There has been a decline in religious affiliation among all age groups between 2015 and 2016, but among the oldest people, those with no religion are in the minority. Four in ten people aged 65-74 say they have no religion and this drops to 27% of those aged 75 and over

And when it comes to the Church of England, young people are particularly under represented. Just 3% of those aged 18-24 described themselves as Anglican, compared to 40% of those aged 75 and over. 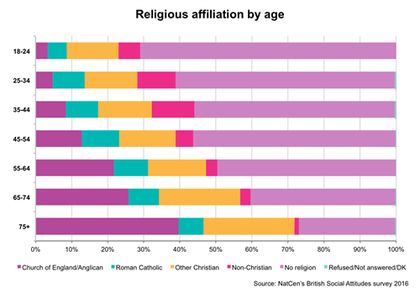 “THIS WILL NOT ABATE ANY TIME SOON”

“This increase follows the long-term trend of more and more of us not being religious. The differences by age are stark and with so many younger people not having a religion it’s hard to see this change abating any time soon”, Roger Harding, Head of Public Attitudes at NatCen explained.

He warned that “the falls in those belonging to the Church of England are the most notable, but these figures should cause all religious leaders to pause for thought."

“We know from the British Social Attitudes survey that religious people are becoming more socially liberal on issues like same sex relationships and abortion”, Harding said.