Evangelicals call to pray for Catalonia as conflict escalates

Tens of thousands protest in Barcelona while police raids Catalan government offices to stop unauthorised independence referendum. “As Spanish Evangelical Alliance, we are worried and feel pain seeing the crisis in Catalonia”. 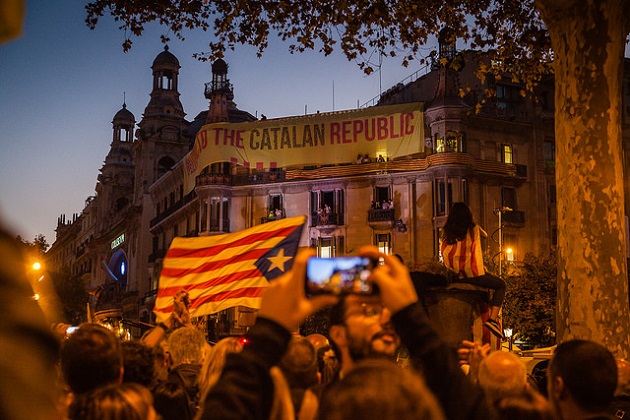 The Spanish authorities have sought to stop the unauthorised independence referendum organised by the Catalan regional government for October, 1.

According to surveys, half of Catalania's population (according to surveys) is in favour of becoming an independent republic. Through massive demonstrations - the latest, on September 11, gathered 500,000 people - many have demanded to hold a referendum.

Two weeks ago, the Catalan parliament (in Barcelona) approved a controversial law to make the vote happen. The referendum was inmdediately deemed as “illegal” by Prime Minister Mariano Rajoy.

After the Constitutional Court asked to stop the vote, on September, 20, Spanish police raided the Economy Department offices of the Catalan institutions, detaining 14 people, including several high senior officials. They were accused of organising the referendum. 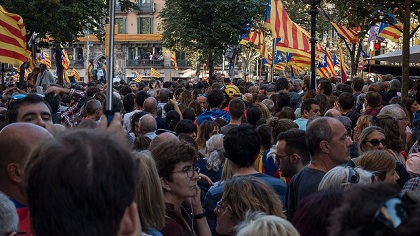 Special forces have been deployed in Catalonia, and 10 million ballot cards that could have been used in the referendum have been confiscated.

As the police operation started in Barcelona, thousands of people gathered on the streets to support the Catalan government, chanting: “Let us vote!” and “This also happened with dictator Franco!”.

Meanwhile, Catalan parties abandoned the Spanish Congress as Prime Minister Rajoy asked Catalan President Carles Puigdemont to stop the referendum as well as “the escalation of radicalism and disobedience”.

Rajoy has been criticised by other Spanish parties of not facilitating dialogue to find a political solution to the socio-political conflict.

So far, demonstrations have been peaceful, but tension in the last days has reached a new level.

PRAYER FOR CATALONIA AND SPAIN

Spanish Christians have issued a “call to pray for the crisis in Catalonia”.

“We are worried and feel pain as we see the crisis in Catalonia”, the Spanish Evangelical Alliance said in a statement on September, 21.

“It is not our calling to express what the solutions should be, but we feel compelled to bring all of Spain as well as Catalonia specifically, to Him who has all solutions in His hands”.

“In the Bible, we are reminded that ‘From one man he made all the nations, that they should inhabit the whole earth; and he marked out their appointed times in history and the boundaries of their lands. God did this so that they would seek him and perhaps reach out for him and find him, though he is not far from any one of us’ (Acts 17:2-27)”.

“This reminds us”, the statement says, “that God made us all equal, that He is the creator of all nations, that He determines what happens to these throughout history as well as the boundaries that are established or changed; and that all this He makes so that every person searches for God. He is not far from those who look for Him”.

“On the basis of our faith in God, in our love for the people of our country and the hope we have in Christ, we call every Christian to seek God in prayer so that he brings good relationships and the peace of God and with God that Christ came to bring is restored”.

The European Evangelical Alliance representative in Brussels, Arie de Pater, wrote an article on the situation in Spain and Catalonia, entitled: “Think beyond a simple Yes/no question”.