Some political parties had asked the AEE to propose specific amendments to the law. The draft law would affect freedom of speech, the education of children and would put pressure on the media. 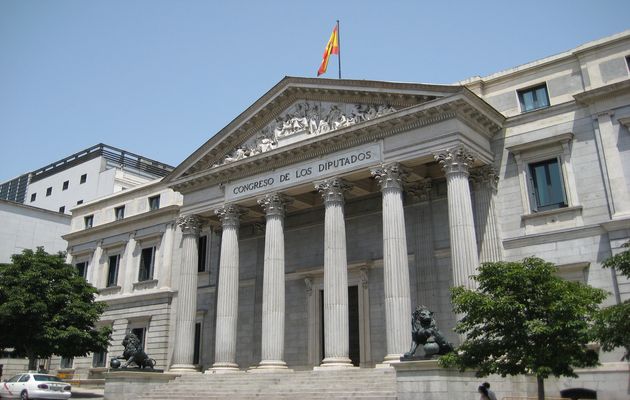 The Spanish LGBT Bill continues with its parliamentary procedure, after having been voted and approved by the Congress.

Now, the Equality Commission in the parliamenthas been charged with working on the proposal of amendments of the different parties to prepare the text that will be voted in the Congress in the next months.

AMENDMENTS TO THE LAW

All parties announced amendments to the text.

This includes the party that brought the law to the parliament, Unidos Podemos. The leftist group confirmed plans to make modifications in the parts of the proposed law that affect freedom of speech, after receiving strong criticism from many groups.

The conservative Popular Party (of Prime Minister Mariano Rajoy) is the only group that announced an amendment to the whole.

The Spanish Evangelical Alliance (AEE) has held meetings with political parties since early September, and some asked the AEE to prepare specific amendments, which have been given to the parties to be taken into account in their work in the Commission.

The AEE presents twelve points which summarise the issues that the evangelical entity considers more harmful for coexistence, freedom of speech and the rights of parents to educate their children.

In the document, the AEE expresses its concern about the fact that the law is presented plainly "accepts, as gender ideology proposes, that gender is a human category that can be in constant evolution, so that, it has to be perceived as a vital experience".

According to the document "that is a dogma based on ideology, not scientific evidence, and democracy or progress cannot be built based on dogmas".

The AEE also addresses the parents' right to have a say in crucial decisions like hormonal or surgical treatments for a change of sex.

"In many cases cross-hormonal treatment in children will later generate deep and irreversible traumas", the document says.

THE REVERSAL OF THE BURDEN OF THE PROOF

The AEE calls for the "reversal of the burden of proof" in accusations of homophobiato be eliminated, because this measure does not "equal everyone before the law and creates legal uncertainty, a fundamental element of the rule of law".

Regarding education, it requests that the law protects the right of parents to educate their children in accordance with their own worldview. Families should be able to claim "that their children should not be taught values and criteria that do not agree with their own religious and philosophical convictions".

Additionally, while the AEE does not oppose the fact that LGBT materials will be made available in public libraries, it also asks "to include the obligation for these libraries to have material concerning other groups that have historically been discriminated against because of their beliefs, religion, race, and language or birth".

The AEE adds that the penalty system should be modified, especially the sections that "violate freedom of speech".

"The public administrations should not watch for the inclusion of any ideology in the media. That implies an attack on the freedom of the media", the statement says.

The document finishes by calling for "effective equality for all citizens, without discrimination on grounds of birth, race, sex, religion, opinion or any other condition or personal or social circumstance, as established by the Constitution".

"We invite lawmakers to recover the spirit of democracy and real diversity in the debate on this Bill, not uncritically accepting the dogma, the new orthodoxy, the tutelage, inequality and intolerance, especially if they disguise themselves of progressivism", it concludes.

Evangelical Christians in Spain expressed their concerns when the LGBT Bill was first made public in May.

In an interview, the Secretary General of the Spanish Evangelical Alliance, Jaume Llenas, said democracies should be suspicious of initiatives which try to "turn an ideology into a truth" through a legal procedure. Llenas said: "It is healthy that any lifestyle is open to receive criticism, including the Christian lifestyle".

The AEE also analysed the risks of the future law in an in-depth document.

More than 10,000 people signed to stop the law and international organisations such as ADF International warned against what they described as the law of its kind that is ‘most harmful in the EU so far’.