Italian evangelicals face general elections with no hope of change

“In a country that has known no Reformation we are still grappling with the lack of pluralism and responsibility”, the Italian Evangelical Alliance says. 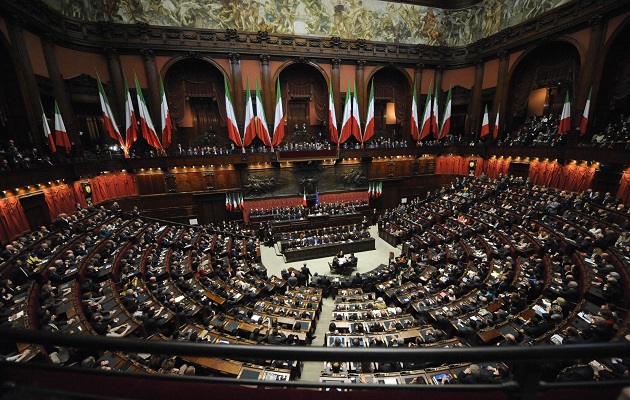 After the recent general elections in the Czech Republic and Finland, next Sunday, March 4, it is the turn of Italy.

The discourses aruond immigration have been the hot topic of the electoral campaign. The issue has been addressed by the center-right coalition led by the octogenarian Silvio Berlusconi, and composed of the parties Forza Italia, the League, and Brothers of Italy.

BERLUSCONI: “ONLY 5% OF THE MIGRANTS HAVE THE RIGHT TO STAY”

Berlusconi has promised to expel 600,000 of the 630,000 migrants residing in the country. “Only 5% have the right to stay as refugees. The rest are a social bomb prepared to explode because they live off crime”, the candidate said.

Apart from his speech against the migrants and his criticism of the European Union, he has promised a Ministry of the Elderly and to increase life expectancy up to 125 years.

“I do not think that the promise of Berlusconi to expel 600.000 people of the country can become a reality”, Leonardo de Chirico, Vice President of the Italian Evangelical Alliance (AEI) told Spanish news website Protestante Digital.

Chirico believes that “none of the parties has the cultural framework to deal with the issue, nor the policies to implement”. 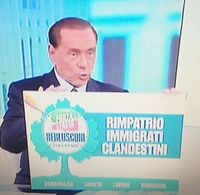 “If 20% of Italians own 60% of the resources, then the other 80% has nothing to do with migrants, who represent 0.07% of the population. But Berlusconi can win the elections because he is promising a minimum pension of 1,000 euros, tax reductions and the release of fees for the purchase of the first car and the first house”, explains Verónica Rossato, an Argentinian journalist living in Italy.

The Italian Evangelical Alliance (AEI) released the statement “Per il bene dell’Italia” (For the Good of Italy) during the 2008 elections, which is sitll valid 10 years later.

“In a country that has known no Reformation nor revolution we are still grappling with the lack of the basis of democracy: pluralism and responsibility. The lack of evangelical culture and influence is one of the key factors explaining the depressive mode of Italian politics”, the Vice President of the AEI said.

The first of the ten points that the AEI wrote in that statement for the Italian evangelicals during the elections, says that “those who exercise scientific, political and administrative responsibilities have a duty to protect human life in all its forms and in all its phases and, at the same time, to actively protect human rights”.

That is at risk because of the xenophobic elements of some speeches on immigration of the conventional parties, and the growth of neo-fascist parties which also participate in elections, and could get parliamentary representation, such as Casa Pound or Forza Nuova.

“The issue of migration is an open wound for the Italian people, who feel invaded by people who come from outside and neglected by the government because, considering the economic crisis, they think that the authorities support foreigners and Italians suffer”, Pia Bevacqua and Iván Arrieta, two missionaries based in Gangi, Sicily, pointed out.

“Candidates use that to make the Italian people more vulnerable, but nothing will change, as it has not changed for years. Meanwhile, they take advantage of this and obtain an economic benefit from the European community that most people, Italian and foreign, do not receive”, they added.

The current Prime Minister Paolo Gentiloni, signed an agreement with Libya in early 2017 to stop the flow of migrants in the central part of the Mediterranean, and approved a 200 million Euro fund in November, so that more people would stay in Africa and not reach the European continent, at least across the Italian borders.

It is the biggest pact against migration that has been made on the continent, apart from that of the European Union with Turkey. 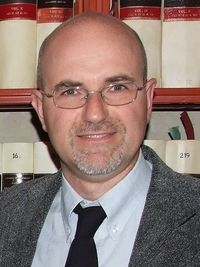 An action that, far from improving the situation, contributes to the slavery and human trafficking that occurs in the North African country, according to the United Nations, where people from all over the continent continue to cross the Mediterranean.

This is not only happening in Italy, it is a common pattern in many European countries, like in Germany, where the far right is already third force in the Bundestag, or in Austria, where they are part of the government, after its agreement with the conservatives.

“Europe has not decided yet what it wants to be and to do. We have a common currency but no identity nor vision for the future. In this uncertainty, the fear of the foreigner comes in as a kind of scape-goat”.

“EVANGELICALS VOTE ACROSS THE POLITICAL SPECTRUM”

It is difficult to identify a specific option as favorite or convenient for the evangelical community in Italy.

According to the AEI, “evangelicals tend to vote across the political spectrum”.

“Nobody seems to care about pluralism, religious freedom and responsibility. We would need to wait other long years before getting better conditions for minorities in public life and improvements of our bad legislation as far as religious freedom is concerned”, De Chirico said.

He denounced that “the 5 Star Movement never talks about these issues and the Democratic Party has done nothing to improve them”.

THE ROLE OF THE CHURCH

According to Chirico, “the lack of evangelical culture begins in evangelical churches. The Lausanne documents urging Christians to combine mission and social responsibility are still to be absorbed”.

“Churches in general find it difficult to elaborate Christian thought and values politically. They realize that we have a huge problem but have few tools to deal with it. We are still in the phase of becoming literate as far as evangelical thought and culture is concerned”, he explains.

That is why “our priority needs to be forming an evangelical culture of public engagement, that is capable of being a creative minority for the good of the country as a whole”.