In the referendum, 66% voted in favor of repealing the Eighth Amendment. Evangelicals and other groups of society will continue to defend the protection of unborn children as a Human Rights issue. 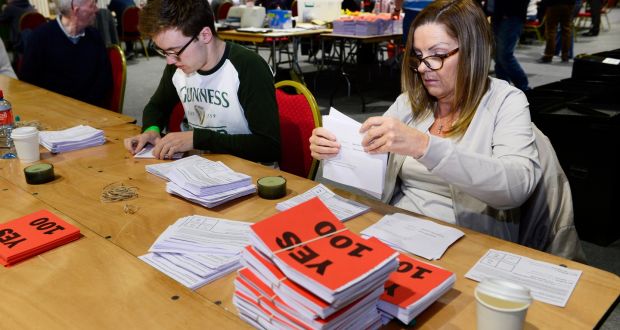 Votes coutig after the polls closed in Ireland. / Irish Times.

After the counting of votes in all the constituencies, the official results confired on Saturday a wide victory of the ‘yes’ to the liberalisation of the abortion in Ireland.

In the referendum held last Friday, 66% voted in favor of repealing the Eighth Amendment, while 33% did it against it. The turnout was 64%.

One of the first constituencies to declare a result was the district of Dublin Center, where the 76% of the voters supported the repeal.

The ‘yes’ won in all the constituencies except in Donegal, where 52% voted against repealing the Eighth Amendment.

The difference between urban and rural areas has been significant, with 72% and 63% respectively.

By age, young people between 18-24 years old have voted the most to end the Eighth Amendment of the Constitution, which until now gave the mother and her unborn child the same right to life.

After the results were announced, Irish Prime Minister Leo Varadkar said Ireland will have "a modern constitution for a modern country". 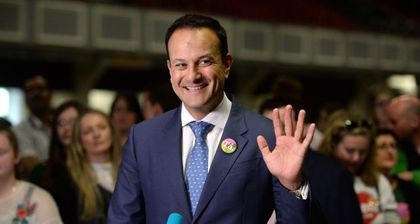 According to Varadkar, such a clear result in favor of the yes, supposes a "silent revolution". He announced that the new law of abortion "could be approved at the end of this year".

"I want to reassure you that Ireland today is the same as it was last week, but more tolerant, open and respectful", Varadkar said to those who voted no.

The Irish Government had proposed a law of terms that allows free abortion until week twelve. After twelve weeks, abortions will only be available if there is a risk to a woman’s life or serious harm to her and/or the foetus health.

However, before that, it was first necessary to repeal the Eighth Amendment of the Constitution, that is why the referendum has been held.

EAI: "THE PROTECTION OF THE UNBORN IS A HUMAN RIGHTS ISSUE"

The Evangelical Alliance of Ireland (EAI) issued a statement on the referendum, in which it defended the Eighth Amendment "as a positive Human Rights measure that marks us out as a foward thinking and progressive and society".

“We are opposed to the imposition of religious dogma through State compulsion or legislation. However, the protection of unborn children is a Human Rights issue and should not be viewed as simply a matter of Church and State separation or of religion versus secularism”, the EAI said in its statement.

Evangelicals in Northern Ireland also responded to the referendum.

“We would urge caution and hope that legislators will consider the concerns of the hundreds of thousands of people who voted no and temper their plans towards much more modest reform”, Public Policy officer at the Evangelical Alliance in Northern Ireland David Smyth said.

“Now is the time for all sides to put as much resource as they put into their campaigns into services for pregnancy crisis and addressing the structural and systemic inequalities which lead women to believe that abortion is their only ‘choice’”.

“Today we will continue to tell a better story than abortion, one that is more hopeful, creative and ultimately more human”.

Published in: Evangelical Focus - europe - Ireland will pass a new abortion law before the end of the year