“I am encouraging fellow Christians to stand up in political responsibilities”

Škripek is a Member of the European Parliament (MEP) and a convinced Christian. To him, praying for a seemingly hopeless situation as there is in Syria is a logical thing to do. 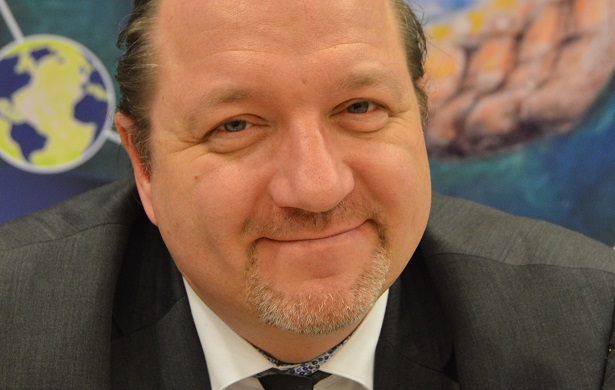 Starting a high level conference of the European Union with a short moment of prayer must be something very exceptional.

Yet, that is what happened when a group Syrians and EU-representatives met in a conference in Brussels some weeks ago.

Slovakian MEP Branislav Škripek, moderator of the talks, opened his speech with the words: “I would like to focus our attention first of all to the One who stands behind all human matters, the One who is able to change human disasters. Let us humble ourselves for a few seconds and ask God for a blessing”.

Škripek is president of the European Christian Political Movement (ECPM) and a convinced Christian. To him praying for a seemingly hopeless situation as there is in Syria is a logical act. Even though many people in the audience were Muslims, the parliamentarian did not hesitate to turn to Christ for a blessing.

“This is my constant behaviour in the European Parliament. What I can see from people’s personal reactions there is a gratitude for what I am doing. There are a number of MEP’s who share my beliefs although they do not always show it. It is healthy theology when we believe that God can work for the good of the people”, Škripek explains.

“When we humble ourselves and ask God for His help we can see things change. Without that I don’t think we will get a blessing. In conferences like these often many things are realised, but seldom the people think of God. I believe in the Biblical truth: if God does not build the house, the people work in vain”.

Branislav Škripek was not raised in a Christian environment. On the contrary, he grew up in Czechoslovakia when the country was still behind the Iron Curtain: “I was raised by a Communist mother. But I had an amazing experience of God visiting me and that changed my life”.

Later on, Škripek wondered why so few Christians were actively involved in politics. “I saw so many people turning to God and that changed their lives. But almost no-one cared about society. Then post-Communists grabbed our society; they had learned how to use politics. Finally we ended up in governments working with very corrupt businesses. Why? Because Christians did not go into politics. They did not bring the values of the Gospel. They believe that politics is so dirty they have to avoid it”. 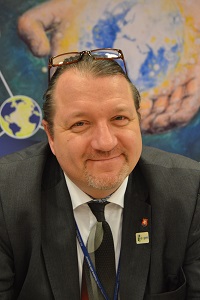 You have experienced the change in Communist Slovakia. Do the things you saw there make you hopeful for other areas in the world?

“Certainly. Christians can bring change in thinking and also in politics. I am encouraging many of my fellows to stand up in political responsibilities. We should not leave this to others. We are responsible for the values of the Gospel, we are responsible for bringing the goodness of God, the blessing of God which is expressed in social behaviour. Christians need to show what it is to live according to the teaching of Jesus, the teaching of the Bible. That will bring a blessing to the nations”.

FOR THE GOOD OF PEOPLE

Branislav Škripek is convinced that Christian values are healthy for society. It is not sufficient to focus just on human rights.

He regrets that many people are nowadays only concerned about their own rights and not about society as a whole. Many things that are considered now as rights do not reflect the Biblical standards. “It is a flawed concept of the human rights when the rights of the individual are estimated higher than the good of a whole body. Personal luxury is admired like a golden calf. Everything is supposed to be fulfilled in individual expectations. That approach will destroy our society”.

“We need to go back to the concept that good for society is higher than the luxury of one man. Many people are claiming rights that really are only demands. It is a privilege to have a family and to have a child. But it is not an absolute right. Neither is there the right to abort babies or a right to die”.

“But we see strange things in this world. You can even change the gender on your passport by simply asking. You wonder whether politicians are losing their mind”.

Do you get a lot of criticism for your points of view? “Of course, I am called a fundamentalist, which I am not. The European Union has as leitmotiv: ‘unity in diversity’. But how do we practice this? I am often denied my right to diversity because I am a conservative Christian. Where then is the diversity? So, I peacefully insist on my proclamation”.

Published in: Evangelical Focus - europe - “I am encouraging fellow Christians to stand up in political responsibilities”