Greek Christians get involved in the recovery of the Mati region

A team of young people from a local church clean burnt properties “removing items, carrying wood and offering a hope of restoration”. 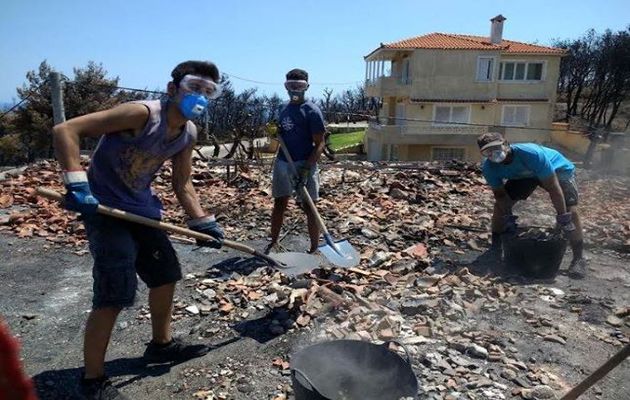 A team of young people from a local church nearby the fired area of Mati, Attica, went 10 times to help people with their burnt down properties. / Nikos Stamoulis.

Greece is still trying to recover from the worst forest fires it has suffered in more than a decade, which took place in the area of East Attica, near Athens.

According to official data, 92 people died and 34 are in a very severe state in the hospital.

Experts have warned about the pollution that burned cars and gas tanks which exploded have produced. Toxic substances and chemicals have seeped into the ground.

The demolition of 3,200 buildings would start immediately in the Attica region, which includes the capital Athens. 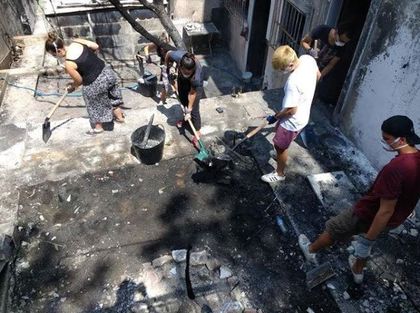 Prime Minister Alexis Tsipras, said Greece must no stop the illegal construction that has been common for decades because of the corruption of the former authorities.

“The situation is sad, as the catastrophic fire, has not only burnt down properties of thousand of houses, but it also left the people desperate and broken”, Nico Spies, a Christian in Athens, told Evangelical Focus.

Since the beginning of the rebuilding operations, the evangelical churches have offered their premises, such as a warehouse, to support the distribution of aid.

“We are helping with cleaning of the burnt properties, by removing items, carrying wood and offering a hope of restoration”, Spies said. 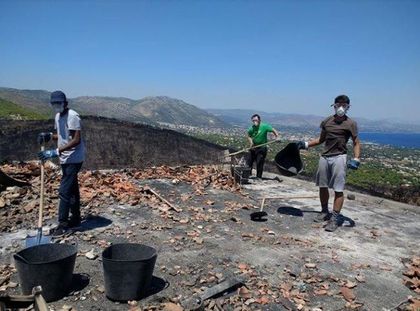 A team of teens and young people from a local church nearby the fired area of Mati, have been helping people with their burnt down properties for more than times.

“Until now we have cleaned 6 houses with more than 50 volunteers who are under 25 years”. However, “there is a huge need of volunteers to lift debris of the remaining buildings and to dig is”, Spies pointed out.

“PRAY FOR THE PEOPLE”

Volunteers aim “to show the people the hope and love of a God, who become flesh, became like us and brought hope of a holistic restoration through His resurrection”.

Greek Christians also ask fellow Christians worldwide to “continue to pray for the psychological restoration of people and families, and for the Christian community in Greece, so that they can impact others in this difficult time”.

Published in: Evangelical Focus - europe - Greek Christians get involved in the recovery of the Mati region