“The Catholic Church made the huge mistake of becoming so identified with Irish culture that it was left behind when culture changed”, says Ireland Evangelical Alliance Director Nick Park. 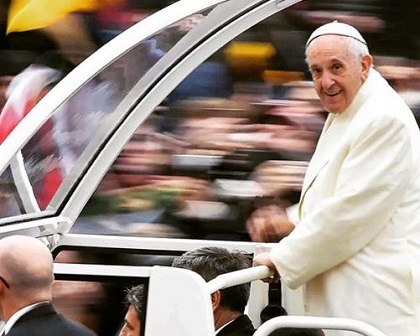 Three months after the abortion referendum, the Roman Catholic leader will find a country that has changed drastically in a very short period of time. “A traditional society transitioned to postmodernism without even going through modernism”, Nick Park, Director of the Evangeliclal Alliance Ireland told Evangelical Focus.

“Interestingly, the majority of people in Ireland still retain believe in God, Jesus and the resurrection”, the pastor says. “So their rejection of the Church is not necessarily a rejection of God”. 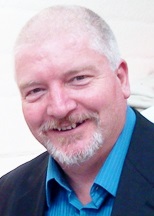 Question. Would you still call Ireland a “Catholic country”? How nominal is the faith of the majority who call themselves Christians?

Answer. Ireland is probably best described as culturally Catholic, but most people are nominal Catholics. The country is undergoing rapid secularisation. Still, more people attend church worship services each week than the combined totals that attend or participate in soccer, rugby and Gaelic Sports (the 3 most popular sports in Ireland).

Most people still have their children baptised, get married and have their funeral services in Catholic churches.

Q. What are the biggest changes the country has experienced in the last 40 years - since Pope John Paul II visited in 1979?

A. The biggest social changes since 1979 would be immigration, pluralism, postmodernism, liberalism and secularisation.

Ireland has gone from almost no immigration to a point where 15% of the population are immigrants. This has helped break up the Catholic religious monopoly, with membership of other religions no longer seen as peculiar or even suspicious.

Post-modernism has gone hand in hand with secularisation, so that people can easily accommodate lip-service to some elements of Catholicism with rejection of many Catholic values.

Interestingly, the majority of people in Ireland (including a majority of young people) still retain believe in God, Jesus and the resurrection. So their rejection of the Church is not necessarily a rejection of God. An increase in social liberalism has seen broader acceptance of homosexuality and abortion. 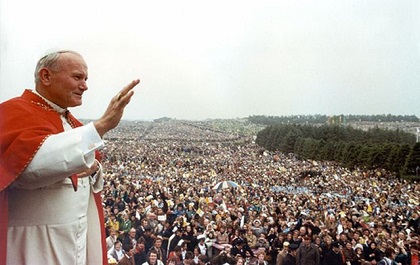 Q. 500,000 will go see Pope Francis. Will his visit have any kind of long term effect in the country?

A. It is questionable whether the Pope’s visit will have a lasting effect on the country. It will be a big event that comes and goes. 500,000 is indeed 10% of the population. But bear in mind that in 2014 400,000 bought tickets to a series of Garth Brooks concerts in Dublin (which were subsequently cancelled). Also, over 400,000 attended a traditional music festival in Drogheda last week.

Q. What is the role of the evangelical churches in advancing of the Gospel in the new secularised context? Can evangelicals learn from the mistakes of the Roman Catholic Church?

A. The Catholic Church made the huge mistake of becoming so identified with Irish culture that it was left behind when Irish culture changed rapidly (a traditional society transitioned to postmodernism without even going through modernism!).

As Anglican theologian Dean Inge once said: “Whoever marries the spirit of this age will find himself a widower in the next”. This means that fighting a string of culture wars is an ineffective and ultimately destructive response to secularisation.

Evangelicals need to remember that our role is to be a prophetic voice to a secular culture, rather than trying to create a “Christian society”. Instead of pretending we have all the answers for society, we need to be the people who are asking the right questions.

Q. One last question: Have the campaign and the referendum about abortion left open wounds in society?

A. The abortion referendum has left wounds, but largely among the religious. Those who wanted abortion have got what they wanted and are already moving on to other issues.

All Christians, not just Catholics, are taking stock of the heavy defeat in the abortion referendum, and its implications for the church. There is a recognition that the church lost moral authority in so many other areas that it was seen as merely being anti-abortion rather than genuinely pro-life.

Many christians see the need to be a life-affirming force in all areas of society.