“God is using these streams of immigrants to give us the opportunity to share the gospel with them”, says the new Swedish Evangelical Alliance Secretary General Olof Edsinger. “But our politicians were quite naïve”. 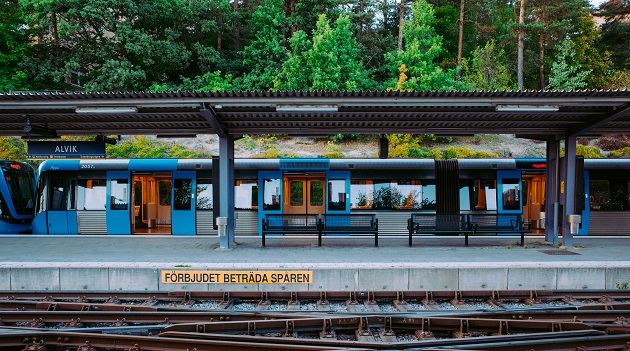 Sunday’s election in Sweden could transfer the frustration expressed by large parts of the population to the Parliament.

The growth of nationalistic and anti-migration feelings in the Nordic country has been closely observed in other places of Europe. The Swedish model of integration, solidarity and social stability now seems to be under scrutiny.

Ahead of the key vote of September 9, Olof Edsinger (43) spoke to Evangelical Focus about some of the question marks of the moment. Edsinger is the new Secretary General of the Swedish Evangelical Alliance since 2017, and lives in the university town Uppsala with his wife and three children. 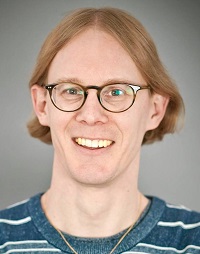 Question. Immigration has become the main talking point of this election. Why?

Answer. Because of a combination of several factors.

Firstly, Sweden was unprepared for the massive amount of immigrants coming to Europe during the last years. Our politicians were also quite naïve when it came to the policies around migration in general, resulting in an even larger stream of immigrants to Sweden specifically.

Then, the fact that many European countries more or less closed their borders to these immigrants, made Sweden one of very few countries left with a very generous policy around migration, putting an extremely high pressure on Sweden as a nation. This, in turn, has led to great financial costs related to migration during the last years.

Thirdly, Swedish politicians have not prioritized the politics around integration, a fact that has been painfully obvious during the last three to four years. There is now a lot of talk about “no go zones” and a rise in organized crime, which is often related to the issue of immigration.

Q. Besides migration, what other social issues are also important at this point in Sweden?

A. One general issue, that is also linked to the issue of immigration, is what is needed to uphold the Swedish welfare system.

The queues to our health care have grown significantly, the number of crimes that are solved by the police is decreasing, and our school system is increasingly losing control when it comes to the students’ results. As always, the issue of how to create jobs is also an important topic.

Q. How would you explain the growing support for the anti-migration and Eurosceptic Sweden Democrats party?

Once again, it is a combination of different factors. In Sweden, there is a tendency to allow only “one opinion at a time” in public discourse. This creates a culture where many issues are not possible to talk openly about. One of these issues has been immigration, and for a long time the Sweden Democrats were the only ones adressing this in the way many voters like.

The Sweden Democrats are very restrictive in their politics around migration, which is liked by many voters – in combination with their rising lack of confidence in the regular politicians.

The British author David Goodhart talks about “Somewheres” and “Anywheres”, whith Somewheres being the ones who feel like losers in the globalized economy of today. We have these groups in Sweden too, especially in rural areas or former industrial cities where many have lost their jobs. So basically, we have the same trend as Great Britain (leading to Brexit) and the USA (leading to the election of Donald Trump) – although not yet as strong as in these countries. 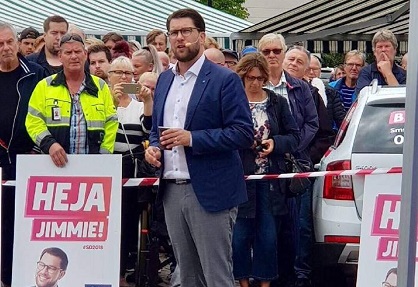 Q. Has the lack of involvement of other EU countries in welcoming refugees harmed the efforts made by Sweden in this area? Are far-right movements in Sweden mirroring others elsewhere?

A. Certainly. If the rest of the EU had shown more generosity, Sweden would have continued doing so too. Now we have been forced to change our policies, as they are only possible to uphold when we share responsibilities more evenly in the EU. I still think that some of these policies were too naïve for the present situation, but now the climate has changed in the opposite direction.

I don’t think Swedes are very much inspired by other movements, I rather think that the theory of David Goodhart gives us an explanation for the more general trend.

Q. Christians may have different views, but how are free evangelical churches generally approaching the whole issue of refugees since 2014?

A. The general approach has been a very generous outlook. The Pentecostal movement, for instance, has purposefully been talking about the “joy of integration”. Many churches have also seen quite a few former Muslims turn to Christ during the last years, which of course is a great joy to all of us. We think God is using these streams of immigrants to give us the opportunity to share the Gospel with them!

Q. What evangelical initiatives have been started in the field of immigration and refugees on a national level in the last years?

A. Sweden has a very good ecumenical climate – probably one of the best in the world. The issues around immigration have therefore been very natural to cooperate around in the broader ecumenical councils. Therefore we haven’t seen the need to prioritize this issue specifically in the Evangelical Alliance. There are also many other issues to focus on, such as the challenge of Muslem missionaries in Sweden, the Trans and Queer movement, and the general secularization of Swedish Christianity.

Q. How can Christians elsewhere pray for Sweden and the church in your country?

A. Please pray that we should be bold in holding forth both grace and truth, that we should realize more of our need for prayer and the guidance of the Holy Spirit, and that we may revive our existing churches and win a new generation for Christ!

Published in: Evangelical Focus - europe - Sweden decides about its generosity as Europe shuts the door to migrants