Evangelicals in Catalonia, one year after the independence vote

What is the role of evangelical Christians in the socio-political crisis? Three leaders share their perspectives. 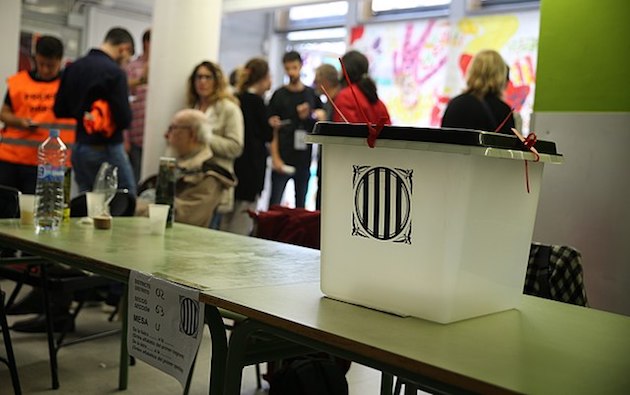 One of the thousands of ballot boxes used in the October 1 anauthorised referendum in Catalonia, Spain. / Wikimedia Commons HO (CC)

The unauthorised vote of October 1, 2017 marked a tipping point in the socio-political situation in Catalonia and the rest of Spain. One year later, the practical solutions seem to be far away.

The Spanish government and the Catalan government, parties, social movements, all have their own discourse, and no signs of real dialogue have been seen in the last months.

But there still have been major changes in the last 365 days. These twelve months have seen unprecedented events such as a unilateral declaration of independence of Catalonia’s Autonomous parliament; the application of the Article 155 of the Spanish Constitution, which included the imposition of direct rule of Spain’s government to call an early regional election in Catalonia; the imprisonment of several members of the Catalan government and the flight of President Puigdemont and other pro-independence leaders.

If that wasn’t enough, both the Spanish and the Catalan government have changed in the last 12 months.

This political storm has been clearly visible in the streets, with hundreds of thousands demonstrating on both sides, as well as in the conversations in public spaces and in the workplaces. The conflict has also shown a very crude side in the social media.

We have asked three evangelical Christians in Catalonia to share about how the whole situation is lived in society and in the churches. 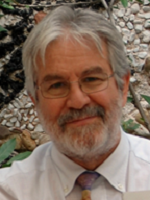 Roberto Velert is the Pastor of a Baptist church in Barcelona, and Director of the Good News Radio station. He thinks the situation in Catalonia is “chaotic” because “there is a clear division in Catalonia’s society, which goes beyond governments and affects many families”.

According to Velert, the politicians have also helped to grow this gap between people: “Except for some honourable exceptions, they just disqualify each other, instead of using their time to build wise bridges for communication”.

“Much controversy was caused by the imprisonment of pro-independence politicians”, says Jaume Llenas, Secretary General of the Spanish Evangelical Alliance. “There are some events that define the situation at this point: on one side, Catalans voted in December to give, again, majority to the pro-independence parties”, whereas in Spain, “the government at the time of the referendum has been substituted for another parliamentarian majority. The result is that there is another language, but the same outcome”.

“As Christians, I believe we always have reasons to be glad when the environment opens for dialogue and the tension decreases”, says Llenas. “But there is much to do to find a real solution to the problem between Spain and Catalonia, and it is obvious that we will not get there if unilateral solutions are imposed”. In other words, “if anyone believes they can find a solution which implies the victory of one group and the defeat of others, they’re making a very poor analysis of the situation”.

For Febe Jordà, a writer and pedagogue, it is not realistic to think Catalans who are seeking independence “will just forget forever about their longing for self-determination”, a yearning that has been “in the common conscience for centuries”. The episodes of violence when the police tried to stop the unauthorised vote will also “remain in the memory” of the nationalists.

Catalans who seek independence, like herself, “will not come to the conclusion that is shameful to have pro-independence views, or that the current territory of the Spanish state will remain the same forever, or that the Spanish law at this point of history is sacred and unchangeable”.

The long discussion between separatists and unionists has led to a situation in which “in many places the option is not to speak about this issue, because people already know what others think, and no one wants to be arguing all the time”. Velert says some Catalans got tired of politics. “The famous ‘seny’[common sense] of Catalans” has caused many to go to work, do their job, and respond with some sort of indifference to the spectacle we’re experiencing”.

The whole discussion “has become a taboo in certain areas”, says Jordà, and agrees with Velert: “Some just avoid the topic because there is life beyond the political conflict”.

Among evangelical churches, one can see people with diverse positions, as in the rest of society. But, has there been an active participation of the evangelical people in the debate?

The three leaders we have asked all agree that the role of evangelical Christians has not been distinctive. “In general, evangelicals have a low profile in this issue”, says Jaume Llenas. “This continues with the sad reality of the ‘silence of the sheep’”, says Roberto Velert. “We continue to be invisible for the Catalan society, in this issue as in others”, adds Jordà.

This “deficit”, says Llenas, has to do with a lack of training of believers in “thinking about reality with a Biblical mindset”.

The consequence is that evangelicals usually end up expressing their ideas either “like hooligans, uncritically assuming the opinion of one sector of society without filtering that ideology through a Biblical worldview” or “just not getting involved because the believer thinks there is a sacred-secular divide, and therefore politics has nothing to do with Christianity”.

Roberto Velert, who positions himself in favour of the unity of Spain, would like to see more “prophetic voices that denounce the disdain [of Catalan nationalists] towards the justice system, which has and will have grave consequences. There is a lack of people contrasting the political and demagogic values with the light of the Bible”.

Jordà, who is in favour of creating a Catalan state, laments that “some pastors have used the pulpit for unionist propaganda”.

LIVING THE FAITH IN THE MIDDST OF DISCREPANCY

Ideological filter bubbles and insults against the views of other groups have been a huge obstacle for a healthy debate in Catalonia. The challenge for Christians in this context is to make a difference. 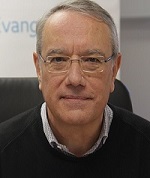 The principle of tolerance, says Jaume Llenas, should go beyond the postmodern definition that just accepts all ideas as equally valid. “Biblical tolerance says that there is actually a truth and a lie, there is good and evil, and that conforming to the truth is good. But we’re not trying to shut down the expressions of those who think differently, because ‘the right not to listen to others’ does not exist! We want a society in which proposals of different groups are included”.

Similarly, Roberto Velert considers that “the faith in Jesus implies the capacity of reasoning with justice”, and that “will influence in our respect towards the ideas of others”. This respect should be “adorned” with “the Fruit of the Spirit: calmness, self-control, meekness, kindness, and something that defines all children of God: peacemakers”.

“The factor of faith is positive and minimises very much”, expresses Jordà, “because the most important thing in our lives is the Lord and His salvation; that is what will unite us”.

Sadly, Christians do not always live up to this standard. “Comparing those who have ideas we don’t like with Nazis, terrorists, etc., does not encourage dialogue and understanding”, says Llenas.

“If we look at the social media – adds Febe Jordà – it is very sad to verify that grace, which has been given freely to us, is lacking in how we treat others. At times, the most scornful and merciless attacks come from those who, in theory, are brothers and sisters in the faith”.

This contradiction is also visible in a society that has traditionally been Catholic. Velert: “If politicians in Catalonia, who attend mass in the Basilica of Mercé on festive days truly lived out something of the Christian faith, many issues would be solved with much more efficiency”.

Published in: Evangelical Focus - europe - Evangelicals in Catalonia, one year after the independence vote