With more than 4,000 places of worship, evangelicals continue to advance in number in Spain. In an interview, researcher Máximo Álvarez analyzes this increase. 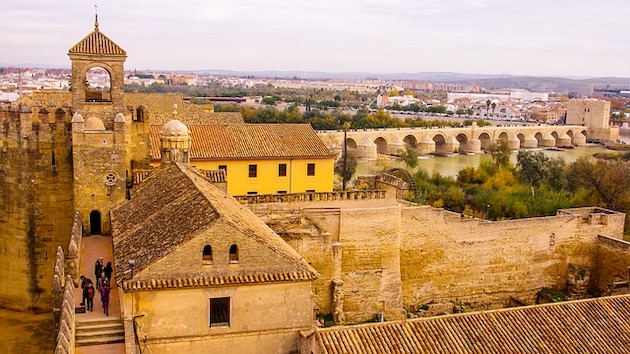 Although they are still a minority, the number of evangelical Christians, and its percentage with respect to the total population in Spain, has not stopped growing in the last 30 years, reaching more than 4,000 places of worship.

This growth has been analyzed by the Spanish ministry Evangelism In Depth (EVAF in Spanish), whose director, Máximo Álvarez, is presenting a study about the evangelical presence in the province of Córdoba, in the southern of the country.

This city is a good reflection of what has happened in Spain in terms of evangelical growth.

Córdoba has gone from 0.08 evangelicals in 1993 to 0.4 today, that is, evangelicals have increased fivefold in 25 years. There were 16 churches then, and now there are 53.

According to Álvarez, the growth of evangelical churches is a source of joy, but at the same time, more could be done to reach people and cities, he thinks.

There are still hundreds of villages and cities of more than 5,000 inhabitants in Spain without any evangelical church.

Question. What would you highlight about the growth of evangelicals in Córdoba?

Answer. The number of evangelicals has been growing, but the growth is still not great among the natives. There really is a remarkable growth, but mainly because of the migrants. The greatest growth that has occurred since 2002 has been among them.

Q. Is this strong presence of Latin Americans, due to the migrants that arrived at the beginning of the century?

A. That's right. The "pull effect" that took place in 2002, with a very important influx of people from Latin America, brought growth in the evangelical churches.

Q. How is the integration of these people in the churches in Spain?

A. It is a 50% integration. On the one hand, the first tendency of the Latin brothers is to reach others from Latin America living in Spain, because they find more receptivity in them.

That is why Latin churches increase, because they mainly deal with people from Latin American countries. Those who accept the evangelical faith usually go initially to Latin churches.

There is also a percentage of brothers who have had experience in the ministry in their countries, and upon arriving in Spain, they find a certain exclusion from the leadership spaces.

For this reason, it has been difficult for them to integrate themselves into the native churches, while churches formed by migrants are more receptive and believe more in the capacities of these people.

Although there are Latin brothers who love the local church, I have observed that the people who arrive here, find a higher level of receptivity in a Latin-style church than in the native churches.

Q. You start this statistical study in 1993, when tere is a 0.08 per cent of evangelicals in the province of Córdoba. Currently it reaches 0.4 per cent. How do you analyse this change?

Additionally, there are about 20 pioneer mission works that, if we work well, will become new churches someday. At this rate, in five years, the growth will be noticeable. I am encouraged by these figures.

Q. On previous occasions, you commented that there is a general initiative among evangelicals for the planting of churches, is that correct?

A. Yes. The leadership of Spain should focus on Ephesians 4.11-12. There are five training ministries. The key is that these ministries work to enable the congregation to fulfill the work of the ministry, and not just depend so much on the leaders doing the work.

We are all believers who must be involved in the spread of the gospel. The more we train believers, the more growth we will have.

But the problem is that in the congregations we have many only attending as consumers, and not carrying out the work. So I would encourage the leaders to do train others.

Q. Is there a strategy outlined?

A. The leadership of Córdoba is aware of the places where there is a need, and the congregations want to be involved.

It is a good example for other provinces. There is a good level of unity. That is key to the missionary effort.

In Córdoba there are about twenty cities with more than 5,000 inhabitants that do not have a congregation. In some of them, churches are being planted, and some have had churches that are no longer there.

We have to be realistic, there are difficult times and sometimes you go backwards. However, the churches know what the need is and this is a good model.

The leaders of the provinces should be aware of the need of each province, and be encouraged by that.

We see progress in the number of people who are receiving the training of Multiplication Network, M4 and other strategies. But along with the training, the best would be mobilizing those 3,400 believers in Córdoba.

Another important aspect would be that the leadership recognizes the role of the planter. As this role is not clear, sometimes the brothers and sisters who are doing this function are not supported. It would be important for us to recognize that, if someone has a passion for planting, the church enhances this value. 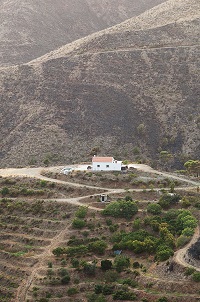 Q. What is the situation at the national level?

A. At the last meeting of La Plaza (an interdenominational church planting movement), I was given the opportunity to present this work. When I did the statistical work in 2017 for the 500th Anniversary of the Reformation, there were still 568 large towns without a church.

After one year, there is an advance: 175 new congregations have been planted in Spain, fourteen each month. Three and a half churches are born every week.

Something is happening there and that has to encourage us. If we continue with the work of training and sending, a wonderful growth is coming in Spain.

Q. What message would you give to evangelicals regarding the advancement of the gospel in this country?

A. I was struck by Luke 12:15. Jesus speaks of priorities, and tells the disciples to guard themselves from all greed. We are spending a lot for us, we are accumulating.

A national newspaper said recently that Spaniards are having a hard time making ends meet, but at the same time we have the shelves full.

There is very little investment in evangelization in Spain, and this has to change. The text says it clear, that investing here is foolish.

The church in Spain is called to what Luke 16.9 says - let us make friends with the 'unjust riches' to invest in the eternal.

We need a change. We have been stingy, we have not been generous, and that has contributed to slow growth.

If we invest, it will directly affect evangelization. Do not think only about what companies should do, each believer can take this responsibility.