GBU Spain: 50 years of mission among students and graduates

Pioneers of the evangelical student movement in Spain were honoured in a special celebration. Around 500 people gathered for a national conference with the theme “Shining Like Stars”. 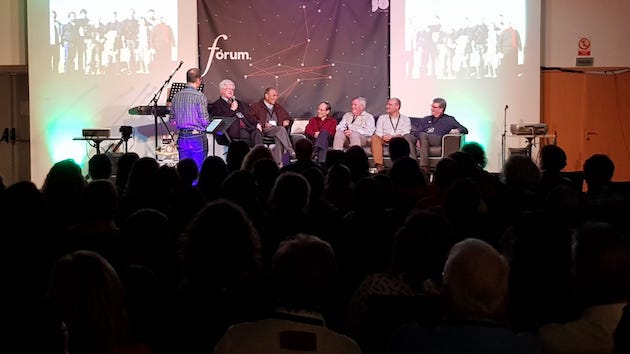 Pioneers of GBU Spain shared memories in a special night to celebrate the 50th anniversary of the Spanish evangelical student movement. / Protestante Digital

The GBU (Bible Groups at University) in Spain celebrated their first 50 years of existence with a conference in Cullera, near Valencia, 5-8 December.

The IFES student movement in the country was started in 1968, when the dictatorship of Francisco Franco was still trying to repress the pro-democracy protests in universities.

Pioneers who helped start the first association of evangelical students, such as Stuart Park and David Burt (both from England), Samuel Escobar (Perú) shared with the 500 participants attending the ‘Fórum GBU’ about the difficult beginnings. The number of Spanish believers going to university was still low, and most evangelical churches had not yet understood the importance of bearing witness in the key mission field of higher education.

Black and white photographies of the first students groups and a documentary about the history of GBU shown for the first time helped create a special environment during the 50 anniversary celebration of Friday night. Key people who have passed away such as missionary Ruth Siemens were remembered. Balloons and a birthday cake were part of the party as well.

“We are aware that the Lord goes ahead of us”, said Francisco Mira, former Secretary General of GBU Spain. “The student movement in Spain is the fruit of many workers and many volunteers. Hundreds of people have served, and built this movement until now”, he added.

Lindsay Brown, former Secretary General of IFES on a global scale, shared in the plenaries about the advance of the gospel around the world. 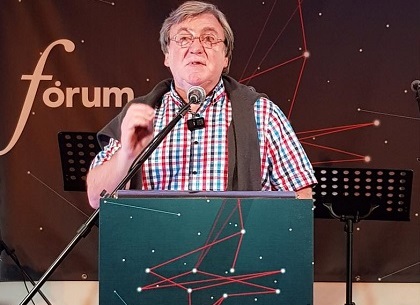 Speaking of Spain, Brown enthusiastically underlined the maturity of old evangelical students which later made an impact in the country’s churches, as well as the strong publishing house that was built through the effort of graduates who both translated good books into Spanish, and authored many others.

“Shining Like Stars” was the theme of the whole gathering. The Bible verse is also the title of Brown's book about the history of IFES. 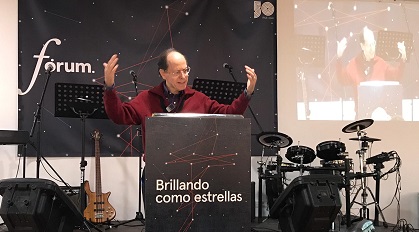 Around one third of the people at ‘Fórum’ were young people aged 25 or less. In their own parallel programme, workshops addressed issues like freedom of speech, the impact of Christians in their cities, intra-family relationships, evangelism, discipleship and the use of social media. 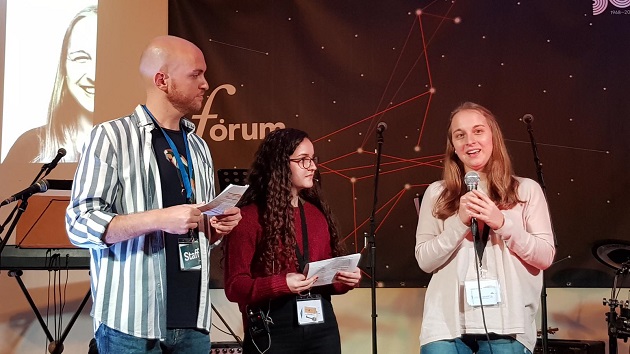 Teenagers who are members of the Bible Groups in Secondary Schools (GBE) in several cities were very active during the event.

‘Fórum’ also included a live artistic performance during the opening night, interviews with students about their witness in Spain’s universities, and a special program for children. 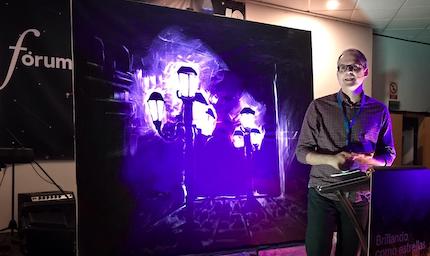