Most administrative prosecutions end in punishment. Many are prosecuted for sharing their faith on the street. “Believers go out to share their faith less often, and give out publications or invitations less openly”. 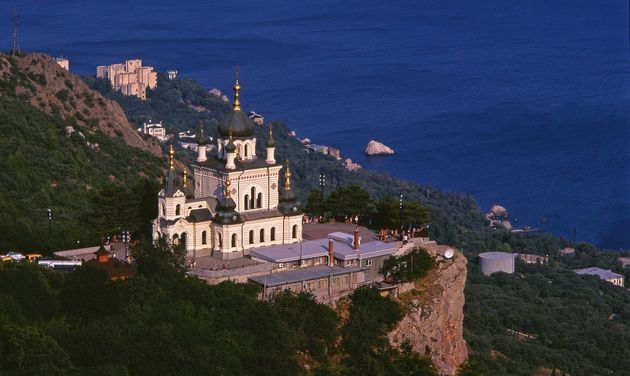 The Church of Christ's Resurrection in Crimea. / Wikimedia Commons.

The prosecutions against faith groups and individuals who carried out “missionary activity” in Russian-occupied Crimea, doubled in 2018, reaching 23 cases, the organisation for freedom of religion Forum 18 said.

Most of these are prosecuted for sharing their faith on the street, for holding worship at unapproved venues, or not using the full legal name of a registered religious community.

The Russian authorities also fined individuals for having or being deemed to be in charge of religious literature that the government considered “extremist”.

The fines can be up to 50,000 Russian Roubles (nearly two months' average local wages), and the confiscation of any literature or other material.

19 OF 23 CASES ENDED IN PUNISHMENT

According to Forum 18, of these 23 administrative prosecutions, 19 ended in punishment. In addition to these punishments, at least five individuals are facing criminal prosecution for exercising their freedom of religion or belief.

The communities known to have faced administrative cases in 2018 are: Pentecostal, Baptist, Lutheran, Russian Orthodox, Muslim and Karaite.

“BELIEVERS GO OUT TO SHARE THEIR FAITH LESS OFTEN”

A member of a religious community in Crimea, told Forum 18 that “believers go out to share their faith less often, and give out publications or invitations less openly”.

“It is a question not just of fines, if you don't pay then fines are doubled, then if you still don't pay they impose compulsory labour”, he added.

All the administrative cases in Crimea in 2018, were brought under the amendments to the Religion Law that President Putin signed in July 2016, which were immediately imposed in Crimea.

The law redefined “missionary activity” as any religious act done outside church premises. Any missionary or national believer must secure a government permit through a registered religious organisation.

Since the March 2014 Russian annexation of Crimea, local religious communities have to re-register under Russian law. Many were forced to restructure themselves to meet Russian requirements.