80% of wedding ceremonies in Spain are not religious

The Southern European country has transitioned from national Catholicism to secularism in only 25 years. 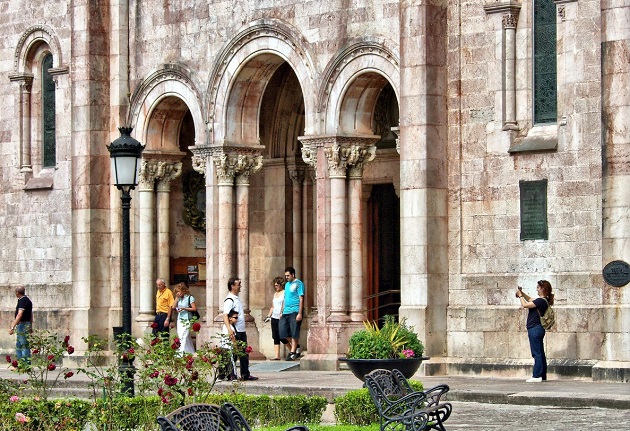 Around 27% of Spaniards identify as atheist, agnostic or non-religious, a new report by the Ferrer i Guardia Foundation shows.

It is the young people between 18 and 25 who define themselves as non-religious in the hightest proportion: 49%. But 88% of those aged 65 or older still identify as religious.

Overall, 69% of Spaniards still identify as believers. But only 26% say they practice their faith regularly (down from 51% in the year 2000).

These figures are in stark contrast with the reality in 1992, when 79.4% of the marriages were religious – mainly Catholic.

The strong secularisation of Spain in the last 25 years comes after a long period of dictatorship which linked national identity to Roman Catholicism.

But the fall of church attendance does not mean all faith groups are in crisis. Evangelical churches have experienced regular growth in the last years.

According to official figures, 197 new worship places were opened in 2018, reaching a record high of 4,238 evangelical worship places. Muslims (1632 worship places) and Jehova’s Witnesses (627) are the next religions in presence.

Published in: Evangelical Focus - europe - 80% of wedding ceremonies in Spain are not religious