Thousands of Christians march for Jesus in France

French Christians got together to pray, give Bibles, and share the gospel. “It is a privilege to freely testify publicly about our faith”, organisers said. 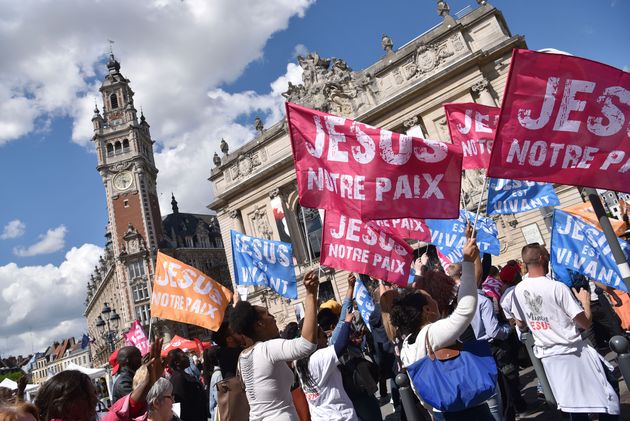 Thousands marched to testify of their faith. / Marche pour Jesus.

On May 25, thousands of French Christians took the streets to participate in a new edition of the Marche pour Jesus (March for Jesus).

French Christians, as well as a large number of Latino and African migrants, got together to pray for the nation, give Bibles in French and Arabic , and share the message of the gospel with posters, songs and conversations. 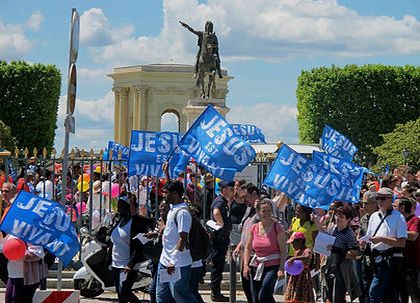 “IT IS A PRIVILEGE TO FREELY TESTIFY PUBLICLY OF OUR FAITH”

“Our country has been in the news lately because of social revolts, political tensions, physical and verbal violence. We, Christians in France, hear the distress of our people and firmly believe that the response to these situations lies in prayer and faith in Jesus Christ”, said the organizers in a press release.

They stressed that “it is a privilege to be able to freely testify publicly about our faith in the streets of our cities. Our only claim is to proclaim the love of Jesus”.

“Through the praise, the prayer and the proclamation of the Word of God, which are at the heart of the March, Christians of different sensibilities have an exceptional opportunity to meet their fellow citizens and give them a reason for hope”, they concluded. 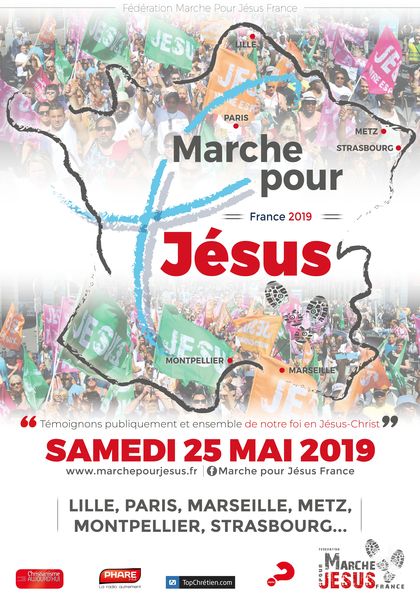 Published in: Evangelical Focus - europe - Thousands of Christians march for Jesus in France