“The more Christians keep silent on controversial themes, the narrower the space for freedom of speech gets”

Finnish MP Päivi Räsänen shares her thoughts about the police investigation opened against her for quoting the Bible on homosexuality. She is “amazed” that “so many are praying for me and my country”. 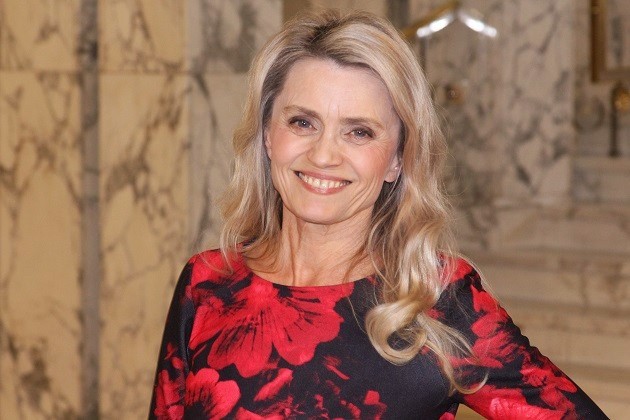 Päivi Räsanen, member of the Parliament of Finland and former Minister of the Interior. / Photo courtesy P. Räsanen

“The more we keep silent about difficult and controversial topical themes, the narrower the space for freedom of speech and religion gets”, says Päivi Räsänen, a Christian politician that has been a member of the Parliament of Finland for almost 15 years.

Räsänen spoke to Evangelical Focus after she made headlines in both national and international media when it was known that the police investigated a post on social media in which she quoted the Bible to criticise the participation of the Finnish Evangelical Lutheran Church – of which she is a member – in this year’s LGBT Pride festival.

The medical doctor, mother of five, and former Minister of the Interior (2011-15) is a committed Christian.

She thinks the case against her will be dropped. “I have a completely calm mind about this. I am going to use my freedom to believe and to speak accordingly, whatever the outcome of this process may be”.

Räsanen is married to a Lutheran pastor, and admits that the thought of resigning her membership of the Finnish Lutheran Church went through her mind at some point in the last weeks. But “as I prayed”, she explains, “I was convinced that now is the time to try to wake up the sleeping ones, not to jump out of a sinking boat”.

Read the full interview with Päivi Räsänen below. 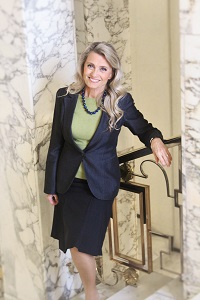 Question. Some weeks ago, you said you were concerned that Christians who believe in the Bible would be tempted to “censor” their faith. Why?

Answer. Freedom of religion is in principle strongly guaranteed and protected both in our Constitution and in the International Human Right Treaties. In practice, a major threat for the freedom of religion is that we don’t use this right. Many, especially the young people, are afraid that if you are labelled as a Bible-believing Christian, it will hinder your career and social acceptance.

Q. From the outside, it is difficult to understand that in a historically Protestant country like Finland (with a Lutheran Church to which belong more than 60% of the citizens) a majority would react so strongly against politicians who quote the Bible and hold to a Christian worldview. What is the key we’re missing to understand where the Finnish society stands at this point?

A. We are living at a time when the effect of Christian culture on society is narrowing. Although many Finns still belong to Christian churches and denominations, the basic teachings of the Christian faith are no longer views of the majority.

The breaking of the Christian worldview is visible both in the societal discussions and in the decision making, whether we are thinking of pro-life issues and the protection of life both in the beginning and in the end of life, or views related to marriage.

Having a traditional view of marriage has become a politically incorrect view in public discussions. However, many Finns do still understand and support the Christian worldview.

Q. You said you’re not afraid of the hate crime investigation. Have there been news lately? Do you think your case will be dismissed?

A. The police have started an investigation about my tweet and told me that they are looking for a prosecutor for my case. Nothing new has happened after this.

I do not think that my case would proceed to the prosecutor. Although I must admit that it came as a surprise for me that a police investigation even started. I have a completely calm mind about this. I am going to use my freedom to believe and to speak accordingly, whatever the outcome of this process may be.

Q. How strongly have agendas of external groups (LGBT, others…) put pressure to change the historic doctrines and teaching of the Finnish Evangelical Lutheran Church?

A. The advocacy groups of sexual minorities have strongly and aggressively affected the development of the church. There is a movement inside the Evangelical Lutheran Church of Finland whose aim is to legalize church weddings for same-sex couples. So-called rainbow masses have been organized in many churches, my own home church included. Also, homosexual couples have been blessed in the churches and some priests have also wedded gay couples.

I was shocked that the Evangelical Lutheran Church of Finland, which I am a member of, announced its official affiliation to Helsinki LGBT Pride 2019. Our Church Act states that “All doctrine must be examined and evaluated according to God’s Holy Word”.  Pride events celebrate acts and relations that the Bible calls sinful and shameful. Based on these Scriptures, I asked in my tweet that led to the police investigation: “How can the church’s doctrinal foundation, the Bible, be compatible with the lifting up of shame and sin as a subject of pride?”

I even considered resigning from the church. As I prayed, I was convinced that now is the time to try to wake up the sleeping ones, not to jump out of a sinking boat. My purpose was in no way to insult sexual minorities. My criticism was aimed to the leadership of the church. Also, I believe that every person has the right to hear the whole truth of God’s Word, both the Gospel and the Law. Only people who recognize their sins recognize they need Jesus, the propitiation for our sins. Therefore, we also must have the courage to call homosexual relations sinful.

Q. On a personal level, what have you learnt in these last weeks? Are there any conclusions on this issue that you and your husband – a Lutheran pastor – have come to?

A. God can do good things through adversities. I have had an amazing level of support from Christians both from Finland and from abroad. I see it as a wonderful privilege that so many are praying for me and my family. It is amazing that so many on the other side of the world are praying for Finland, my home country. I think this whole chain of events is part of my calling as a Christian influencer.

Q. Have you felt supported by other Finnish Christians since the case erupted? What has been the reaction of fellow members of your own party?

A. Yes, I have got much support. Of course, there is criticism and when it comes from those near to me, it hurts the most.

Q. Being a Christian, is the issue of LGBT identity and sexuality the most difficult topic to talk about in the public arena right now?

A. The Christian view of man is currently attacked in many ways. Contradictions between worldviews and values are visible in the discussions about marriage, gender or values of life, for example. In these questions we are at the core of unalienable truths.

God created man in His own image – this is why human life is sacred from the beginning to the end. God created us man and woman and instituted marriage between the two genders. The inner self of every human being, the natural moral understanding, understands this. The laws of nature do not change, nor does the Word of God.

I have written books on abortion and euthanasia that provoked discussion. By the way - they will be translated into English. Together with my husband, I have written a book on marriage, that is already translated in English: “What about Marriage”.

Q. What would you recommend to young Christians who have a passion for faith and society and are keen to enter the public conversation in the media, politics, etc.?

A. I encourage young people to speak about and proclaim the whole truth of the Word of God, both the Law and the Gospel. Trusting that the Bible is God’s Word and is a solid foundation for the Gospel to bring forth new life and win hearts to Jesus. Ultimately, questionable themes such as homosexual relations have to do with guilt. Guilt cannot be solved by denying it, but only by confessing it and receiving mercy and the message of forgiveness in Jesus’ sacrifice for our sins at the cross.

Q. Finally, why should European societies protect freedom of speech in this time of polarized ideological debates?

A. The more we keep silent about difficult and controversial topical themes, the narrower the space for freedom of speech and religion gets.

Published in: Evangelical Focus - europe - “The more Christians keep silent on controversial themes, the narrower the space for freedom of speech gets”