“Faith in Christ is a great starting point for political work”

Stephen Timms became a Christian in his teens, and his beliefs “have always been a source of great support and an inspiration” in his work. 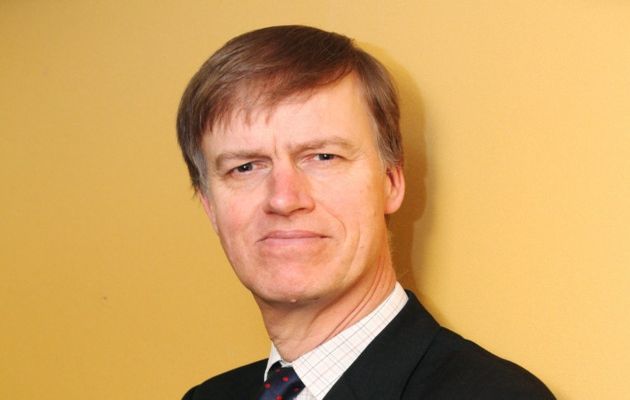 The British All Party Parliamentary group Christians in Parliament was created “to make a positive contribution to all areas of policy discussion and to support Christians of all denominations and parties in putting their faith and values into practice in their work in the Houses of Parliament”.

On May 7th, the UK General Election will take place and Evangelical Focus is sharing some of the testimonies of politicians who are members of Christians in Parliament.

Stephen Timms entered Parliament as Labour MP for Newham North East through a by-election on 9th June 1994, and was re-elected to the new constituency of East Ham in May 1997.

In the 2010 General Election he secured the biggest majority in the House of Commons, and was a Minister from 1998 until 2010, serving as Financial Secretary to the Treasury, Minister for Digital Britain and Minister for Pensions.

Timms is currently Member of Parliament for East Ham and the Shadow Minister for Employment. He is also the Labour Party Faith Envoy and Chair of Christians on the Left.

He did not grow up in a church-going family, but he became a Christian in his teens through attending a local group where he grew up.

He got involved in politics when he moved to London after finishing university: he did not know anyone in the capital except for a church in East London where he went on a mission trip while he was at university, so he started attending that church and joined the Labour Party to be involved in the life of the local community, first as a Councillor, and later as a Member of Parliament (MP).

“My politics has always been very closely linked with the calling that I experienced to East London”, Timms explained.

Timms has been a member of that same church in East London ever since, and that has been very important throughout all his political life.

“Being a member of my church has always been a source of great support and an inspiration as well”, the Chair of Christians on the Left said.

The Shadow Minister for Employment considers that it is not possible to separate being a Christian and working as a MP in the UK Parliament, and stated that his beliefs have a great influence on the way he serves others as a politician.

“People usually say that I should not mix religion and politics, but my experience is that faith in Christ is a great starting point for political work”.

You can see more of Stephen Timms´ faith journey in this video:

Published in: Evangelical Focus - europe - “Faith in Christ is a great starting point for political work”