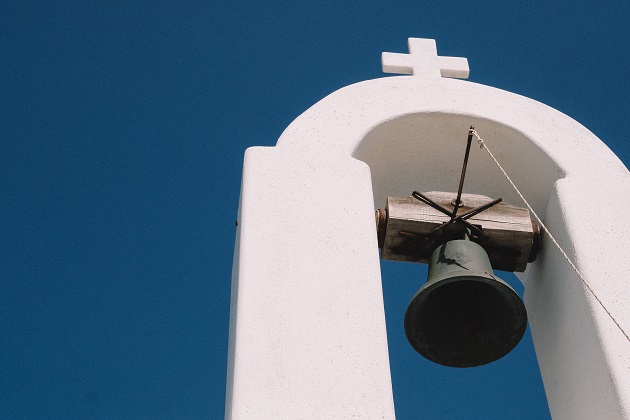 The global consensus on the importance of democratic rights has not always led to a strong democratic commitment of the governments.

This is one of the conclusions of a Pew Research survey with respondents of 34 countries. “A median of 52% of respondents are dissatisfied with how their democracy is working”, and “Greeks, Bulgarians and Nigerians register the highest levels of dissatisfaction”, the report says.

Additionally, 64% believe elected authorities do not care enough about what the views of the general population are, and one in two thinks “the State does not work for the benefit of all people”.

This perception of disaffection has increased in the last years, Pew Research explained.

An example is Italy, where the percentage of people who agree that the state is run for the benefit of all people has fallen from 88% in 2002 to 30% in 2019. 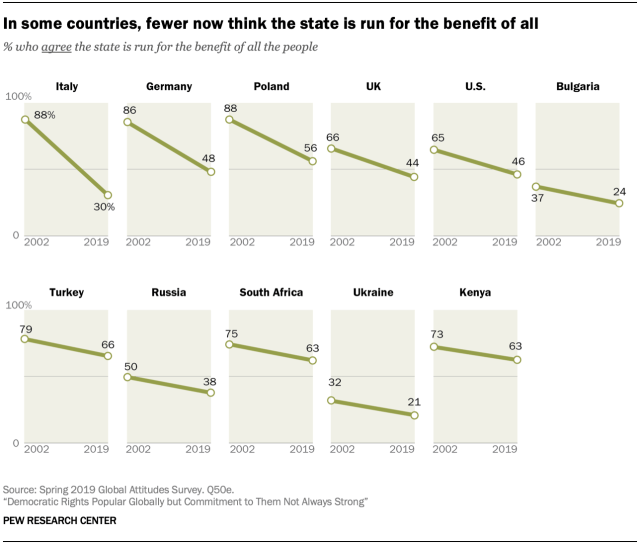 Most respondents (82%) still believe having a fair judiciary is the most important. Gender equality (74%) is also seen as very relevant, followed by religious freedom (68%) and other rights such as regular democratic elections (65%), freedom of expression (64%) and freedom of the press (64%). 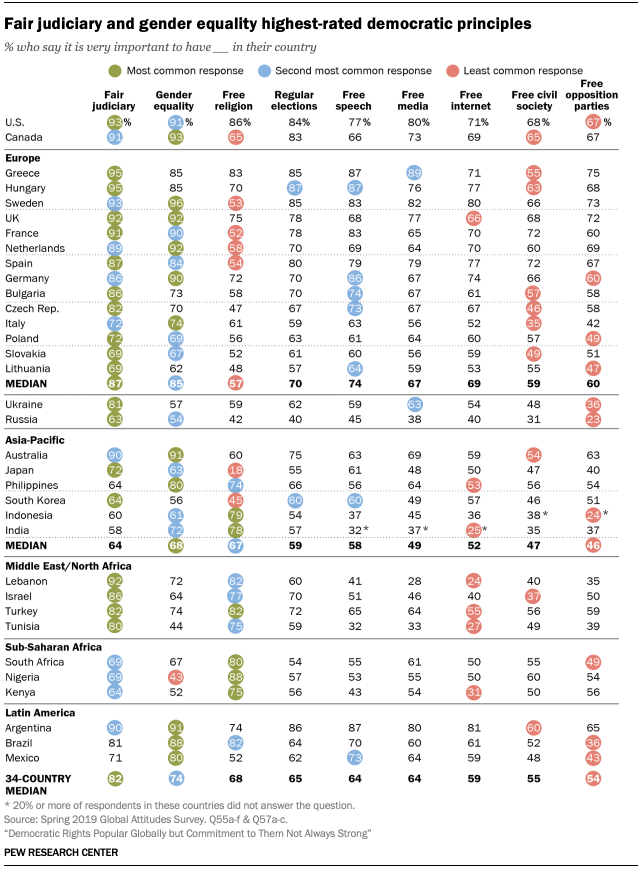 In regards to religious freedom, Europe breaks the trend of the rest of the world. For European respondents, this right is “the least common response” in the case of four countries – Sweden, France, the Netherlands, and Spain.

Religious freedom “is the lowest priority” in many secular nations, “especially in Europe”, the report says. “The same is true in Japan, South Korea and Canada”.

The opinions change drastically if we look at the Global South countries. In Africa, Nigeria (88%), South Africa (80%) and Kenya (75%) place religious freedom as the number one priority.

In Asian countries the appreciation of free religion is seen similarly. Respondents in India and Indonesia see religious freedom as the top priority; 78% and 79%, respectively.