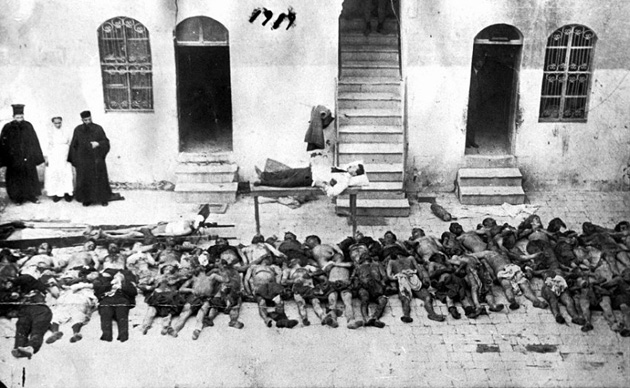 April 24th, 1915. This is the day in which the Armenian Genocide was started by the Ottoman Empire. 1.5 million people would lose their lives in the following years, intellectuals would be arrested, children given away to families they did not belong to, and many were deported, starved to death or sent to concentration camps.

100 years later, the Turkish government still does not acknowledge the Armenian genocide, even when an overwhelming majority of researchers (including evangelicals) have no doubt about it.

In the name of the World Evangelical Alliance (WEA), Bishop Efraim Tendero and Dr Thomas Schirrmacher have publicly asked Turkey to change their position and admit the harm done against hundreds of thousand of people, most of them Christians.

TENDERO: “TURKEY SHOULD COOPERATE, THE STORIES MUST BE TOLD”

In an open letter from sent yesterday 23 of April “to Old Oriental Churches and Christians in Commemoration of Armenian Genocide in 1915”, the general secretary of the WEA Efraim Tendero referred to the persecution of Christians happening now at the moment in Syria and Iraq and said that “ideologically, the horrors of the Middle East which are taking place before our eyes, are a repetition of the genocides 100 years ago.”

Tendero welcomed the fact that “international researchers have investigated the Armenian genocide in depth. We call on Turkey to now open its archives from the period of the First World War, as well as from the Turkish trials of the main participants in the genocide, for historians from around the world.”

“We very much regret that genocide research in relation to the Syro-Aramaic people and the Pontic Greeks is still in its infancy. Neither of their fates have been well researched in the last 50 years, yet we hope the worldwide commemoration this year may prompt the interest to satisfy this need. The stories of these people must be told.”

DID THE GENOCIDE ACTUALLY HAPPEN?

“Turkey does not only deny the genocide among the Armenians or the fact that we again are in the midst of a genocide of Oriental Christians in Iraq and Syria, but also discriminates Armenian and Syro-Aramaen Christians in Turkey as it did for the last 100 years”, thinks Thomas Schirrmacher, director of WEA’s International Institute for Religious Freedom (IIRF).

In a statement called “100 Years of Genocide: 10 Reasons Why the Turkish Government Is Mistaken”, the researcher responds to “new, different and, sometimes, conflicting” reasons given by the Turkish government to deny the genocide of Armenians, Syro-Arameans, and Pontic Greeks.

Turkish officials still affirm that there was a lack of intention and planning: most of the Armenians would have died, according to their version, as a result of starvation and disease. On the other hand, Turkey holds that the Armenians were insurgents and helped the enemy, therefore the expulsion policies of the Young Turks [who came to power in 1908] against the Armenians was a necessary act of self-defense.

“Legions of historians and genocide researchers have demonstrated through extensive source material that the two statements are wrong. Not one well-argued refutation of this source work has taken place on the part of Turkey. And allegations of politicians cannot refute academic research; politicians can only ban researchers”, answers Schirrmacher.

“If it was an act of self-defense, according to the Geneva Convention on the Rules of War, it should not have been directed against the civilian population, which made up the absolute mass of the victims. Did tens of thousands of children, even babies, those who died on hunger marches, also fight against Turkey?” 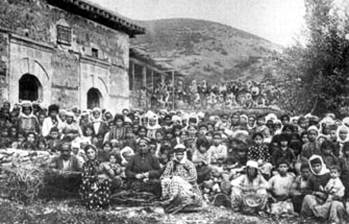 “Moreover, it is undisputed that a genocide can also be present when two warring factions wage war against each other, and one side attempts to kill not only fighters of the other side but also to exterminate the civilian population, e.g., through famine. Otherwise one could not speak of genocide during World War II.”

In the article, the director of IIRF goes through the process which lead the UN to coin the concept of Genocide in 1951 and why and why it is invalid to argue that because the concept did not exist, it may have not happened before in history.

CONSEQUENCES OF THE DENIAL NOWADAYS

Schirrmacher concludes: “Turkey continues to practice severe discrimination against Syrian and Armenian Christians, which we have documented in a German language report for the Hanns Seidel Foundation. It would be easy for Turkey to end the discrimination against the few remaining Christians in the country. As long as this does not happen, it sheds a very negative light on the position of Turkey regarding genocide.”

Therefore, “the European Union was right to include in its progress reports regarding preconditions for Turkey to join the EU both the ending of discrimination against Christians and the recognition of genocide.”