Pope Francis: Lutherans are “brothers and sisters in the faith”

Pope received the Lutheran Archbishop of Sweden and asked for more ecumenical unity: “Christian division contradicts the will of Christ”. 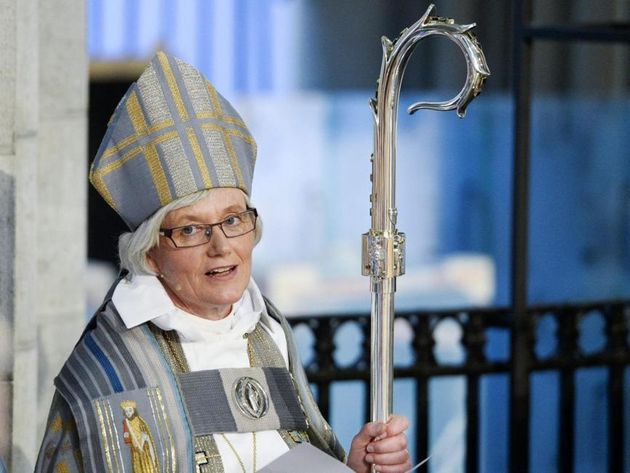 Head of the Church of Sweden and Archbishop of Uppsala, Antje Jackelén

Pope Francis met with the head of the Church of Sweden and Archbishop of Uppsala, Antje Jackelén. She was accompanied by a delegation from the Evangelical-Lutheran Church of Sweden.

The testimony of persecuted Christians around the world, the divisions over life and family that need to be avoided, the upcoming celebration of the 500th anniversary of the Lutheran Reformation in 2017, as well as more specific questions such as the recognition of the welcome given by the Swedish Lutherans to South Americans fleeing dictatorships, were some of the topics discussed by both religious leaders.

“The call to unity as followers of Our Lord Jesus Christ includes an urgent call for a common effort on the charity front, for the benefit of all those in the world who suffer poverty and violence and are especially in need of our mercy”, emphasised the pontiff.

Pope Francis added: “The issue of the dignity of human life which must be respected always, urgently needs to be addressed, as do issues relating to the family, marriage and sexuality, which cannot be played down or ignored for fear of jeopardising the ecumenical consensus already obtained.”

”It would be a shame for new denominational differences to form around such important questions”, he manifested.

THE CHURCH OF SWEDEN

The Evangelical-Lutheran Church of Sweden is a liberal denomination, which approved gay marriage for pastors and members of the congregations alike in 2010. Following this decision, the Lutheran Church of Ethiopia broke relationships with them, stating that they had “deliberately disobeyed the Word of God, and regrettably left the clear instructions of the Scriptures.”

Pope Francis talked about the 50th anniversary of the Vatican II decree on ecumenism, “Unitatis Redintegratio”, which is “still a fundamental reference point for the Catholic Church’s commitment to ecumenism”, he said.

Jorge Bergoglio explained that the document “highlighted that we cannot disregard ecumenism. It called upon all Catholics to take stock of the signs of the times and follow the path of unity, in order to overcome the division between Christians, which not only openly opposes Christ’s will, but is also a scandal in the world and harms the most holy of causes: the preaching of the Gospel to all creation.”

The Pope then remembered the recent document titled “From Conflict to Communion. Lutheran–Catholic Common Commemoration of the Reformation in 2017”, published by the Lutheran-Roman Catholic Commission on Unity.

“We wholeheartedly hope that this initiative will provide encouragement for further steps to be taken on the path toward unity, with the help of God and our collaboration with Him and between us”, he commented.

He admitted that here is a lot of work to do, but “we can be sure that the Paraclete Spirit will always be light and strength for spiritual ecumenism and theological dialogue", because the two churches are not adversaries, but rather "brothers and sisters in the faith", he concluded.

Finally the Pope added his personal thanks to the Lutheran Church in Sweden for its welcome of so many South American migrants who fled from the dictatorships on that continent during past decades.

It is not he first time that the Pope shows his intentions of being closer to other Christian faiths. According to the evangelical pastor and theologian Leonardo de Chirico: “Francis is open to all, be they Christians or non-Christians, religious or secular people. Evangelicals are just one piece in his vision. What he has in mind is a unity like a polyhedron: different ways to relate to the Catholic Church, but all connected to her maintaining central stage”.

Chirico believes that “dialogue is important in the awareness though that the Catholic Church is not just like any other Christian denomination. It has at its centre a political state, the Vatican; it still has an 'imperial' structure with global claims and financial power; it has dogmas which are not based on the Bible alone; it legitimises practices embedded in idolatry”.

Published in: Evangelical Focus - europe - Pope Francis: Lutherans are “brothers and sisters in the faith”