European Freedom Network gathered its partners for the third time to engage in collaborative dialogue on effective strategies in the fight against human trafficking at the Bridge Conference in Bucharest, Romania. 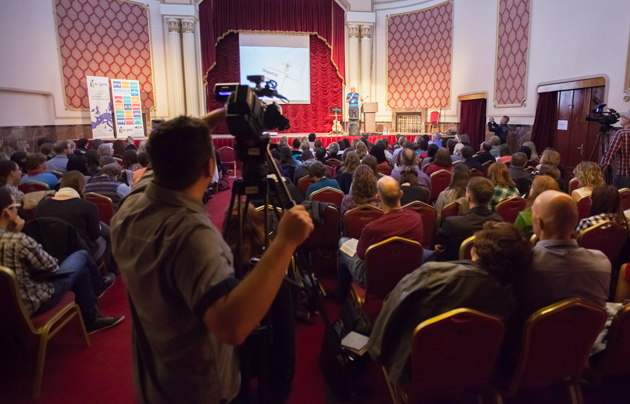 One of the main sessions of the Bridge conference, in Bucharest. / EFN

During the week of April 20th - 24th the much anticipated Bridge Conference took place in Bucharest, Romania.

This was the third gathering that the European Freedom Network, an initiative of the European Evangelical Alliance, organised since its establishment in 2009.

The conference hosted over 200 people representing some 130 organizations and ministries from 31 countries.

The European Freedom Network exists ‘to help the body of Christ in Europe work together effectively to prevent and combat human trafficking and sexual exploitation, and to seek the restoration of its victims’.

The main goal behind hosting the Bridge Conference was to assist in building a viable bridge to freedom across Europe. EFN works through relationships with non-governmental organizations, projects and individuals who are involved in various aspects of anti-trafficking work. This conference enabled many of the network’s partners to gather for few days of inspiration as well as practical collaboration in solving real life issues connected to this serious problem.

SUCCES IS FOUND IN COLLABORATION

Anne Read, the anti-human trafficking response coordinator for the Salvation Army UK, came not only as a participant but also to pass on the expertise from her years of experience. “I think there is huge value in coming together as a group of people who are all committed to this issue of human trafficking and exploitation of human beings”, she noted as the member of the World Evangelical Alliance’s anti-trafficking task force. 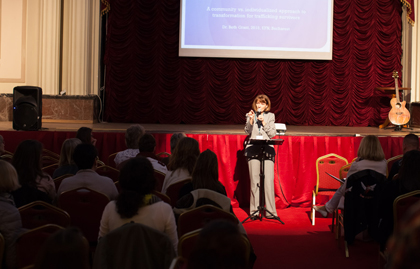 This year the focus was to strengthen the collaboration between individual ministries while equipping them and looking at the big picture of the work they are collectively doing in the anti-trafficking movement. The existence and importance of EFN was evident from the opening session on Monday evening. In the past, the network had attracted 80 participants to its initial consultation in Bankia, Bulgaria, while a second gathering in Cyprus saw 150 attendees. This year however, the conference hosted over 200 people representing some 130 organizations and ministries from 31 countries.

Among the first time-time attendees was Leendert Wolters who works with the Czech Evangelical Alliance in Prague. Their current focus is mainly on outreach to the trafficked and exploited people. He voiced a desire to contribute to the EFN and to be a voice in public society. He concluded it was “important to connect to international networks and organizations in order to learn from others.”

One of the aims of this year’s Bridge Conference was to also help individuals bring clarity in dealing with disappointments and expectations.

Viv and Sheila Thomas of Formation, which is focused on developing spectacular ordinary lives, leaders and organizations, were the key note speakers. They delivered messages on the importance of prayer, talked about the mystery and trust in the midst of our real, everyday, messy lives and reminded the participants of the powerful hope found in God. 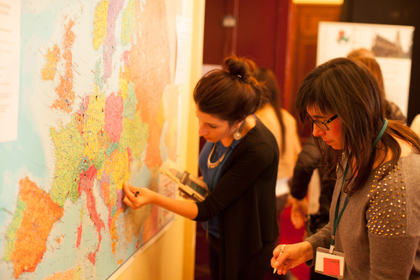 Another strong and important aspect of the conference was the element of networking. EFN invited a few experts to speak about this. One of them was Helen Sworn who is the Director and Founder of Chab Dai, an organization that focuses on addressing human trafficking and exploitation through facilitation of cross-sector and multi-organizational collaboration.

In several sessions, Helen explored the importance of developing healthy national coalitions and networks that will be far more successful in combatting the issues of human trafficking than any individual or solitary ministry ever could. In fact, this very message resonated throughout the entire week - there is much greater strength and impact that can be achieved from working together in collaboration than there is in working alone.

MEETING IN THE ROMANIAN PARLIAMENT

For many participants the highlight was Wednesday. This day was dedicated to a visit in the Romanian Parliament. More than 200 politicians, civil society representatives and EFN’s partners gathered at the ‘Politicians and Civil Society against human trafficking’ event hosted by the Romanian Parliamentary Working Group on combating the trafficking of persons in partnership with ECPM (European Christian Political Movement) and European Freedom Network. 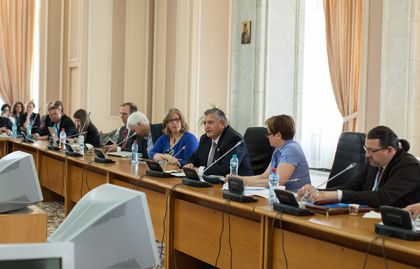 This International Conference taking place in the impressive Parliament building (which is incidentally the world's largest civilian building with an administrative function) was an extremely significant step towards resolving some crucial issues surrounding the human trafficking agenda on an European level.

Amongst those present were high level officials, including the former Romania President, Emil Constantinescu; Angel Tîlvar, Romanian Government Minister for Romanians abroad who chaired the morning session; State Secretaries for labor and social affairs; education, youth and sports; and external affairs; MEP Branislav Skripek and others.

In his speech Mr. Skripek expressed support of the models seeking to put a total ban on purchasing sex, which he considers the most effective way forward in fighting human trafficking and sexual exploitation.

According to Leo Van Doesburg who is the Director for European Affairs and Policy Adviser for the ECPM, it was evident that the politicians “took this (gathering) very seriously”. He said, “Human Trafficking has certainly the attention of the Romanian Politics. The problem is with implementation and mechanisms and the corruption within these systems.” As it was evidenced by the lengthy plenary session where most politicians remained until the end, there is a collective desire to find solutions in cooperation with NGOs and civil society representatives. 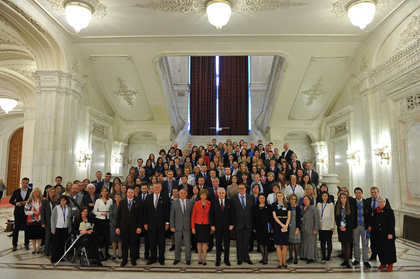 As the Bridge Conference neared the end, many were expressing their deep gratitude for the event. The spirit of celebration filled the main hall and spilled over into the hallways and side rooms as the attendees came together to network, share their experiences, listen, learn and be encouraged by each other.

When asked about the role of EFN in the Europe-wide platform on human trafficking, Sister Lynda Dearlove, the CEO and Founder of the UK based charity Women @the Well expressed this observation: “Perhaps it is the role of EFN, helping people to identify where they fit in and to mentor groups, organizations and churches to know at what level they could get involved, where they might be able to make the most impact and then to empower them to do that…”

This echoes what EFN hopes to accomplish in all their work at present and in the future and is captured in the network’s ethos, that “with God and with each other we are changing the situation.”