In Europe, hundreds of churches have joined to sing versions of “The Blessing” in their own language. See some of the videos. 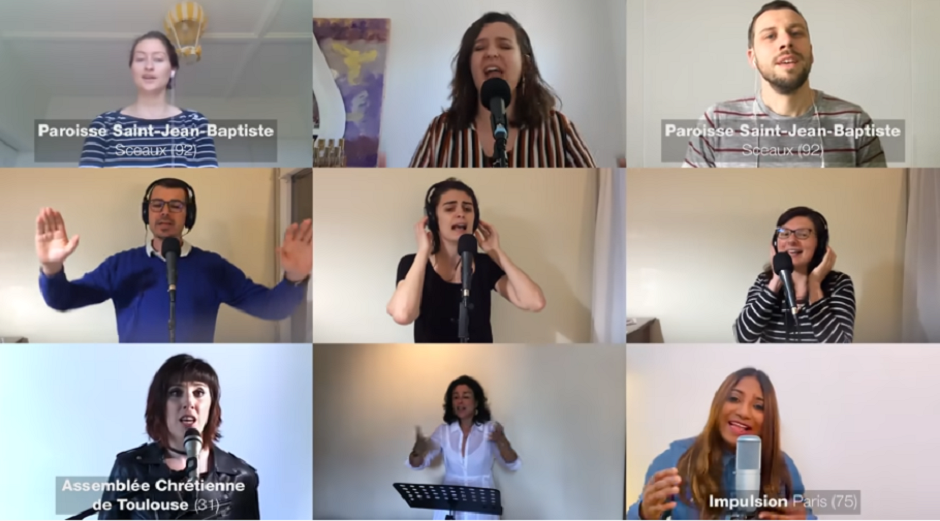 Some of the singers of the the French version of the song. / Capture Youtube La Bénédiction France

These are the words found in the Book of Numbers chapter 6 that have been heard by millions of people in the last months as they listened to the popular song “The Blessing”.

The song, originally performed by Elevation Worship (the worship ministry of a church in the United States) has rapidly become an international hymn adopted by Christians around the world.

In Europe, local churches of several countries have come together to bless their country with a coral performance that, in some cases, has brought together members of dozens of different evangelical communities.

In Germany, the song became very popular after being used in an online national prayer meeting that brought together around half a million people.

More than 3 million have viewed the United Kingdom blessing, a joint effort that was launched in the first days of May.

Also in Sweden, churches of different Christian denominations joined the project to bless the country in their home language.

Evangelical churches in Spain have also launched the joint initiative, bringing together worship groups of two dozen evangelical churches, as well as some of well-known Christian artists, in a performance that besides Spanish also includes official languages Catalan, Basque and Galician.

Over 130,000 people saw “La Bénédiction France”, the version that brought together over 100 churches in the country.

The same initiative with other songs

Some countries have decided to adapt the idea to a song that is better known in their national context. In Ireland, Christians from over 300 churches united to sing the ancient Irish hymn “Be Thou My Vision”.

In Turkey, believers have come together to sing “Kuşakların Ezgisi”. “Your God remembers his promise for a thousand generations”, says one of its verses.

Finally, a special mention to the version made with the voices of children from different countries, which can be seen here.