A union of Pentecostal churches denounces the “profitable business that turns a mother into an exploited object and her child into a living commodity”. 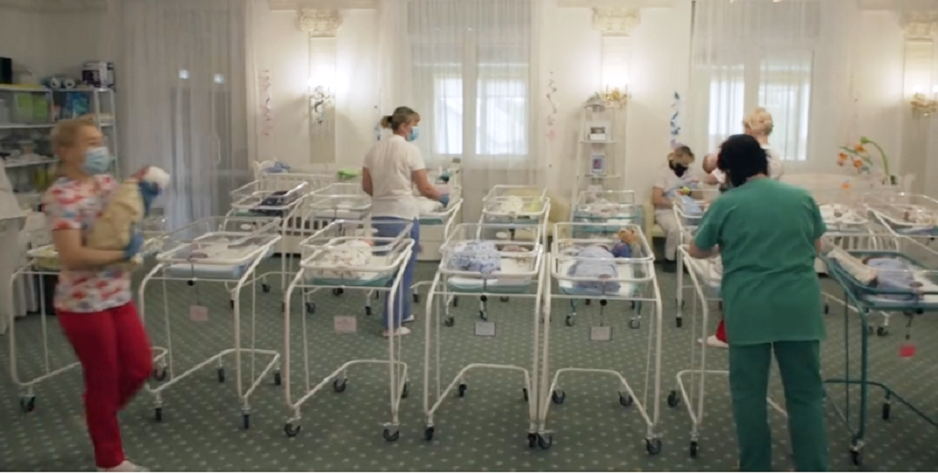 Babies of surrogate mothers stranded in a hotel in Kyiv, Ukraine. / Image captured from a BBC video report published on 15 May 2020

One of the most impacting images of the Covid-19 crisis has been that of a hotel room in Kyiv (Ukraine) with dozens of babies born to surrogate mothers waiting to be picked up.

The closing of borders left these new-born babies stranded, as the adults from foreign countries who had paid for the surrogacy process were not able to enter the country.

The debate about the ethics of surrogacy strongly came back to the public arena in Ukraine. In the last weeks, all kind of social groups have voiced their views about the issue of the rights of children and adults.

Among the Ukrainian Christians who have raised their voice is the Pentecostal federation “Christians for Ukraine”, which clearly rejected the controversial legal practice that has led Ukraine to become an ‘exporter’ of babies to other European countries and the rest of the world.

The evangelical group of churches said it “unequivocally condemned” what they said is a “scandal”.

The Senior Bishop of “Christians for Ukraine”, Mykhailo Panochko, said: “We believe that surrogacy violates the rights of mother and child, as a result of which the bond between the child and the mother who bore and gave birth is broken”.

“Mostly surrogacy in Ukraine is commercial – a profitable business that turns a mother into an exploited object and her child into a living commodity. In essence, such commercial surrogacy is human trafficking in Ukraine in the 21st century”.

The Commissioner for Children’s Rights of Ukraine, Mykola Kuleba, previously expressed his disapproval of surrogacy in Ukraine, comparing it to “child trafficking”. He also drew attention to a number of risks and dangers for both children and women.

According to Kuleba, agreeing to become a surrogate mother is voluntary slavery to which the woman agrees only out of reasons of poverty.

The ombudsman for children also denounced the impossibility of Ukraine's authorities to monitor the future fate of children born to surrogate mothers, pointing out that there have been cases in which “fictitious” families received the new-born children.

According to the legislation of Ukraine, married registered couples can use the services of surrogacy in Ukraine.

Published in: Evangelical Focus - europe - Ukrainian Christians condemn surrogacy because it “violates the rights of mother and child”