The European Evangelical Alliance praises the work of Jan Figel’, who finished his mandate in 2019. “It is important that the EU leads by example and shows that FoRB is a precious human right for all people”. 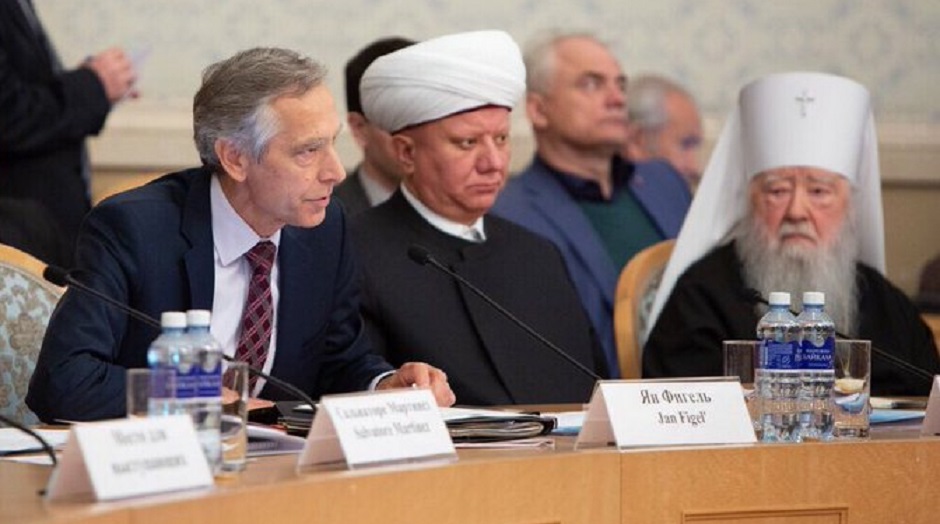 Jan Figel dialogued with instititutions and religious leaders from over 17 countries during his mandate. / Photo: Twitter Jan Figel'

The European Union has been sending signals that it is no longer interested in building its capacity to promote religious freedom outside of its borders.

The new role of European Union Special Envoy on Freedom of Religion or Belief (FoRB) outside the EU was created in 2016, in a European Commission then led by Jean-Claude Juncker.

The Slovak Jan Figel’ (a former European Commissioner and Minister) was the Special Envoy for four years, in a role that involved visiting non-EU countries to engage governments, social groups, human rights organisations and religious leaders on this human rights issue.

When his mandate finished in November 2019, he had visited 17 nations and addressed several difficult religious freedom crises.

According to Christian Solidarity Worldwide (CSW), both Asia Bibi and Petr Jasek have acknowledged that the work of Jan Figel’ had been key in securing their freedom.  CSW has recently addressed the situation by saying: “The European Commission had sent a strong signal to all international and multi-lateral partners about the efficacy and concrete results the Special Envoy yields for the EU and the wider international human rights-based approach. Not renewing the mandate would send mixed messages and forgo four years of constructive work”.

At this point, many have come to the conclusion that the position of the Special Envoy on FoRB will disappear in the new European Commission led by Ursula Von der Leyen.

Evangelical Focus asked the Brussels representative of the European Evangelical Alliance (EEA), Arie de Pater, about this issue. The body representing 23 million evangelical Christians in Brussles has been advocating, together with European Platform against Religious Intolerance and Discrimination (EPRID), for a renewal of the mandate.

Question. How do you evaluate Jan Figel's work during the 4 years promoting religious freedom outside the EU?

Answer. Mr Figel’ is every inch a diplomat and thanks to his diplomatic skills, he has been able to shape the mandate of the EU Special Envoy and implement it effectively. Mr Figel’ was located in DG DevCo and as such, not directly linked to the European External Action Service (EEAS) and the High Commissioner, the Special Representative for Human Rights, or the country experts. He has been able to establish good relations with these offices. Especially in light of the limited time and resources available, he has made 16 or 17 country visits and has been able to address several delicate situations.

Question. Have you had chances to work with the Special Envoy?

A. We have regularly been in touch with Mr Figel’ and his assistant in Brussels.

Q. Why do you think the EU is not responding to the calls to renew the figure of the Special Envoy? Are there groups who would prefer that the EU has not an external relations representative in the area of freedom of religion or belief?

A. The EU Special Envoy on FoRB had quite a rough start as the position was announced by the President of the European Commission in a meeting with the Pope.

It took many people by surprise (including EEAS officials) and raised suspicion that the mandate would mainly focus on persecuted Christians, rather than on Freedom of Religion or Belief for all.

And not everybody in the EU Institutions is convinced that we need a Special Envoy on Freedom of Religion or Belief in addition to the work of the EU Special Representative on Human Rights.

Q. What challenges are ahead in the area of religious freedom which demand a special envoy of the EU?

A. Not renewing the mandate of the EU Special Envoy would give the wrong signal to those countries were FoRB is currently at risk, as if it is no longer a priority to the EU, and the Special Representative will have to work hard to show it still is.

The general challenges to FoRB are either taking it for granted, or taking it as a hobbyhorse of religious groups. In both cases, we won’t take it seriously enough as a human right.

Worldwide, FoRB is under threat and it is not really getting any better. Across the globe, both religious and non-religious groups are facing limitations of their freedom.

It is important that the EU leads by example and shows that FoRB is a precious human right for all people.

Freedom of Thought, Conscience and Religion is linked to several other human rights and fundamental for an open and free society. That is why a special effort promoting and defending this right by the EU seems justified.

Published in: Evangelical Focus - europe - EU ignores calls to renew mandate of Special Envoy on Freedom of Religion or Belief